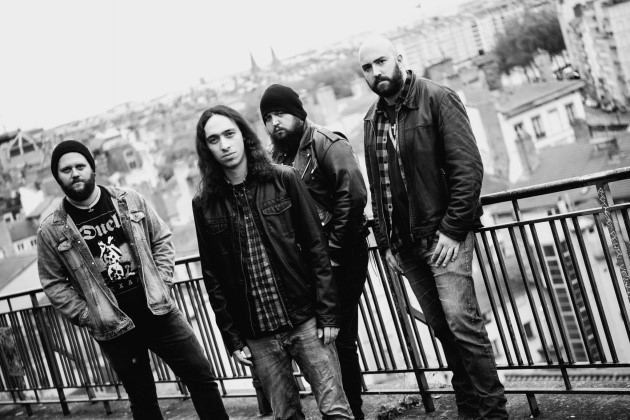 French heavy stoner rock overlords, GOATFATHER, have announced their signing with Argonauta Records, who will release the band’s sophomore album in early 2021!

With their acclaimed debut album, “Hipster Fister”, GOATFATHER quickly gained high praise from both fans and critics alike, and burst into the heavy rock scene with shows in support of acts such as STONED JESUS, MARS RED SKY or PLANET OF ZEUS to name just a few. Their filthy blend of high-voltage, heavy and powerful stoner rock takes you on a wild ride, and GOATFATHER’s new album will show no signs of slowing down on that trip! Fasten your seatbelts, as the “Monster Truck” will be rollin‘ as LP, CD and Digital formats in early 2021, says the band about their upcoming collaboration with Argonauta Records:

As Bruce Willis once said, to be the best you have to work with the best. So we’re very proud to announce our collaboration with Argonauta Records and All Noir! We know that Gero, Mona and all the Argonauta family are real music lovers, who like it heavy, fuzzy and groovy. Seems we were made to get along!

Now let’s kick some asses! Goatfather’s 2nd album “Monster Truck” will be released in 2021 in LP, CD and digital. So brace yourself and see you all in the pit (hopefully)!“

Label owner, Gero Lucisano, comments: “I’ve got the chance to be in touch with Raphaël, band’s drummer, a few months ago, he sent me some links and some band details I immediately found intriguing. After exchanging few messages I immediately got the band would have been ready for a collaboration with a label. They not only have a top notch sounding album, they also have that kind of attitude that I dig when it comes to understand that from now on we will work as a team. So do not expect GOATFATHER being just a band with a massive wall of groovy songs, yet also a bunch of guys with attitude and the need to shout their strength to the whole world. I’m excited to start now to work with them!”

Watch out for many more news, album details and tunes to follow on the weeks ahead, and make sure to visit GOATFATHER online at: