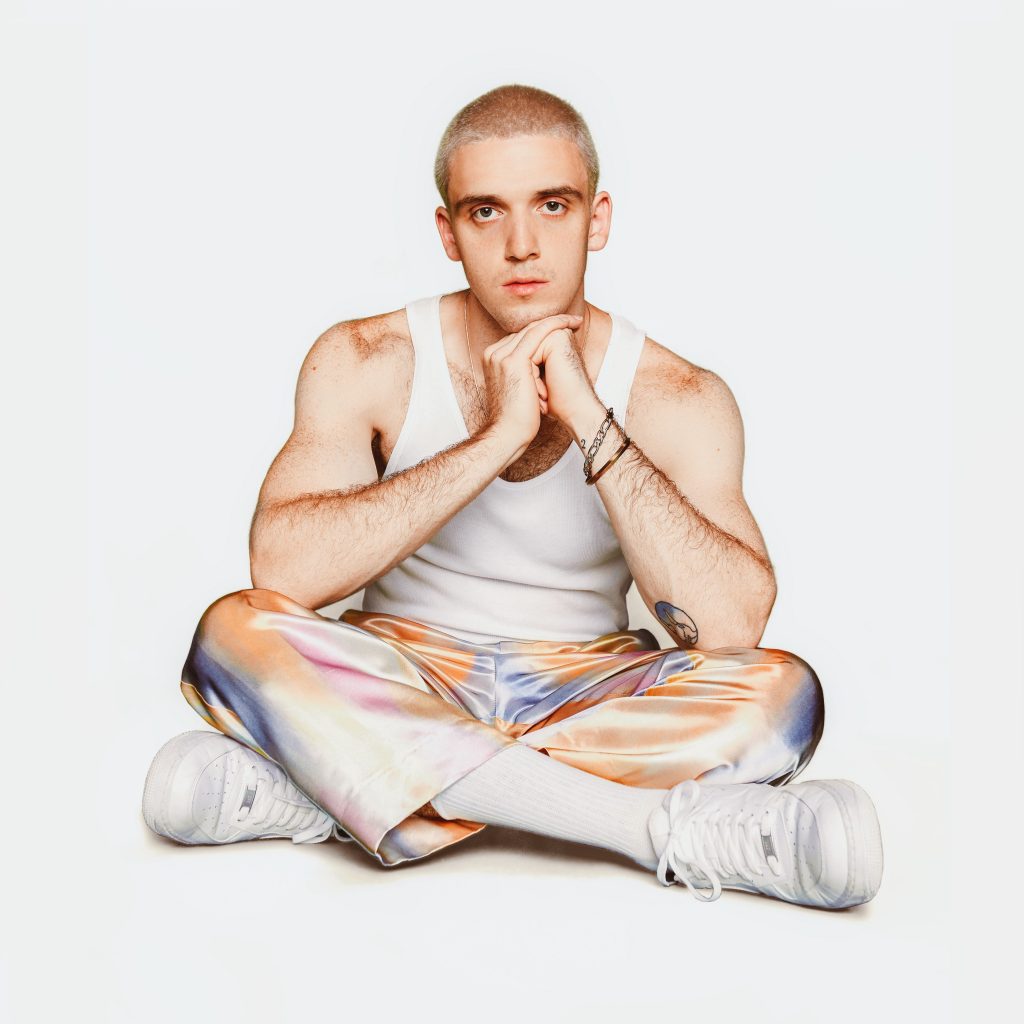 Platinum-certified independent singer, songwriter, producer and pop visionary Lauv announces dates for his “~how i’m feeling world tour~” today! The 65+ date world tour will mark Lauv’s largest UK shows of his career including a date at the iconic O2 Academy Brixton, as well as dates in Glasgow, Manchester and Birmingham.

He’s also set to perform some stunning shows in the US such as Radio City Music Hall in New York, NY.

Last week, Lauv dropped his newest single “Tattoos Together.” In conjunction, he also released the music video that was all filmed in one shot, directed by Declan Whitebloom (Taylor Swift, Demi Lovato, One Direction) [watch]. “Tattoos Together” is the latest release off the artist’s 21-track debut album, ~how i’m feeling~, set for release on March 6, 2020.

Over the past few months, Lauv has released his much-anticipated collaboration “Mean It” with LANY [listen], his surprise 2020 track “Changes,” in addition to the video for album track “Sims.” The video was directed by Phillip Lopez (Kygo, Selena Gomez, Liam Payne), which serves as the proper visual introduction of the “Little Lauv” characters that adorn his debut album artwork for ~how i’m feeling~ and make up Lauv’s “one man boyband.”[watch]

Lauv’s last single “fuck, i’m lonely” with Anne-Marie has surpassed over 250 million streams to date and peaked at #30 at Top 40 US radio. The pair performed the song on Late Night With Seth Meyers [watch]. In addition, the track was also included on the current 3rd season of the popular Netflix show 13 Reasons Why, as well as this seasons soundtrack. 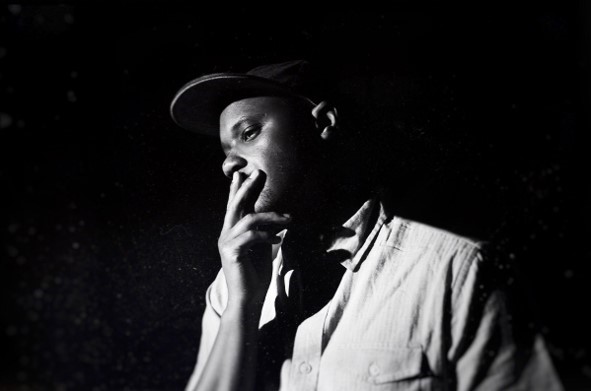 Today, Son Little presents his new album, aloha, out now on ANTI-. Written in just eight days and recorded at Paris’s iconic Studio Ferber, aloha was an exercise in letting go and in ceding control.

While Little still plays nearly every instrument on the album himself, he worked with an outside producer for the first time – Renaud Letang (Feist, Manu Chao). The album blends classic soul, old-school R&B, and adventurous indie sensibilities into a timeless swirl, resulting in his boldest, most self-assured statement yet.

Preceding the release of aloha, Son Little returned to CBS This Morning: Saturday earlier this month. Little gave a compelling performance of three of the album’s tracks – “hey rose,” “about her. again,” and “suffer.” This appearance gives a look at what to expect on his European and UK tour. Tickets are available now and a full list of dates can be found below.

Born to a preacher and a teacher in Los Angeles, Little first came to international prominence with his self-titled 2015 debut, following collaborations with hip-hop legends The Roots and electronic pioneer RJD2. In 2016, Little showed off his production chops, earning a GRAMMY Award for his work helming Mavis Staples’ acclaimed See That My Grave Is Kept Clean, and in 2017, he released a critically lauded sophomore album, New Magic.

In order to create aloha, Little began writing and assembling album demos in Petaluma, California. However, after his hard drive fried and he lost nearly a dozen detailed demos, he was forced to begin with a blank slate, leading him to write aloha at a tiny house and its adjacent barn. aloha is a potent reminder that letting go doesn’t mean giving in; in fact, quite the opposite. Letting go can be an act of defiance, of growth, of empowerment. 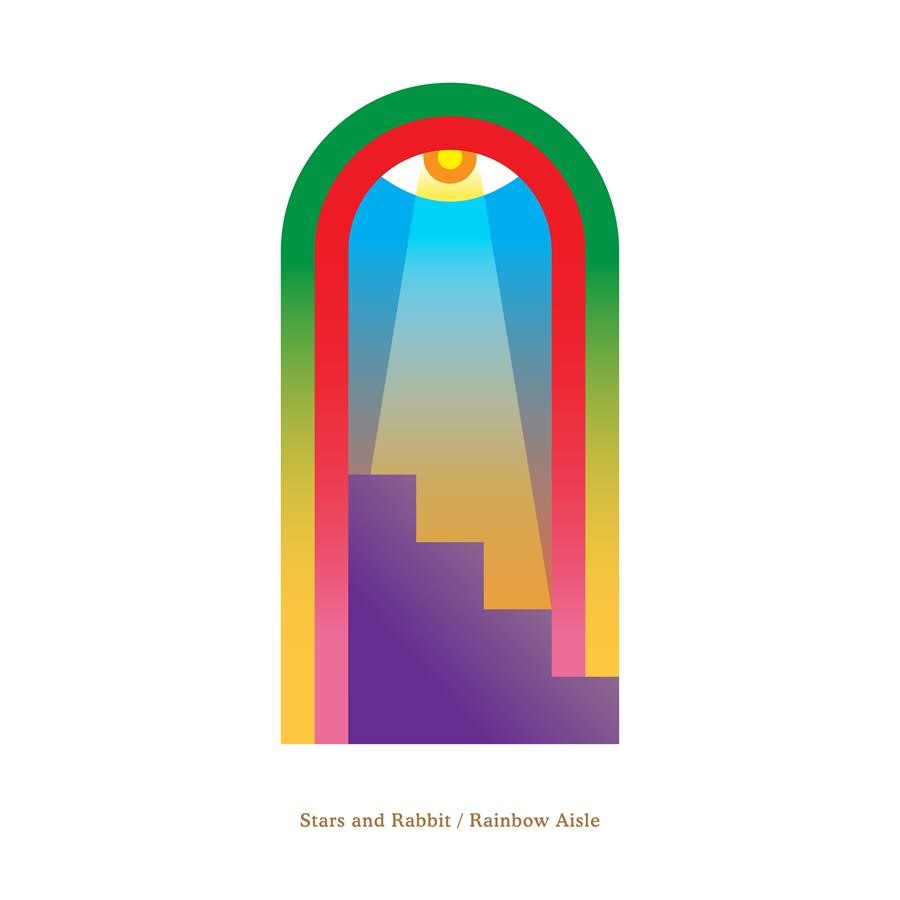 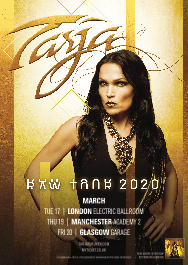 Off the back of an extremely successful year, Tarja Turunen is thrilled to announce her forthcoming UK tour in March 2020. The dates will celebrate her seventh studio album “In The Raw” released earlier this year via EarMusic.

Tarja comments: “I am so excited to return to UK! Thank you for this opportunity. I will get a chance to rock the new songs from my album “In The Raw” together with you all. I am sure it will be awesome, as always in the past. Cannot really wait. See you!!”

“In The Raw” is a combination of sophisticated and refined orchestration, choir and her classically trained voice with a raw, dark heavy musical core. Simply put, “In The Raw” is a gold-plated work of wonder.
The album finds Tarja going to raw, personal places in her lyrics. Opening herself up more than ever before, she says she was left feeling naked by her honesty, but also pleased at where she had gone with her words.

Tarja’s music, with its symphonic texture and intricate soul, is made for the stage. Throughout the entire UK tour the Finnish goddess of metal will bring to life new songs and classic anthems alike, delivering a show to be remembered. Full dates can be found below.

Tickets for all the shows will be on general sale from here: https://myticket.co.uk/artists/tarja 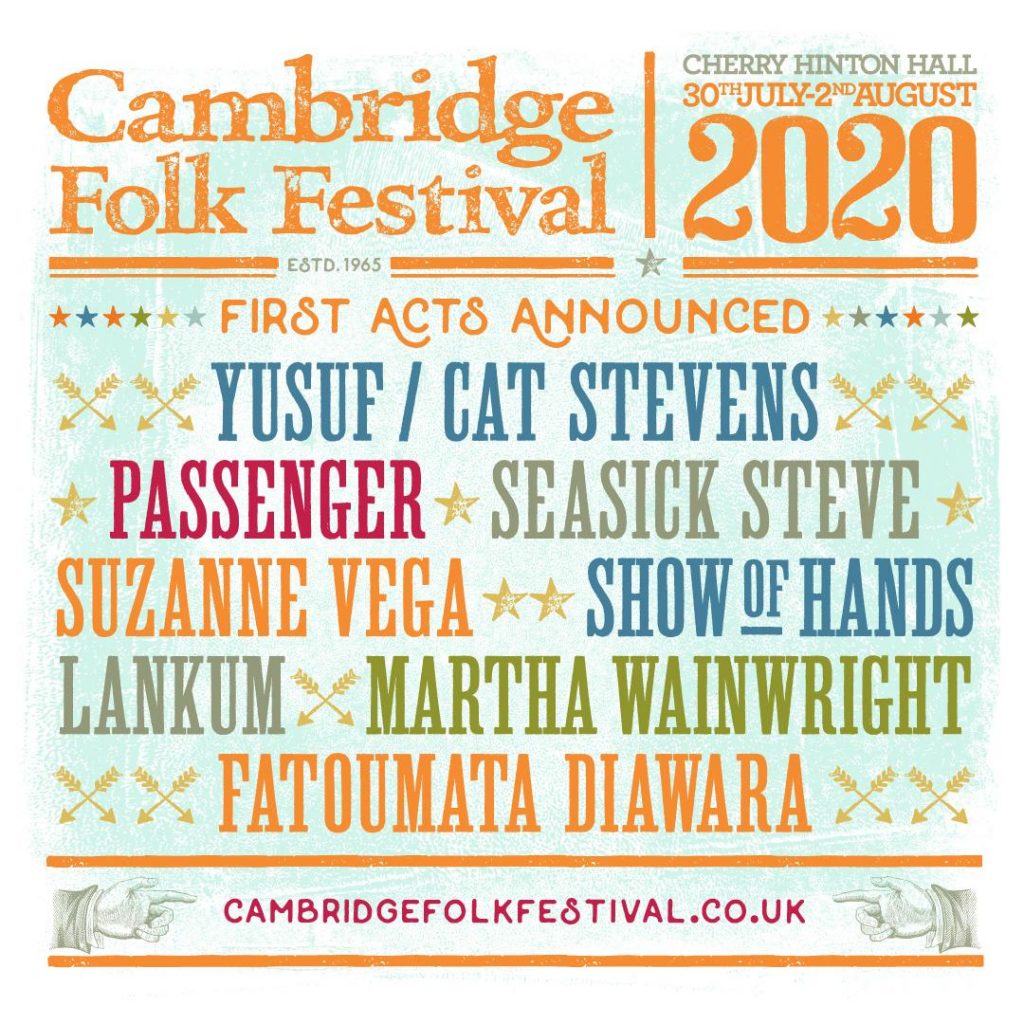 Cambridge Folk Festival is thrilled to announce the first artists for its 2020 line-up:

Making his Cambridge debut in an exclusive English festival appearance, iconic singer-songwriter and humanitarian Yusuf / Cat Stevens. From his early career in the 1960s when his timeless blend of pop, folk and blues propelled him to the top of the charts, to his extensive humanitarian work and full return to music in the 2000s, Rock and Roll Hall of Fame and Songwriters Hall of Fame inductee Yusuf / Cat Stevens is a hugely influential figure whose appearance will be one of the most eagerly awaited in the Festival’s history.

Check out everything that’s happening 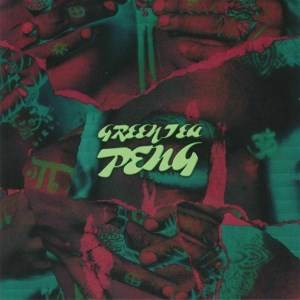 Following a triumphant 2019, Greentea Peng takes to the road on a UK tour in March with dates including Manchester,  Glasgow and Leeds,  alongside a hometown show at iconic London venue, Jazz Café.

Over the 18 months Peng’s star has been steadily ascending.  She received cult success with her 2018 debut EP SENSI and a summer viral hit with the simmering “Downers” in 2019,  before releasing an acclaimed EP RISING at the end of last year.

Greentea Peng is dark and light, half soul-searcher and half wise-cracker. In a constant explorative state, she is honest and frank, her inner battles channelled through the rhythms and flows of her music.

Her energy beams bright whether she’s touching on darker matters or happier moments.  Visually Peng is a living, breathing piece of art – effortlessly cutting the figure of a true British original. So much so, Vivienne Westwood street cast her for her recent ‘Youth Is Revolting’ cover of Dazed.

“each revisit to her mellow, twinkling, jazz-infused R&B sounds is as dreamy as the first.” – British Vogue

“Soothing balm for the soul” – WIRE 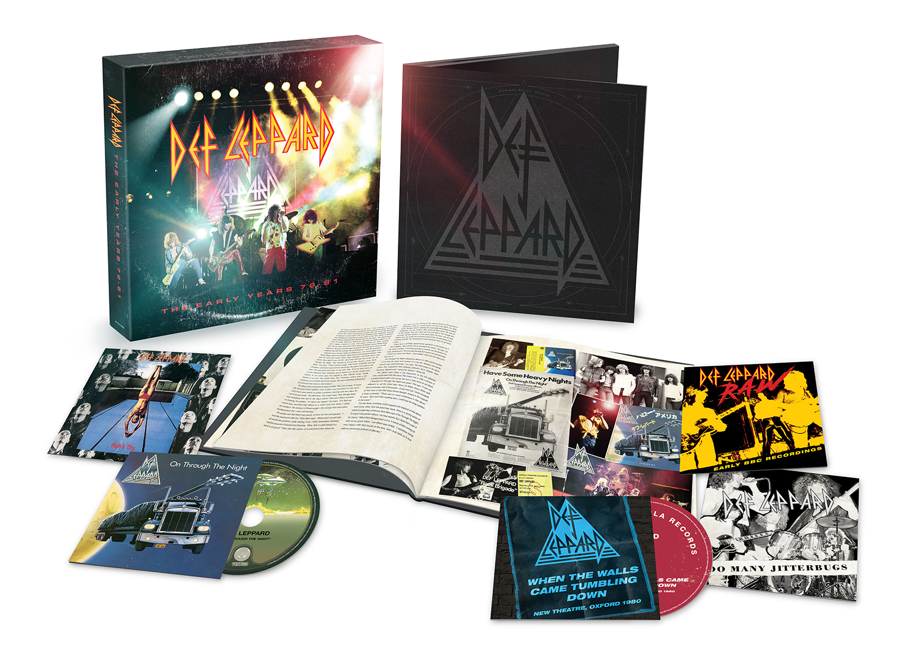 A Whole lot Of Leppard

‘The Early Years 79-81’ boxset represents the band’s first two albums, ‘On Through The Night’ (1980) and ‘High ‘N’ Dry’ (1981), and has been prepared in conjunction with singer Joe Elliott who has acted as executive producer on the set. The mastering has been done by the band’s long serving sound engineer Ronan McHugh.

This deluxe set comes with 5-CDs consisting of the original album remastered, B-sides, rarities and re-mix versions, Radio One sessions, Live from Reading and the first ever appearance of an unreleased and newly mixed show from Oxford in 1980. These remasters have been highly anticipated, and much requested, by Def Leppard fans globally.

The album also features an instant grat track, the much sought-after Nick Tauber produced version of ‘Rock Brigade’, which was originally pencilled as a single for the UK but was never released at the time. Today, 40 years on, the track receives its first release. Listen to the track HERE

Joe Elliott says, ‘Well the fans asked, and we listened! Really excited to have our early years reworked with a load of rare material including the newly unearthed Live at the Oxford New Theatre, recorded on the 1980 UK tour …. It’s been a trip  putting this boxset together and I hope you all enjoy listening to it as much as we did working on it! ”

‘On Through The Night’, the band’s debut album, was released in 1980 and immediately put the rock world on notice. The band were destined for big things with the album charting at #15 in the UK and #51 in the US. Produced by Tom Allom (Judas Priest, Black Sabbath), it featured many of the band’s live favourites and some updated versions of early singles. The album achieved platinum status in 1989.

‘High ‘N’ Dry’, the first of Def Leppard’s albums to be produced by Robert ‘Mutt’ Lange, was released in 1981. It reached #26 in the UK charts and #38 in the US, further cementing the bands status.

‘The Early Years 79-81’ boxset includes a history of the band’s first two albums written by Mojo and Classic Rock writer Paul Elliott (no relation) featuring personal insights from the band on the making and releasing of those early records as well as rare photos and memorabilia.

Both albums have been remastered and will be available on 1CD version, black vinyl, and limited edition coloured vinyl.

2020 will see Def Leppard tour the USA with Mötley Crüe (with support from Poison and Joan Jett) – one of the most eagerly anticipated tours of the year. For USA tour dates please see www.defleppard.com

‘The Early Years 79-81’ boxset formats and track listing below
‘The Early Year 79-81’ 5CD Boxset
CD ONE: ON THROUGH THE NIGHT – RE-MASTERED

CD FOUR: TOO MANY JITTERBUGS – B-SIDES AND RARITIES

ON THROUGH THE NIGHT – RE-MASTERED (1CD)
Disc 1

ON THROUGH THE NIGHT (1LP)
Side One

DEF LEPPARD
With more than 100 million albums sold worldwide, two prestigious Diamond Awards in the U.S., 2019 Rock & Roll Hall of Fame® inductees, Def Leppard – Joe Elliott (vocals), Phil Collen (guitar), Rick “Sav” Savage(bass), Vivian Campbell (guitar) and Rick Allen (drums) — continue to be one of the most important forces in rock music. Over the course of their career the band has produced a series of classic ground-breaking albums that set the bar for generations of music fans and artists alike. The group’s spectacular live shows and arsenal of hits have become synonymous with their name, leading Def Leppard to be heralded as an institution in both the music and touring industry. Def Leppard’s influential career includes numerous hit singles and ground-breaking multi-platinum albums—including two of the best-selling albums of all time, Pyromania and Hysteria, capturing the group’s legendary tracks, bringing together classic Leppard hits such as “Rock of Ages”, “Pour Some Sugar on Me” and “Foolin.” The band’s 2015 self-titled studio album debuted at No. 1 on Billboard’sTop Rock Albums and Top Independent Albums charts. The album also took the No. 5 spot on Billboard’s Top Current Albums and No. 10 spot on the Top 200, as well as claiming 15 top 10 debuts around the world.  For the first time, in January 2018 Def Leppard debuted their full recording catalogue worldwide via streaming and download platforms. As they did with the original release of their records, Def Leppard dominated the worldwide charts again.  Chart stats saw their albums charting in the iTunes Top 10 in more than 30 countries, including Hysteria at No. 3 in the U.S., and #5 in the U.K.  Def Leppard had the No. 1, No. 2 and No. 3 records on the U.S. catalogue albums chart. 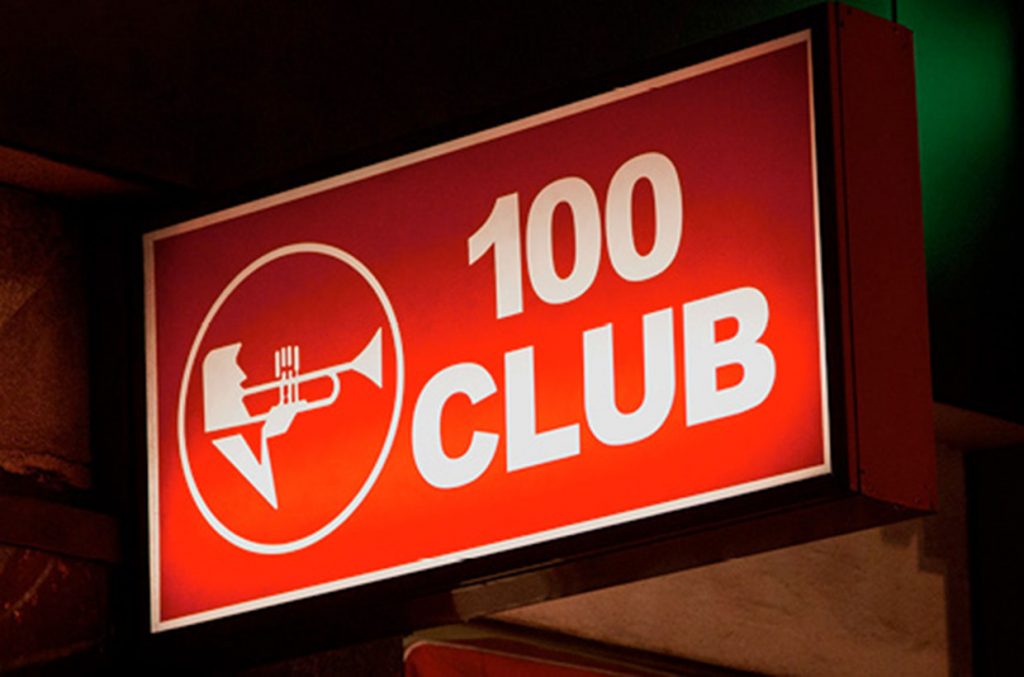 “Westminster Council has made the 100 Club the first ever Grassroots Music Venue to be awarded Localism Relief. This award means that the venue will now be given 100% Business Rates relief for the entire time it remains at its current location at 100 Oxford Street, its home since 1942. This forward thinking move by the local authority means that after a decade of financial turmoil and struggle the venue can, at last, move forward and continue its work, secure in the knowledge that there is now a much greater chance of sustainability.” 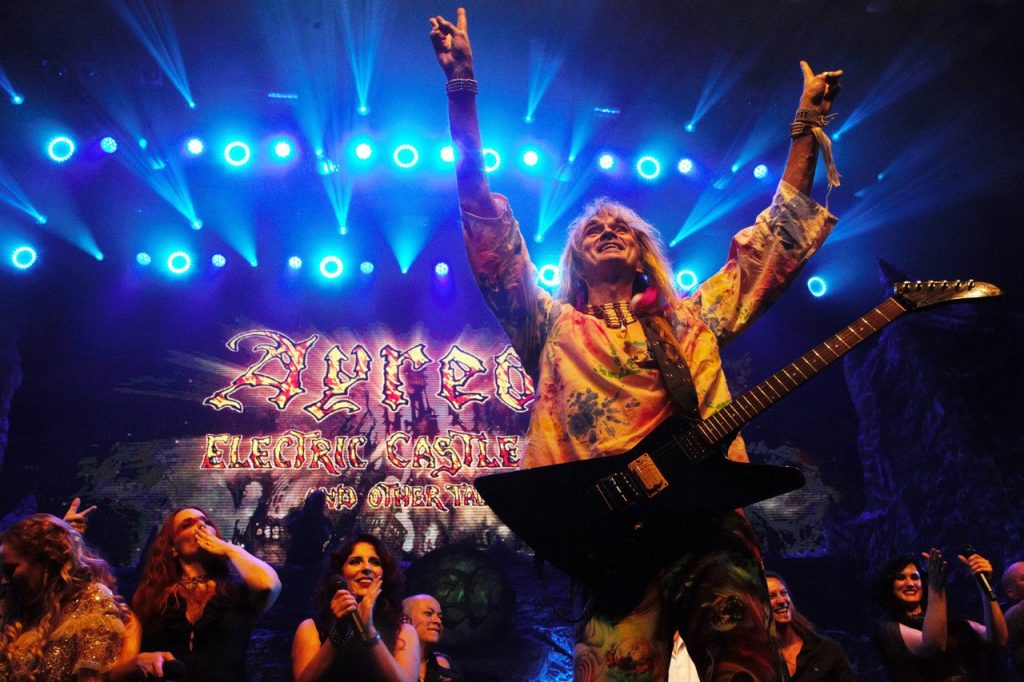 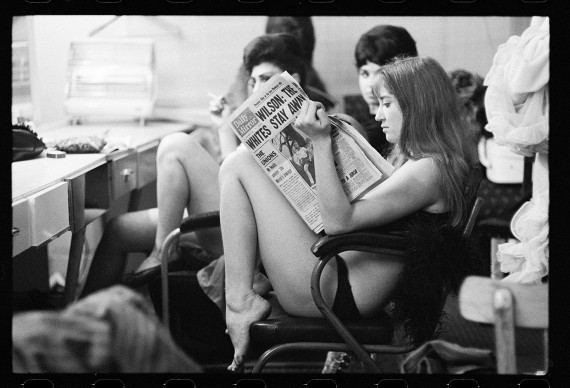 The Photographer’s Gallery is into the final few weeks of the acclaimed exhibition Shot in Soho (closes 9 Feb) and as a last hurrah, they’ve got a packed week of Soho talks, live performances and screenings.