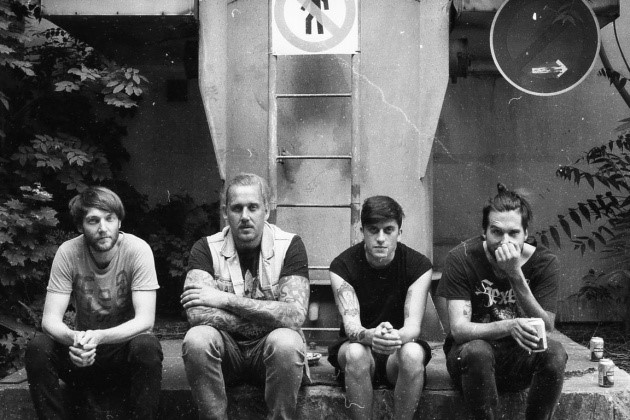 Berlin-based neànder, who took the heavy music scene by storm with their critically acclaimed, self-titled debut album in 2019, have announced an exclusive, full stream of a blistering live set.

Their first full-length album, released last year via Through Love Records, gained the band high praise from both fans and critics alike, followed by an extensive touring schedule while sharing the stages with artists such as Pelican, Inter Arma or Big Business.

Since neànder would have played at this year’s Orange Blossom Special Festival in Germany, the band just announced to stream their intended live show exclusively and in support of Kulturretter, an initiative to help and save the cultural sector in these dark days of Covid-19.

“The live stream was the first show of 2020. This is all pretty strange.“ neànder comments. “But it felt so good to put out the gear, load the bus and play a concert again. We’re all really happy to be a part of this and want to give thanks and hugs to OBS Festival, Kulturretter, FLBackline and our friends of Raum 7 filming and doing sound. Please head over to www.kulturretter.de/produkte and buy some merch in support of creative artists, clubs and festivals.”

Dive into the king’s of heavy slowness’ bleak and desolate sound atmosphere, epic riffs and a mesmerizing performance, when neànder will hit the stage this Thursday, July 2nd at 20:30PM CEST going live at:

More event details can be found HERE, the stream will also last online after the gig.

Enjoy the show, support the scene, and make sure to stay tuned for many more exciting neànder news to follow in the days ahead!