Are You Ready To Be Slain – Deathcraeft 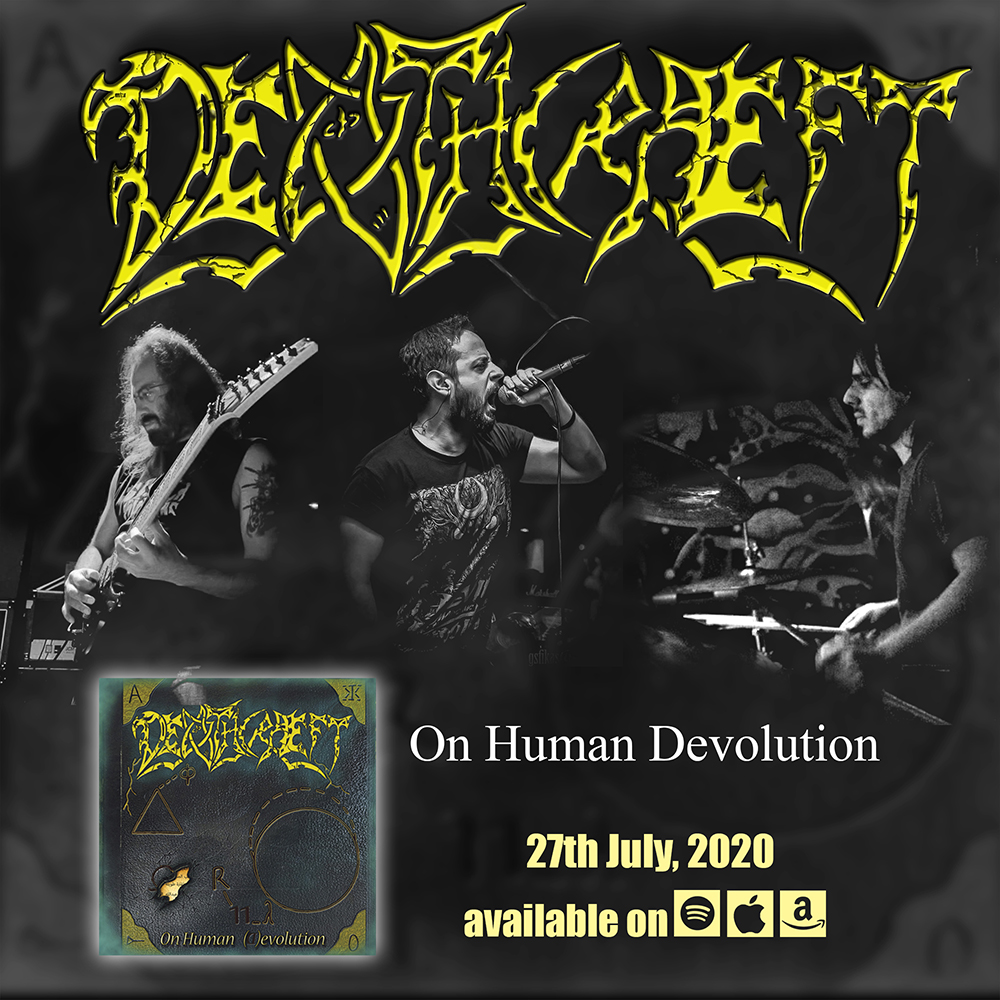 Deathcraeft is a thrash/death metal band from Greece. It  was formed in 2017 by guitarist kostas Kalampokas who, after attending Berklee College of Music, created a recording studio business in his hometown, Ioannina.

After producing albums for various bands he brought together Giannis Chionidis (drummer of the progressive death band Echidna) and Nikonas Tsolakos on vocals and they recorded the debut album of Deathcraeft called “On Human Devolution”.

It is a concept album based on H.P. Lovecraft’s writings and the Cthulhu Mythos he created, but at its core it deals with socio-political issues.

The album was released on bandcamp (https://deathcraeft.bandcamp.com/) on July 5th and will be released by distrokid on all major digital platforms (Spotify, Amazon, iTunes) on July 27th 2020.

The album will be available on physical format (CD) during Fall of 2020.

In the album “On Human Devolution” including the song “Spreading lies”.