Check It Out – Arthur Elgort 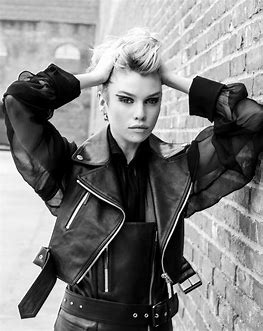 Arthur was born on June 8, 1940 in New York City where he lived with his parents and two siblings.

He attended Stuyvesant High School. He then went on to study painting at Hunter College. Finding the medium a bit too lonely he decided to try his hand at photography. Soon after he made his transition he made his 1971 debut in British Vogue. With one shoot and an iconic picture he created, not only a sensation but also a permanent place for him in the world of fashion photography.

Arthur’s relaxed and easy snapshot style was a breath of fresh air in a world where completely curated studio shoots and mannequin like models were the norm. Arthur encouraged his girls to move freely in the frame. The models he chose were lively, wore less make-up, and only enhanced the natural light that he favored. Taking his models outside into the real world, where the looks he was shooting would really be worn and put to the test, became a signature of his personal style.

For over 40 years Arthur’s ideas of the modern woman and her take on fashion have appeared regularly on the covers and in the spreads of Vogue. His work with Vogue gained notoriety, which gave him the opportunity to shoot for Vogue’s international counterparts, as well as many other top fashion magazines. His long career has also given him the chance to work on many major ad campaigns with highly coveted high-end fashion houses and luxury brands.