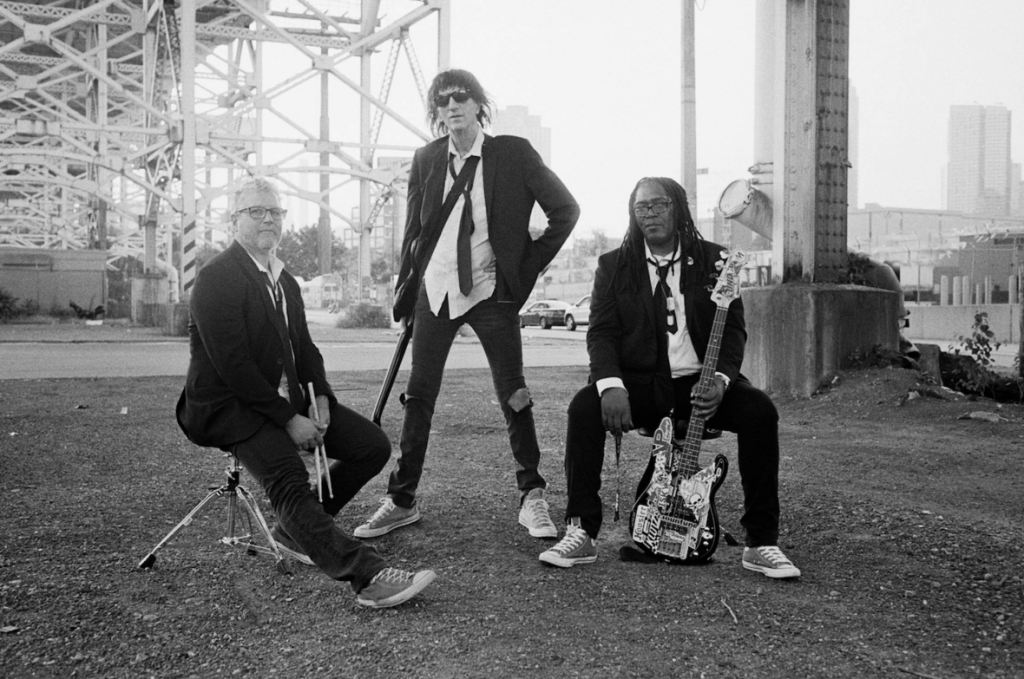 The track (inspired by a line in Truman Capote’s ‘In Cold Blood’ and a quote from a Martin Luther King Jr. speech) and its newly-released music video are now streaming everywhere.

Of the new single, Mickey tells Spin, “Music is magical in so many ways. Rock n roll is one form of it that, magically, can be purely fun, but, at the same time can be a way to spread a message. And, aside from having a lot of fun with it, me and my fellow Mutated musicians think both are equally important – as long as it’s an important message. The concept that there are “two kinds of law- one for the rich, and one for the poor,” is not exactly one that came about recently. I first heard those words many decades ago, in a book and film called “In Cold Blood”, and, though said in different words, in a speech by Martin Luther King Jr. I just, recently, felt compelled to write a song about it. Very compelled.

The importance of “equality” and “justice for all” has come to the forefront of our lives like never before. and, it’s a message that needs to be repeated …repeatedly. There aren’t many ways to repeat a message repeatedly without boring people to tears, aside from immersing it in a catchy chorus and irresistible rhythm.”

With the release of a slew of singles with his band MUTATED MUSIC, MICKEY LEIGH is taking steps. A longtime figure in the influential downtown New York City music scene, MICKEY is no longer content with being in the shadows. He’s stepping into the spotlight with punk-pop-country-jazz and blues-infused tracks that tell stories of colorful rock and roll lives. “These are ‘The Stories That Never Got Told’, so they never got old,” states one of the key tracks. Of the heroine in “Little Cristine,” MICKEY says “No. She ain’t no ten. She’s a number one.” His modernized, “mutated” reworking of the classic civil rights/social-awakening song “If I Had A Hammer” boldly blares the powerful message calling for “justice, freedom and love between our brothers and our sisters” which is perfect for these troubled, frenetic and divisive times.

As he explained in his 2009 autobiographical family memoir “I Slept With Joey Ramone,” MICKEY is inspired by his love of the music of the ’60s. His life-long fever for rock & roll has never dampened, remains pure, and continues to fuel his drive to create great music. MICKEY LEIGH’S MUTATED MUSIC is brimming with tracks that have been called: “…instantly memorable, lyrically compelling, deceptively simple, hard-ass, life-loving songs full of emotional depth that deliver a punch far more intense than anyone could or would have expected…written with passion, played with precision, produced with perfection.” MICKEY has been credited with “…the power-pop instincts of a Tom Petty and the street smarts of a Jim Carroll…not to mention a bit of The Who, Dylan, Springsteen and…Elvis.”

Starting his first group at age 10 in 1965, hitting the stage of CBGB in 1977 with Birdland, the band he formed with literary legend/music journalist Lester Bangs, MICKEY is accustomed to having a front-row seat at musical revolutions. Replacing Lester on vocals, Birdland morphed into the prototype pop/punk band The Rattlers. His next band, STOP, saw 5 songs from their 1996 album ‘Never’ in rotation on BBC Radio. MICKEY has continually been the recipient of favorable media coverage, credited with being “…one of those people who influenced successful bands but remained relatively unheralded himself.” Well, that’s about to change.