Seeds Of Darkness – The Blinders 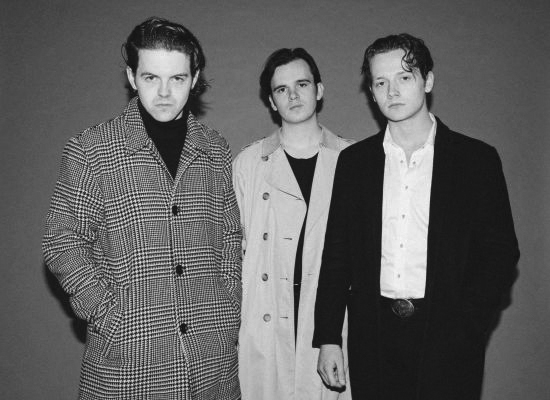 The Blinders’ incredible new album, Fantasies Of A Stay At Home Psychopath is coming out on July 17th via Modern Sky UK.

It’s the follow-up to their critically acclaimed debut album, Columbia, released in 2018, exploring existential despair, mental health and society’s ills in a time of planetary crisis, and is both a riposte to, and commentary on, the rise of populist ideology.

Delivering a blistering collection of powerful tracks, Fantasies Of A Stay At Home Psychopath is imbued with the visceral energy of IDLES, the twisted melodies of solo-era Lennon and the darkness of the Bad Seeds. It was recorded at Manchester’s Eve Studios alongside producer Rob Ellis (PJ Harvey, Anna Calvi), and mixed by Adrian Bushby (Foo Fighters, Muse).

The band have released their new track ‘Black Glass’, following previous single ‘Mule Track’ – which premiered with Steve Lamacq on BBC 6Music and was added to Spotify’s New Music Friday, Punk List, All New Rock, New Noise and The Rock List playlists on release – and ‘Lunatic (With A Loaded Gun)’, ‘Circle Song’ and ‘Forty Days And Forty Nights’, which have been playlisted at BBC 6Music, as well as receiving extensive support from Huw Stephens and Jack Saunders at Radio 1 and John Kennedy at Radio X.