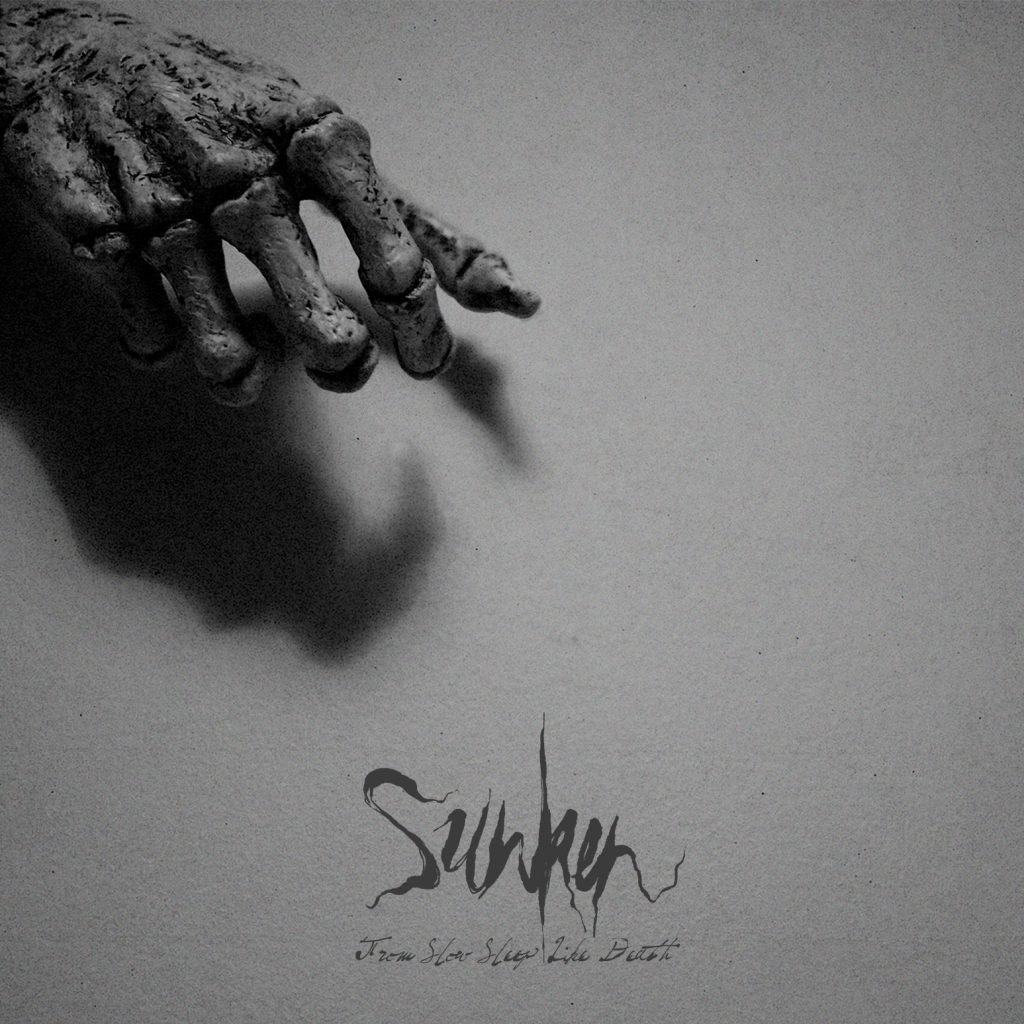 From Slow Sleep Like Death will be coming out July 10th on Argonauta Records, and is offering a killer sound of melancholy, doom and death- infused heaviness, balancing between the light and darkness, and between life and death.

Sunken was founded back in 2009 as guitarist Keränen and drummer Korpi began jamming together and channeling their common tastes in music.

The chemistry between Keränen’s riffs and Korpi’s rhythms was immediate. No words needed, just chords and melodies straight from the heart. The sound of melancholy, doom and death infused with a sense of beauty and melody. As an outcome, a unique sound that balances on a thread between light and darkness, life and death.

After various line-up changes and rehearsal rooms, the band started to take its current form as Jokipii stepped into the band as a vocalist and rhythm guitarist in 2013. Jokipii’s strength in the growl department and musical unison with Keränen and Korpi tied the band together and completed the sound – from instrumental songs to a full fledged band.
Although writing several songs as a trio, an integral part was still missing. The year was 2017 as bassist Tuomi stepped into the rehearsal room, it can be added with his gear readily with him. The trio began cranking out some songs and not before long Tuomi joined in with his rumbling low register and impressive finger picking playing style. There was no question Sunken had found its fourth ingredient.

The debut full-length titled From Slow Sleep Like Death started to take shape. Some of the songs played since the early days also found their place on the album. The songs picked formed a nice flow and introduction to the bands overall sound and current state of mind. Also a window to the ten years of Sunken songwriting.

Sunken started recording the tracks in December 2018 at the rehearsal space in true DIY fashion. Recording and engineering duties were carried out by Mr. Jokipii. As the recordings were wrapped in June 2019, the songs were ready to be sent for mixing/mastering over to Sweden to HoboRec studios. Late in the recording phase, the band played a gig at Varjobaari, Tampere in April 2019 introducing most songs on the upcoming album to a live audience for the first time.

Some songs from the album were sent out to various labels. Argonauta Records from Italy responded with enthusiasm and gave the band an offer for a release and distribution of the debut. Sunken jumped on board and signed to the label in February 2020.

From Slow Sleep Like Death will be released on July 10th 2020.