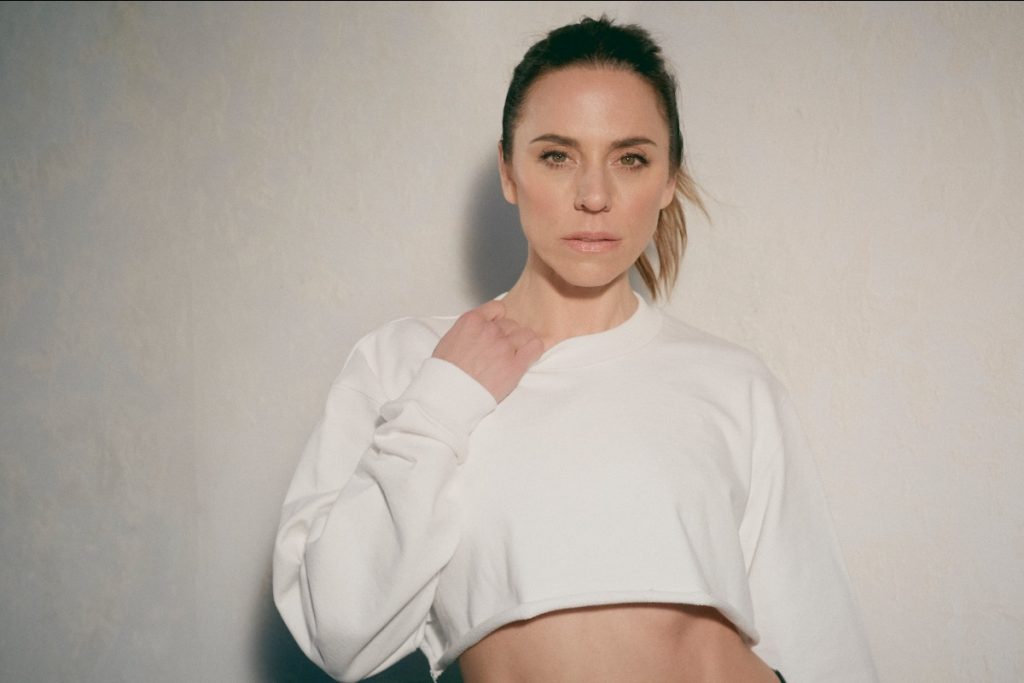 Melanie C has released her brand new single and music video for ‘Blame It On Me,’ another blast of empowering, unapologetic pop from the legendary artist, embracing her life-long love of house music and disco, while continuing her message of self-love and respect.

‘Blame It On Me’ calls out the toxicity in a relationship, and is the perfect follow-on to her global smash, ‘Who I Am’, a track that embraced the power of vulnerability and also (in its affecting video) saw Melanie explore the past, present and future of Sporty Spice. ‘Who I Am,’ received its late night television debut on CBS” The Late Late Show with James Corden in April [watch HERE], and shot to the Top 10 on iTunes across Europe, South America and in the UK.

Melanie C has been busy under lockdown finishing her forthcoming studio album — further previewed today via ‘Blame It On Me’ – as well as brining her fans together around the world in a series of quarantined live-streams, featuring Q&As on physical and mental wellbeing, the next generation of Girl Power (see a conversation with Rina Sawayama for Crack Magazine), plus some familiar faces (Melanie B, Richard E. Grant, Sink The Pink cohort Glynn Fussell and frequent-collaborator Biff Stannard).

2020 has seen Melanie C return to the solo pop stage on her own unequivocal terms. A vital voice in the modern discourse on depression, body positivity, and the LGBTQ community, her trailblazing influence has arguably never been more apparent. Whether presenting her friend Billie Eilish with a BRIT Award, being remixed by the esteemed Joe Goddard or discussing her journey thus far on a recent episode of BBC’s Desert Island Discs, Melanie is also hard at work on her most celebrated music in years.

With over 100 million records sold and multiple BRIT, Ivor, Billboard and Olivier Awards under her belt, her forthcoming album nonetheless feels like new, more assured ground for Melanie C – and a glorious new chapter for Girl Power.

‘Blame It On Me’ is out everywhere now.