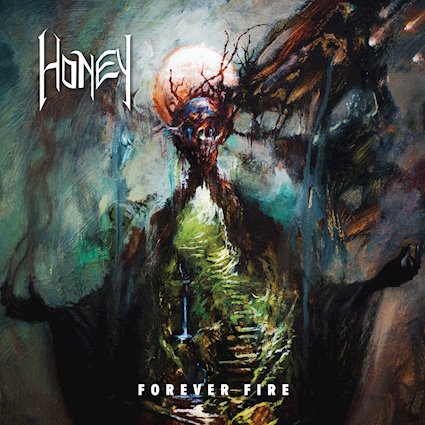 Originally, Honey wasn’t conceived as a full band project. It was more of a solo project to serve as “therapy” for singer / guitarist, Jay Laughlin (Turning Point, Godspeed).

As Jay puts it, “I’ve been playing in bands non-stop since the 8th grade (1986). In 2017, I had a couple of back-to-back shitty situations which put me into a seriously dark depression. I thought maybe it was time to take a step back from playing in a band and book some studio time to make a record for myself… by myself.” These sessions would take Laughlin back to his roots — the heavy metal and hardcore music that first caught his ear and possessed him to pick up a guitar and write songs in the first place. 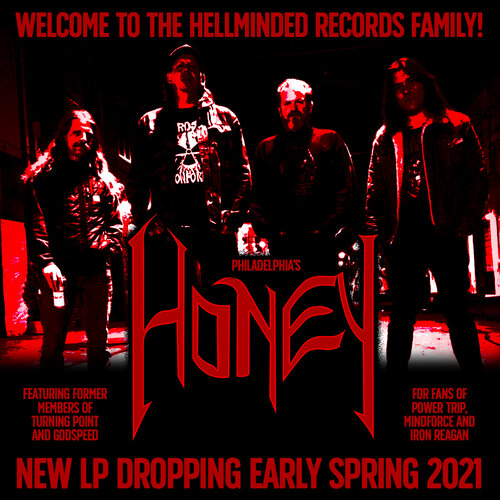 Towards the end of the recording sessions that became the self-released “Nightmare Come to Life” EP, it was clear that this project should become Laughlin’s next band. Jay explains, “The plan was to play everything myself, but as I was getting deeper into the recording process, I became more and more excited about how things were coming together. So, I decided to bring my friend and old bandmate, Chris Hunter in to play some lead guitar parts to complete the songs. He’s the best guitar player I’ve ever played with, and we were both struck by how much we liked the songs. So, we thought it’d be a great idea to find a drummer and a bass player so we could play these songs live.” Miles Ziskind (drums) was brought to Jay’s attention by his brother-in-law, who said, “I have a friend who’s an amazing metal drummer — you should get him for your band!” So, when the time came, Miles was the first and only drummer Jay reached out to. “Turns out my brother-in-law was absolutely right!” says Jay. Laughlin was introduced to Greg Karlowitsch (bass) by a mutual friend, “This is metal Greg, you two should start a band.” So, it was a no-brainer, Greg joined up too, and Honey (the “therapy” project) became a full band. As Jay puts it, “It seemed like it was meant to be. Miles and Greg blew me away the first time we jammed together.” 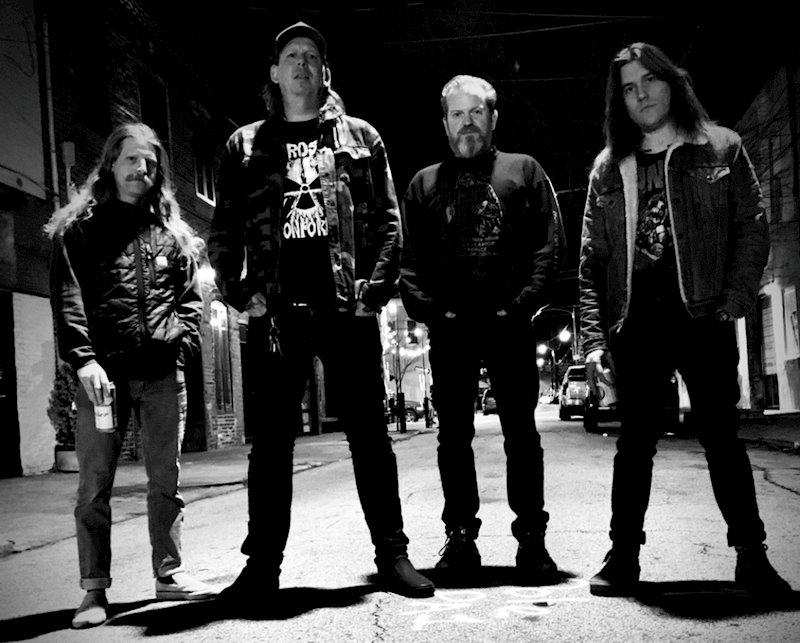 Fast-forward to early 2020. Honey is a proper band with an EP on the verge of release and live shows are booked, and then… well, we all know what happened next. The world shut down! Live music is gone for the foreseeable future. “The depression that inspired this project in the first-place kicked in all over again.” Jay laments. But there is a silver lining — Honey has since had the good fortune to sign a deal with New Jersey’s, HellMinded Records and are set to record a debut full-length album, which is scheduled for release in the early May of 2021. Jay and the band are excited for the future. Jay sums it up this way, “As much as 2020 has been doing its best to keep everything I love on hold, I couldn’t be more excited to make a record with this band at this time. Playing music that’s loud and fast with my friends will always be the best therapy!”