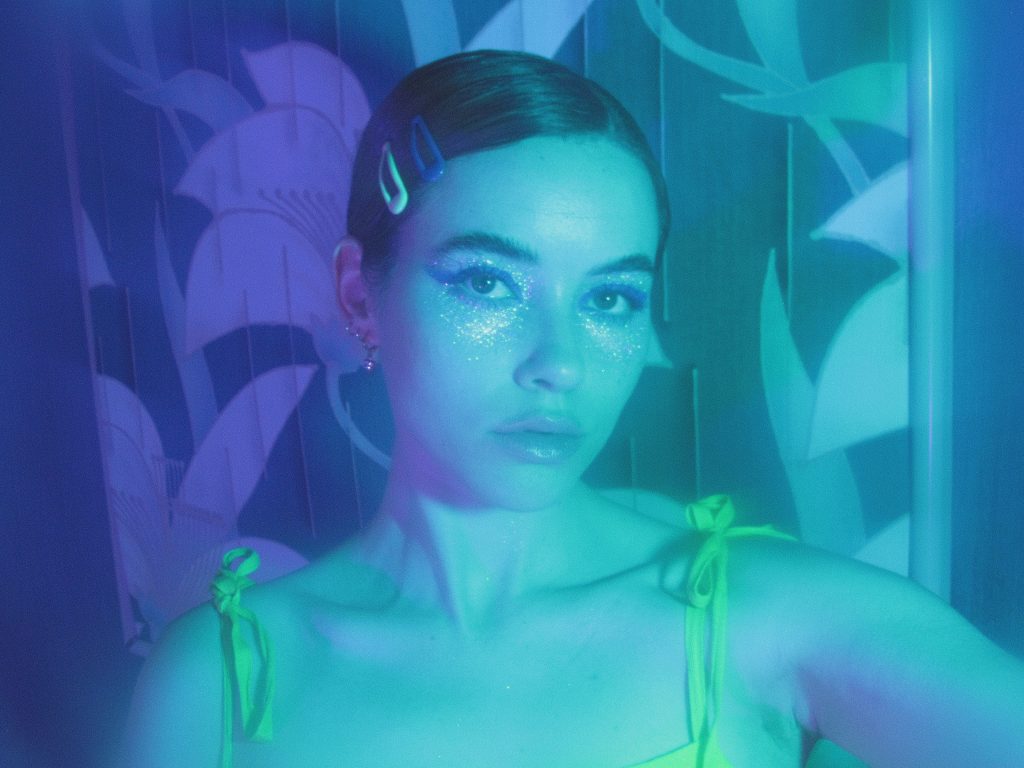 Sabriel (pronounced shä brē el), is a Las Vegas based singer, songwriter and producer whose goal is to explore vulnerability through her music.

Her seductive neo-soul soaked sounds and unique, whimsical image are like nothing you’ve seen or heard before.

Her latest single “Love Again” was written, produced and recorded entirely by Sabriel. As a self-proclaimed introvert, the experience of recording alone in a makeshift closet studio in her bedroom, allowed the artist to flourish, playing around with new ideas and following her true path.

The song narrates hyper-awareness when entering a new relationship. Sabriel confides, “I’ve done a lot of self-work during the duration of the pandemic, with a huge focus on past and future relationships. I used to have a tendency to jump in quickly, ignoring any and all red flags. But moving forward, I refuse to lose myself in another person. So I’m carefully watching every step.” “Love Again” was the result of an online course Sabriel took about healing your relationships. The female-focused videos helped the artist learn about self-discovery, opening her up to new love, while maintaining a sense of confidence in her own life choices.

“Love Again” showcases some of the songwriters most honest work to date. Having previously hidden meanings of songs behind abstract metaphors, this time Sabriel wanted to embrace her feelings. She admits how the lyrics for the song came to her like a fantasy, sharing, “I was feeling sparkly and feminine and decided to embrace those feelings, rather than feel embarrassed by them because they didn’t feel like my usual somber self.” Having battled with finding the balance between both her feminine and masculine sides, the songwriter has come to embrace each side of the spectrum rather than be intimidated by their extremes.

Pulsating, steady, yet interesting beats, have you encapsulated while a kaleidoscope of dreamy melodies take you on a celestial journey. Sabriel shares how her influences are both inspired by music and spiritual elements, “I’m inspired by the genius works of Stevie Wonder and the ethereal guidance of Erykah Badu.” Alongside production that shimmers like stars are her stunning, ethereal vocals, like an echo from another world. Sabriel tells us, “I don’t purposely go for a certain sound, but I would hope that I could give people the same yummy chills and emotional clarity that I get from my favorite artists.” The overall song is an escape into a world of hypnotic magic.

Beautiful, liquid Las Vegas soul - A star on the rise.