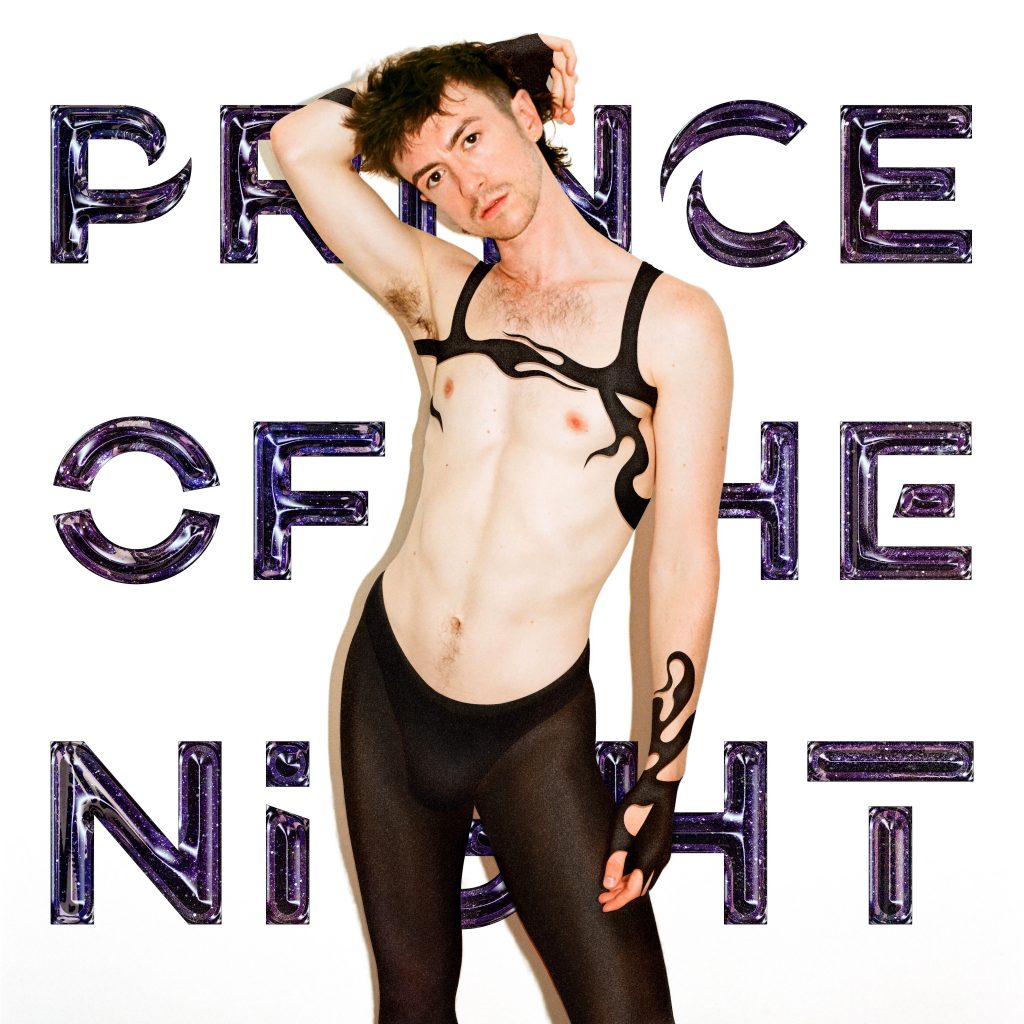 Queer pop artist Pat Reilly is releasing his debut EP, ‘Prince of the Night.’ The EP features two previously released singles, “Act of Love” and “Adamantine,” as well as three brand new tracks: “Prince of the Night,” “Lets Fight,” and “Who U R.”

Written and recorded during the pandemic, the ‘Prince of the Night’ EP is a time capsule of Reilly’s emotional landscape throughout this period of social isolation. Over the course of the 5-tracks, he examines the various relationships in his life — with himself, with others, and with his environment. The resulting record is a darker pop-electronica sound than the atmospheric R&B tracks Reilly has previously released, which can be attributed to the turbulent self-work he’s undertaken as an artist and human.

“I’m taking my personal journey and smashing it against a darker side of me,” he says. “I’ve lived in a much more colorful place in the past because I had enough distraction to keep me there. ‘Prince of the Night’ is a release from all the pain I’ve been holding onto, that I wasn’t even conscious of prior, because I could distract myself with work, people, strangers, and my ambition.”

The EP artwork is an ode to Reilly’s favorite female superheroes, like Scarlet Witch, Storm, Jean Grey, and Mystique, as well as the women in his life who inspire him.

‘Prince of the Night’ became his own personal alter-ego as he battled through the discomfort of this year, much like a superhero battling evil. But, instead of fighting the evil powers of Thanos or Magneto, Reilly was fighting against and working through his inner demons as a means to rediscover himself.

A singer, songwriter, actor, performer, and overall creative force, Pat Reilly is a true artist in every sense of the word. Fusing R&B with pop electronica, Reilly brings an authentic queer narrative to all of his work. His sound weaves weighty emotion through the lightness of pop with a distinctive sensitivity, sexuality, and softness. Already capturing the attention of tastemakers like Billboard Pride and QueerX, Reilly is emerging as one of the most exciting, boundary-pushing, queer voices in pop.

Stream ‘Prince of the Night’ on Spotify:
https://open.spotify.com/album/7sfEyyjn2GQXseJaqnIB1p