LONG HOT SUMMERS – THE STORY OF THE STYLE COUNCIL 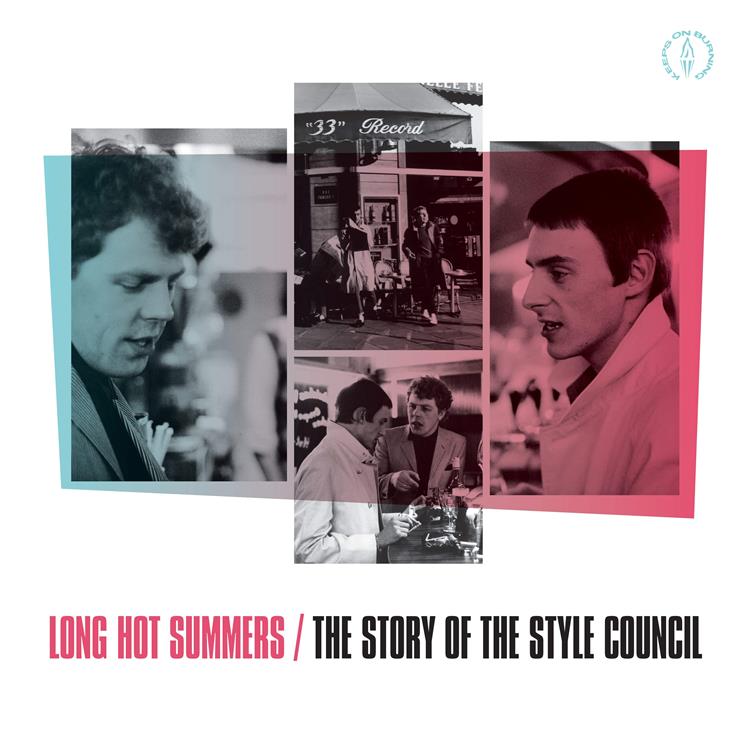 The long-awaited and eagerly anticipated definitive career anthology Long Hot Summers: The Story of The Style Council is out today, packed with greatest hits and unheard tracks.

Named after the band’s biggest hit, ‘Long Hot Summer’, it’s endorsed and co-compiled by Paul Weller himself. As well as the title track, the album includes the sterling debut top 5 single ‘Speak Like A Child’ plus other masterpieces such as ‘You’re The Best Thing’, ‘Ever Changing Moods’, and dance floor filler ‘Shout To The Top’. The release is paired with a brilliant Sky Arts documentary under the same name out this weekend, featuring interviews with all key members, fans and collaborators. The documentary will air on Sky Arts as the channel becomes free for everyone, moving to Freeview channel 11.

Long Hot Summers includes two unreleased tracks – an intriguing demo of the top 5 single ‘My Ever Changing Moods’ with strings, and the extended, 5-minute plus version of ‘Dropping Bombs On The Whitehouse’. Also featured are all the band’s classic singles – twelve Top 20 hits, including the debut single ‘Speak Like A Child’, the utterly sublime ‘Long Hot Summer’, plus key album tracks and fan favourites.

“We set out to have fun, document the times and at the same time we wanted to elevate pop to an art form – I think we did that.”

Format details: As well as digitally, the album will be available on double CD and triple album vinyl: limited editions of both vinyl formats: black vinyl and a highly covetable coloured vinyl version.

“The Style Council gave so much to my youth. Who am I kidding? Yes, and to my adulthood as well.” 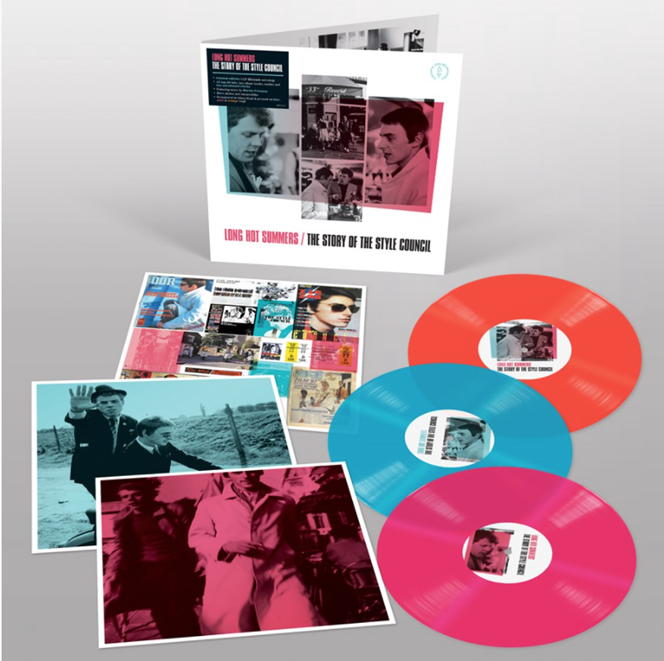 1. Ghosts Of Dachau
2. Down in the Seine
3. The Paris Match
4. Life at a Top People’s Health Farm
5. Dropping Bombs On The Whitehouse (Extended version)

1. A Man of Great Promise
2. The Piccadilly Trail
3. A Solid Bond in Your Heart
4. Sweet Loving Ways
5. Promised Land
6. It Didn’t Matter

When Paul Weller announced The Style Council’s arrival in March 1983, he’d come a very long way. In fact, at the age of just 24, he was already a musical veteran with six albums and nine Top 10 singles under his belt with The Jam. As their leader he had become a deity-like figure and for his fans, The Jam’s split was unimaginable.

But creatively restless and of inquisitive mind, Paul jettisoned them at their height to form a collective with an eventual core line-up of Paul with Mick Talbot, Dee C Lee and Steve White.

In a quest for new sounds, the group travelled to realms previously unchartered for a pop group incorporating musical influences as wide ranging as Blue Note jazz and Chicago soul, Claude Debussy and Erik Satie, Chicago House and Jacques Brel.

At the same time, as battle lines were drawn in a decade under Margaret Thatcher culminating in the miner’s strike of 1984-85, Paul’s lyrics spoke with the language of the activist and his state of the nation addresses were both fierce and eloquent. Over four albums and 17 singles, The Style Council made a stand and became the standard bearers of progressive soulful pop and social comment. And it’s all here on this exceptional anthology.