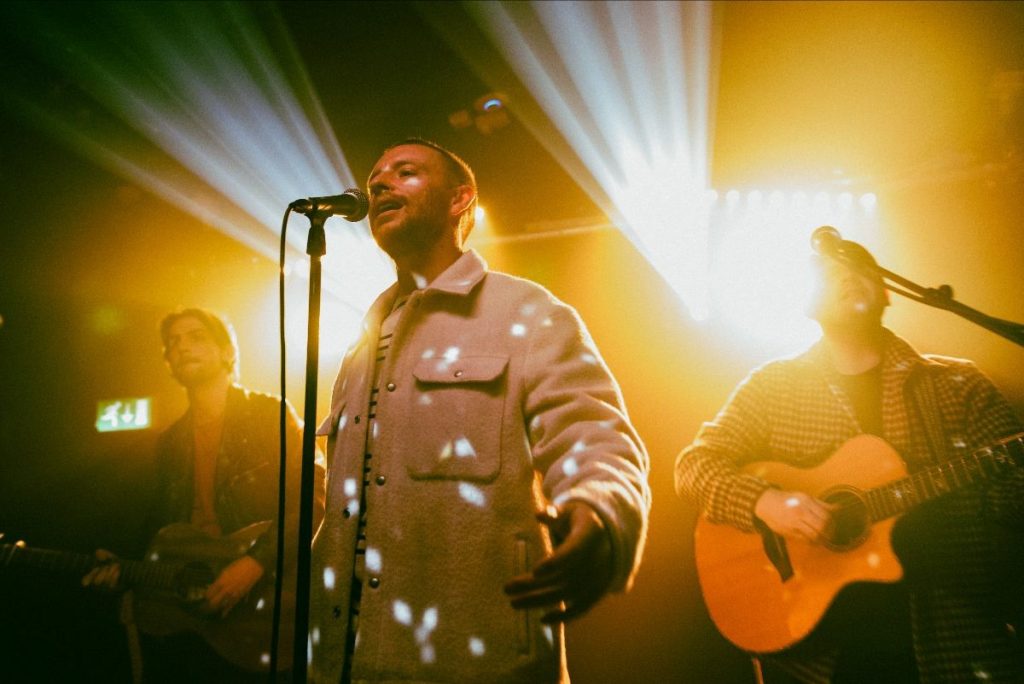 After kicking off 2022 by commencing sessions for their long-awaited debut album, Skinny Living went viral earlier this year with their homemade acoustic take on Bob Marley’s ‘Three Little Birds’, with the video racking up over 2 million views.

They also completed an acoustic tour of pubs across the north of England, culminating in an unforgettable hometown show, where over 1000 people turned up to their gig on the common outside Wakefield’s King’s Arms. Following a run of sold out dates this November, the band will also be performing at their annual Wakefield Christmas gig next week at Unity Hall on Saturday 17th December with support from the amazing Sonni Mills.

Tickets go on sale at 10am on Wednesday 14th December and will be available from www.gigsandtours.com

The uplifting indie-soul trio also unveiled their new single — and first slice of new music in over three years — “Who Likes” this Summer, a track that reflects the infectious energy and positive spirit the band are known for. Blending playful indie-pop rhythm with a joyous sonic atmosphere, frontman Ryan Johnston’s soulful, rapid-fire hook keeps that effervescent mood at a fever pitch. With bandmates Will Booth and Danny Hepworth keeping the track’s buoyant feel in full flow with their jangly acoustic guitars, ‘Who Likes’ was written by the three-piece and produced by Rich Cooper.

After forming back in 2014, Skinny Living have since gained a cult following worldwide, with singles “Why” and “Let Me In” gaining over 30 million streams. While Will Booth and Danny Hepworth met in their hometown of Wakefield, Ryan Johnston was born in Belfast to a Catholic mother from a Republican area and a Protestant father from the other side of town. The family moved to Bangor where Ryan was raised, before he later moved to England and met Will and Danny at an open mic night before forming the band.

Skinny Living’s story is one of struggle, troubling situations and relentless hard graft. It’s also one of synchronicity, chance meetings and the unflinching belief that their glorious indie-soul music will reach the audience it deserves. “Skinny Living is a term that describes the financial reality and lifestyle of the working class,” the band explain of their aptly fitting name. “Hard graft on a low income with a lust for life, passion for family and an optimistic attitude about the future.” Echoing Bill Withers, The Isley Brothers and Paolo Nutini, their songs shimmer with a timeless, gentle beauty, with exquisite vocal harmonies and a lyrical wisdom that inspires positivity and reflection in equal measure.