Get A Stiffy On – Stiff Little Fingers 2020 Tour 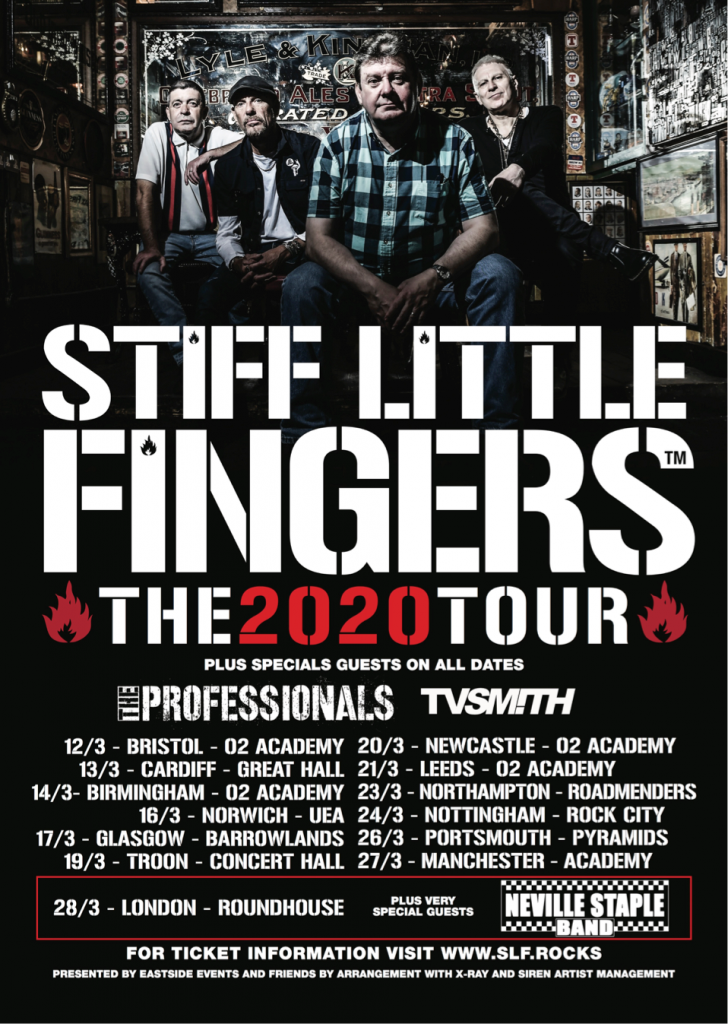 All the dates will feature support from The Professionals and TV Smith. The Roundhouse show only will also feature a very special guest slot from the Neville Staple Band. With an iconic career of over 40 years, Stiff Little Fingers remain as vital as ever.

In addition to the dates announcement Stiff Little Fingers have just put out two special ‘Virtual Reality’ videos filmed with a 360 degree camera attached to the drum kit, from this years “Putting the Fast In Belfast 3” show in August. This gives the user, via their mobile viewing device or computer, the option to view whatever part of the stage and or band member they so wish via movement of the viewing device or via a mouse or pointing tool. The two tracks are their iconic punk anthems “Alternative Ulster” and “Tin Soldiers” available via the links below and on the bands own YouTube Page. 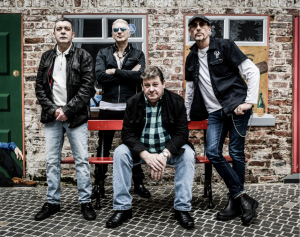 In addition to the live performances, the past five years saw Stiff Little Fingers release two records: their tenth studio album “No Going Back” in 2014, which showcases a band at the height of their powers, still able to capture the heart of the listeners with relevant topics and honest sound, reaching #1 in the UK charts; and a live album “Best Served Loud – Live At The Barrowlands” in 2017, which immortalises Stiff Little Fingers’ epic performance at their annual St. Patrick’s Day show.

Formed in 1977 in Belfast Stiff Little Fingers were among the pioneers of punk rock. Joining ranks with the likes of The Clash, Sex Pistols, The Damned, Buzzcocks, and Undertones they brought in a new era of music and they’re still keeping that spirit alive 42 years on!