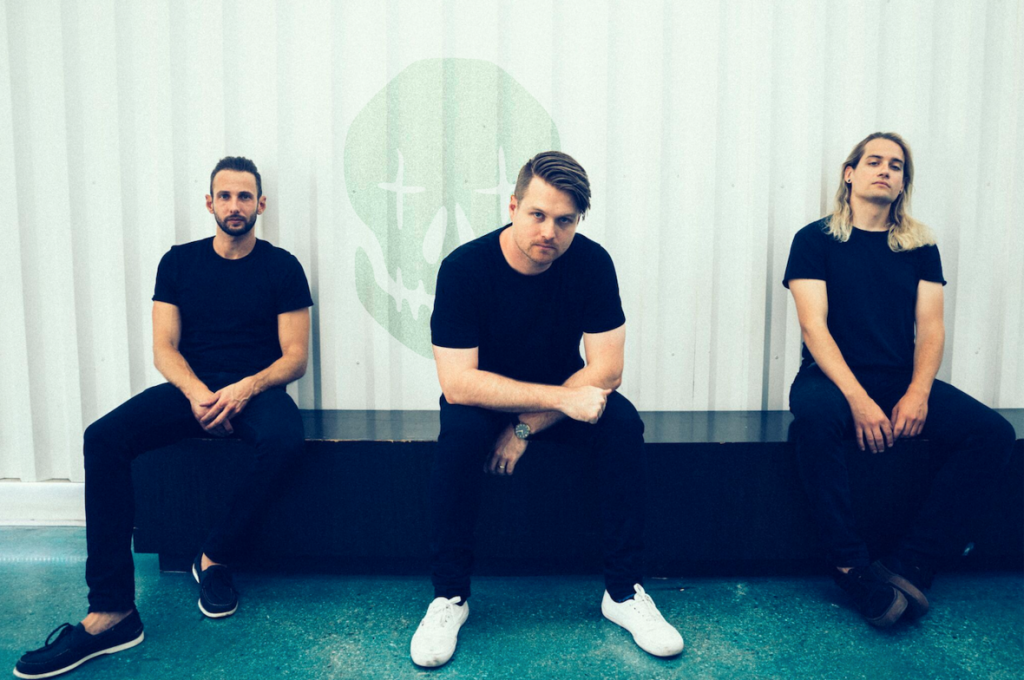 “Stuck With Yourself” is the title and priority track off of NEW LANGUAGE’s sophomore LP ‘Stuck With Yourself.’ It is arguably the most head-turning track the band has put out to date, due to the alternative shift in tones, drum beat and songwriting style.

The track’s title – “Stuck With Yourself” and encompassing lyrical content is ironically more timely than ever, despite being written prior to quarantine. Leaning into the current universally relatable nature, the band seeks out meaning within it all.

“Stuck With Yourself”, both song and album, is produced by NEW LANGUAGE’s singer Tyler Demorest. The concept for which was born after witnessing a friend continuously keeping him/herself in a toxic situation despite obvious solutions being provided. The band ran with a theme of “Munchausen syndrome,” which is a disorder wherein those affected pretend to be affected by disease, illness, or psychological trauma to draw attention, sympathy, or reassurance to themselves.

This song, while being a serious matter, at times carries a sarcastic tone, that is on display through self-loathing visuals in the music video. “Love the stress, the feeling I get, when everyone keeps telling me that I’m still depressed. It’s nothing. I’m fine. It’s your problem not mine. Everyone (else) is crazy, don’t try to change my mind.”

The band also appeared on the LA date of Warped Tour and has toured nationally with The Used for the 15 Year Anniversary tour.