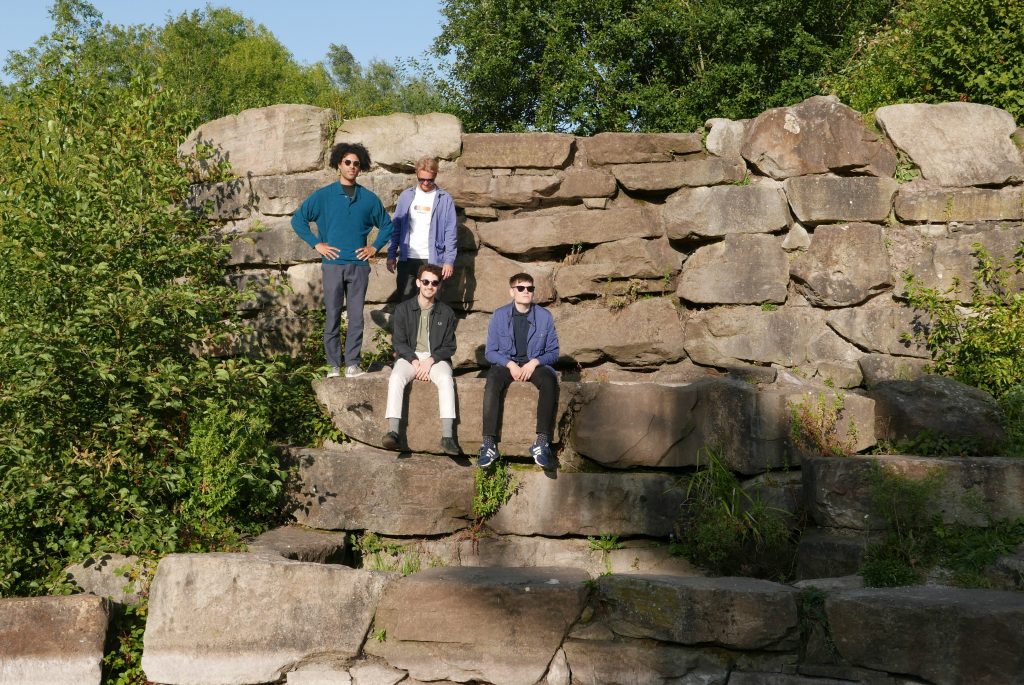 PONDAROSA have confirmed details of their addictive new single, ‘As You Think’ – set for release on 13th November.

Exuding a new, psychedelic and disco-infused energy, ‘As You Think’ marks a huge step up and change in direction for the Manchester/Liverpool based four-piece. Teaming up with Matt Heap of Suff Studio for a third time, 2020 sees the band look to influences like New Order, ABBA and Dua Lipa to focus on a groovier, synth-heavy sound which emphasises their captivating and uplifting energy.

‘As You Think’, we worked with Matt Heap for the third time, which made things very relaxed and easy from the start. Matt is comfortable with electronic music as well as guitar-based stuff, so he was able to help us capture a great blend of guitars and synths to create a more disco-infused sound.”

Based between two of the UK’s most prominent music scenes, Manchester and Liverpool, Pondarosa’s reputation as one of the North West’s strongest upcoming live bands continues to grow.

Working with powerhouse promoters This Feeling and Scruff of the Neck, the band have established an effortless brand of live energy through sold-out support shows with the likes of Honeymoan and Shambolics, and a full capacity debut headline show at Salford’s The Eagle Inn.

Forced to step aside from the live scene, this year has seen Pondarosa look to focus on the disco and psychedelia side of their songwriting, swapping drums for keys and introducing funky and infectious basslines. The resulting new direction sees the band stronger than ever before, ready to break out of the North West and establish their ever-growing reputation much further afield.

PONDAROSA – ‘AS YOU THINK ’PRE-SAVE HERE