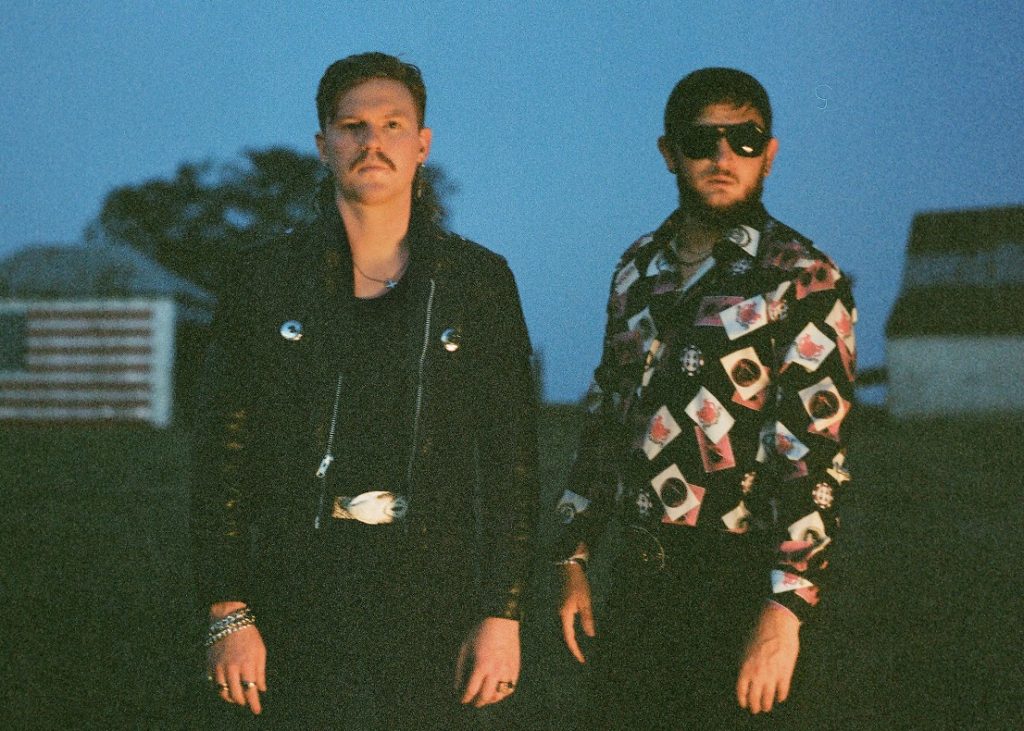 Trash-wave trailblazers, Me Nd Adam, is the depraved result of a relationship between a self-loathing egotist and a boisterous, red-headed emotional wreck. After meeting in New Orleans and hating each other,

Adam & Vince parted ways. Unfortunately, there can be no despair without hope, no discord without union, no darkness without light. Thus, Adam & Vince came to realize they had no choice but to embrace their differences and craft the emotionally turbulent, alternative pop duo, Me Nd Adam. Now living the dream in a small apartment in Austin, they’re sharing their hope-tinged despair with the world.

Over the past year, the band has been refashioning its sound, embracing their Texas roots with a traditional rock aesthetic in instrumentation, lyrics, and arrangement, while retaining elements of their original alt electro-pop style. The new vibe is reminiscent of classic American songwriters like Tom Petty and Bruce Springsteen with a contemporary twist of pop production like heavy hitters Marshmello and Louis Bell. The band’s influences range from Willie Nelson to Meek Mill, Jason Isbell to Blink 182.

“The More I Grow Up” is a coming of age story. Focusing on change and how in that process we can come to question our innate value to the world and ourselves. Vince confides, “We’d just been to New York chasing big dreams and wound up blowing all our money and getting drunk for a couple years. We were on our last dollar, eating lettuce tacos and using our gas oven set to 500 degrees to stay warm.” Inspired by the likes of The Killers, “The More I Grow Up” is the duo’s own twist on indie/synth, featuring big synth-rock energy with a heartland rock edge. Adam shares, “I’m proud to say me nd Vince bootstrapped this one and produced, engineered, and mixed it by ourselves. I think because of that, it’s true to the vision we had for the song.”

Me Nd Adam have garnered millions of streams across DSPs, with their music garnering acclaim from the likes of Rolling Stone, American Songwriter, Wonderland Magazine and The Line of Best Fit. They have also received notable sync placements, such as MTV’s ‘Real World’. The music video for their most recent single “Heartbreak Kid” was a finalist at the Austin Music Video Festival, nominated for Video of the Year.

After honing their live show at venues like Irving Plaza and The Fonda, Me Nd Adam opened to a sold-out crowd for Big Freedia at the Mohawk in Austin. Since then, the band has been tearing through the Austin music scene with appearances at Pride Fest ATX, Mohawk, Emo’s, The Parish and a sold-out headline performance at Stubb’s.

American Drip Part I, is out this fall via Las Vegas-based indie Handwritten Records.