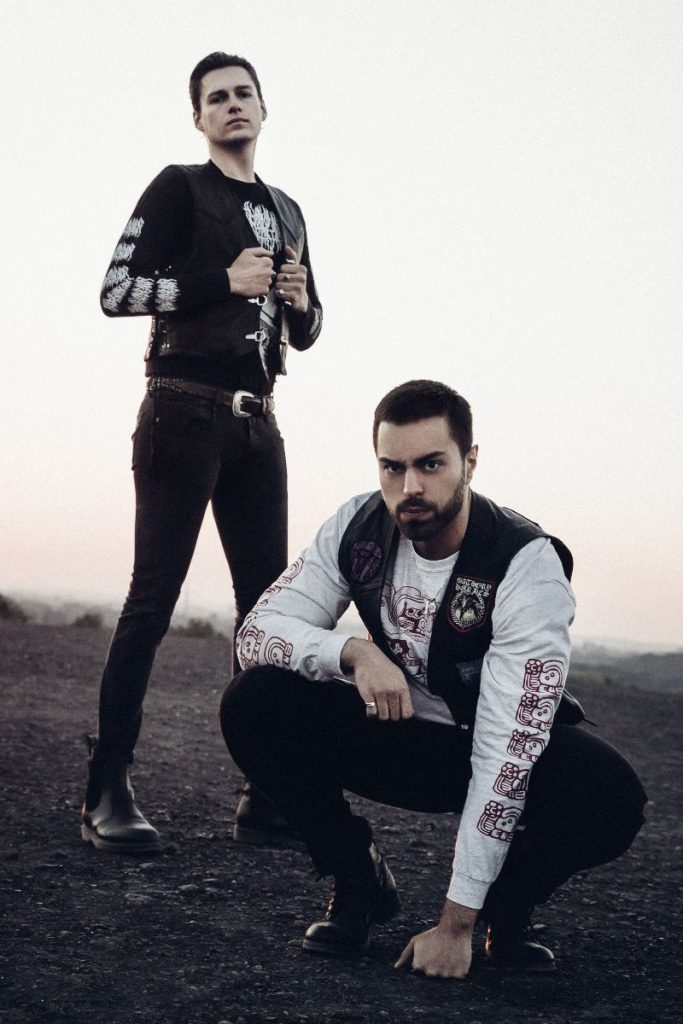 IMHA TARIKA unleash the first track taken from their forthcoming sophomore full-length “Sternenberster“, which marks the Germans’ debut on Prophecy Produktion black metal sub-label Lupus Lounge. The album has been slated for release on December 11th,

Kerem Yilmaz aka Ruhsuz Cellât comments: “Our song ‘Brand am Firmament’ deals with the final overcoming of the aggressor that resides in your heart and pulls you down into the depths of loss time and again”, explains IMHA TARIKAT‘s mastermind. “How often will you allow yourself to relive failure and misery? How long will you continue to let it tear you apart while a vicious joy grows out of your futile efforts to fight this? The root of this suffering hides in places where only darkness lurks. ‘Brand am Firmament’ is a vision of a failed cause that flickers with lucid disappointment. Annihilate it! Mature and grow through this war of passion!”

A supernova is a stellar explosion...

...a cosmic event of such gargantuan dimensions that is hard to comprehend.

On further news, Lupus Lounge will also make IMHA TARIKAT‘s early works available again. Parallel to the release of “Sternenberster” on December 11th, they will hit the stores under the combined title “Kara Ihlas / Kenoboros  – Initiation of Passion Bursting”.

A supernova is a stellar explosion, a cosmic event of such gargantuan dimensions that is hard to comprehend. Expressed In simpler words, it is a star bursting. IMHA TARIKAT‘s second full-length “Sternenberster” literally translates as “burster of stars”, which refers to the crushing force emanating from these tracks. The raw and throat-bleeding vocals of founder Ruhsuz Cellât also resemble such a cosmic outburst in the violent pressure with which they are ejected from his body. Furious drumming in constant attack mode pushes a massive shockwave of humming and shredding strings forward with equally unstoppable power.

On “Sternenberster”,  IMHA TARIKAT take the harsh sound of their debut album “Kara Ihlas” (2019) a huge step further while at the same time staying true to their course. The German black metal act combines an old school approach based on the Norwegian second wave with dark melodic Swedish influences, vicious outbursts of speed, a dash of punk, and even a pinch of occult rock. Their densely woven string-tapestries allow for distant comparisons with a number of the band’s compatriots, but IMHA TARIKAT chose a very direct, raw, and fierce form of expression, which is driven by pure gut instinct and burning emotion.

Lyrically, IMHA TARIKAT have taken strong inspiration from psychoanalysis and particularly dream interpretation. “The suppression of feelings and the rejection of remembrance can cause serious disturbances in the subconscious mind”, explains Ruhsuz. “The rupturing of such displaced memories easily leads to extreme pain and emotional turmoil – like a star bursting.”

The sound created by founding member and mastermind Ruhsuz Cellât is infused with high voltage intensity and constant outbursts of inner pressure that also show in his relentless full-throttled vocal style. The extroverted frontman is violently unleashing all his passion into IMHA TARIKAT. His boundless ambition and utter dedication become audible in the fast and steady progression of his songwriting from the first EP “Kenoboros” (2017) and the following demo “Son Mistisizm” (2018) to the 2019 debut-full length “Kara Ihlas”. IMHA TARIKAT‘s “Sternenberster” is a black metal supernova!