Picking Up The Pace – INHUMAN 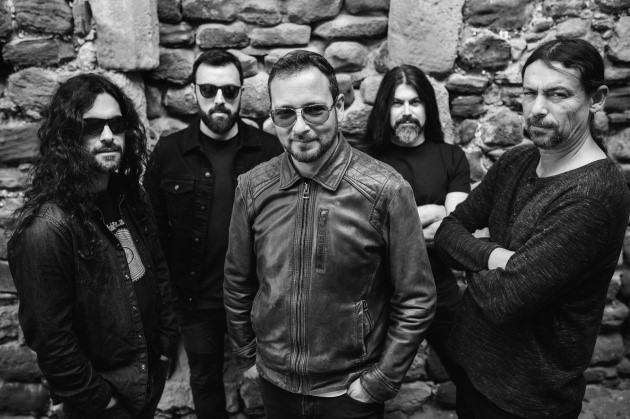 On the verge of celebrating thirty years together, the band has just recorded their most ambitious and remarkable album yet, under the supervision of Daniel Cardoso (Anathema, Angelus Apatrida, Ava Inferi). Their upcoming, dark metal opus “Contra”, caught the attention of Moonspell’s Fernando Ribeiro, who has immediately signed the band on his label Alma Mater Records.

Since 1995’s first effort with the Pure Redemption demo, INHUMAN has exceled as a band that combines influences from the UK Rock and Doom masters like Paradise Lost or early Anathema, with their own unique brand of melodic and catchy songwriting. Their studio albums (Strange Desire, 1996 and Foreshadow, 1998) gained the band high praise and amazing enthusiasm by both crowds and critics alike, and it’s finally time to pick up where INHUMAN left, with one of the most spectacular records ever made by a Portuguese Metal band! Just exclusively premiered with Rock Hard Magazine Germany and Metal Hammer Portugal, INHUMAN has unleashed a first single from “Contra”.

“Contra” will be coming out as LP, CD, Tape and in Digital formats on November 6th 2020 via Alma Mater Records, the pre-sale has just started at THIS LOCATION!

05. The Flames Of Secret Shame