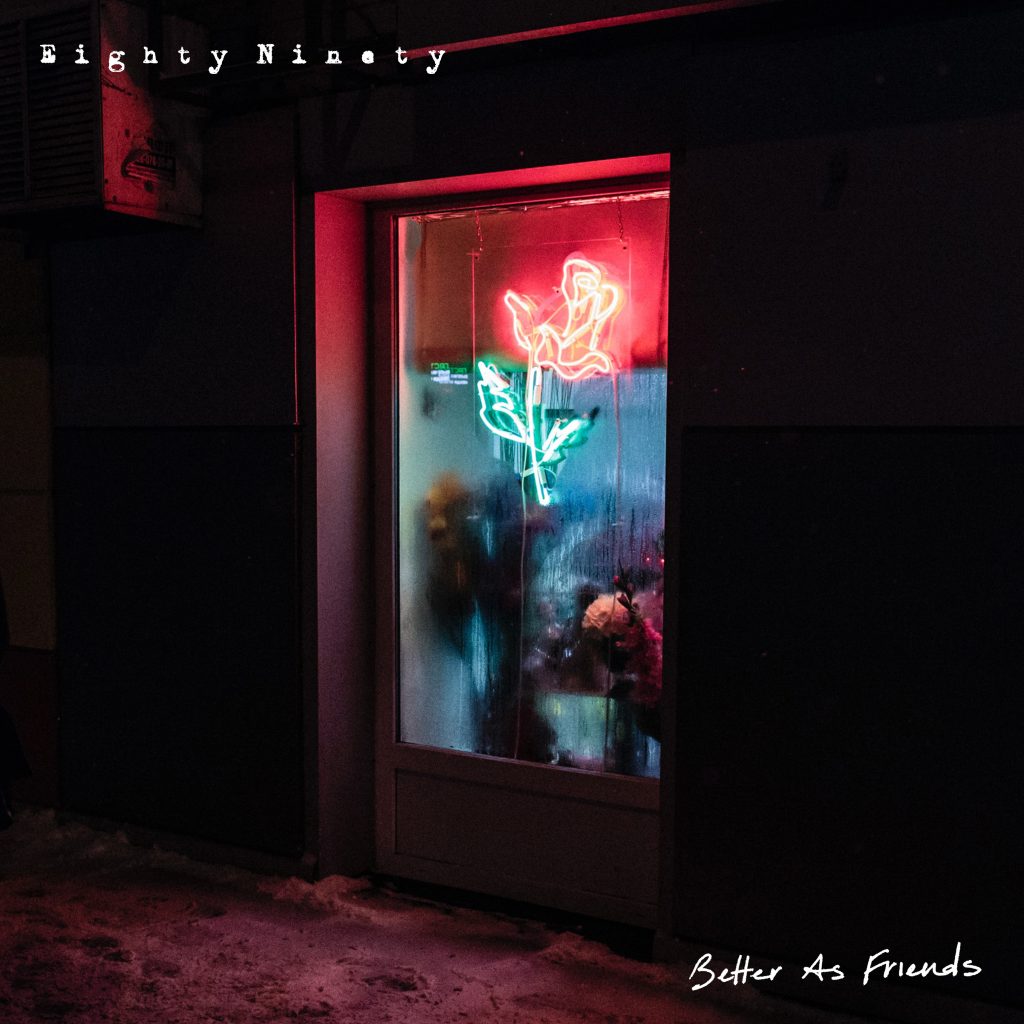 Both cinematic and intimate, “Better as Friends” is a dreamy mix of contemporary pop and hazy chillwave production propelled by a driving pulse that culminates in a yearning, widescreen chorus complete with soaring melodies, lush arrangements and the band’s distinctive guitar work. As with all of Eighty Ninety’s tracks, “Better as Friends” uses deeply personal lyrics to connect with universal themes and feelings, exploring the powerful pull to stay connected with someone you once loved despite how painful it can be. “It’s about the desire to live in the past rather than face the end, and how loving someone can mean wanting the best for them even if that no longer includes you,” Abner and Harper write.

Eighty Ninety first broke out with their hit 2016 single, “Three Thirty,” which climbed to #2 on Spotify’s Global Viral Charts and was closely followed by their debut EP Elizabeth. Since then, the duo’s music has garnered over 26 million streams, featured on numerous Spotify playlists (New Music Friday, Pop Rising, Indie Pop, Chill Vibes, Viral Hits, and many more) and was even hand-picked by Taylor Swift for her official Spotify playlist “Songs Taylor Loves.”

The NYC based duo’s songs fuse intimate storytelling, sticky melodies, and minimalist pop productions built on acoustic instruments and electronic sounds in a style they call “808s and telecasters” — a shorthand for both their music and their anything-goes mentality in the studio. “We let the emotional arc of the song, rather than any set of genre conventions, lead us to instruments and sounds,” the brothers say of their process.