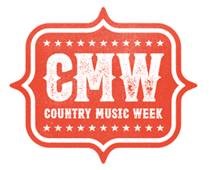 Country Music Week is going Digital!!! The organisers of Country To Country – Europe’s biggest country music festival – alongside some of the world’s best country stars and emerging talent have come together to deliver a full week of free incredible country music content across various platforms exclusively for UK and European fans.

Country Music Week has previously brought fans an exciting, week-long series of shows across iconic London venues celebrating all things country. Due to the ongoing COVID-19 global pandemic; Country Music Week Digital will offer fans the opportunity to connect with artists across the broad spectrum of country music.

Country To Country socials will host exclusive Day In The Life Takeovers with artists giving an insight into their daily lives. Artists will be taking over Country Hit Radio for hour long programmes; as well as performing on the likes of BBC Radio 2, Destination Country and Chris Country Radio alongside exclusive interviews. Big Machine Happy Hour and BMG & BBR present Afternoon Tea will also take place across the week featuring some incredible artists. Song Suffragettes and Nashville’s Bluebird Café also return to host live online concerts. Plus, a live performance and interview on Sunday Brunch with Twinnie alongside Ingrid Andress and many more hosting their own events.

Timings and where to watch & listen will be announced next week.

*line up subject to change.

Jimmie Allen A Day in the life of – C2C Instagram takeover

Lindsay Ell A Day in the life of – C2C instagram takeover

Scotty McCreery A Day in the life of – C2C Instagram takeover

The Adelaides and friends – “Driveway with”

Midland A Day in the life of – C2C Instagram takeover

Ingrid Andress presents “Is That The Tequila Talking?” UK Edition

Brent Cobb – A night in with Destination Country

Caylee Hammack A Day in the life of – C2C Instagram takeover

Noah Schnacky A Day in the life of – C2C Instagram takeover

Bob Harris – Stand By Me: 50 Years In Broadcasting a special zoom event hosted by Destination Country

During this special week the artists who will be performing for you will also be hosting shows over the seven days exclusive to Country Hits Radio, playing you songs from their favourite artist and giving us great stories from their own lives.  Once Again this will be a landmark week of Country music for the UK and you’ll hear all the latest only on Country Hits Radio.

About Chris Country Radio – Chris Country has been broadcasting country music to the UK since 2013 and is available on DAB Radio and on smart speakers. Blending the finest tracks from both sides of the pond, the line-up includes founder Chris Stevens on breakfast, plus Kix Brooks and Bobby Bones direct from Nashville every weekend. In March 2020 Chris Country became part of the CountryLine family, and newest presenter Tim Prottey-Jones has joined the station to spotlight the UK country music scene each week on “CountryLine Homegrown”.

One thought on “A Digital Yee Haw – Country Music Week”