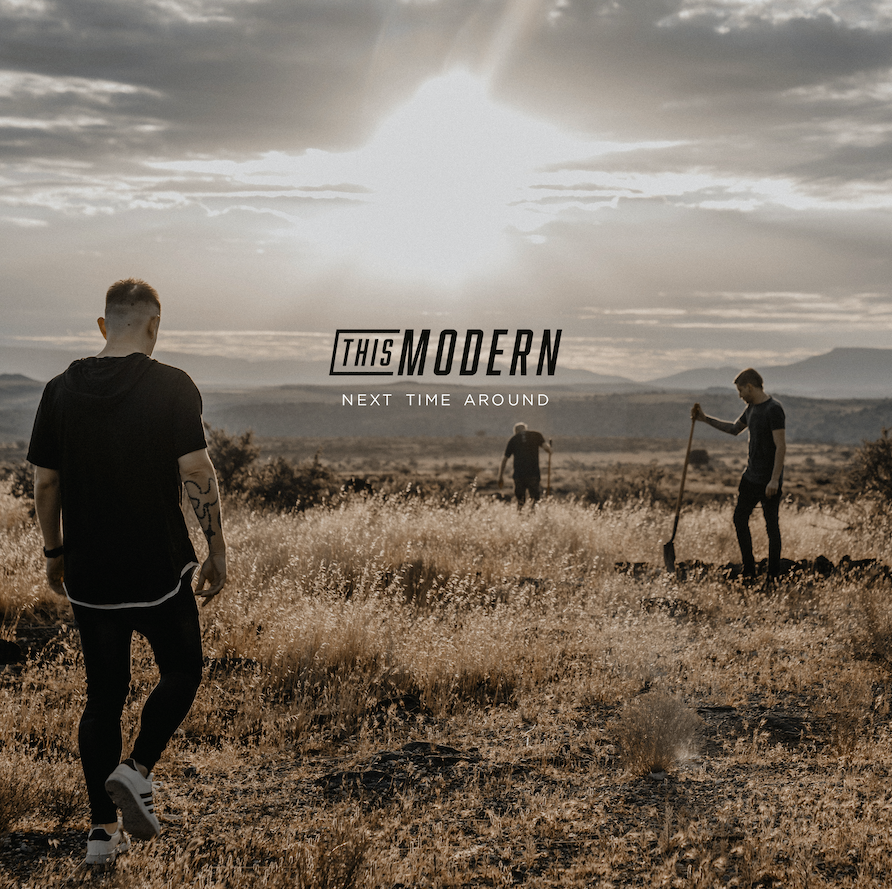 Phoenix, AZ alternative rockers This Modern have just released their new single “Next Time Around.” The song is now streaming on all digital platforms via Atlanta-based label 59 X Records.

Of the new single, vocalist Marcus Reardon says, “The lyrics are designed to be more sad and reflective, while the instrumental is there to uplift you and make you move- it’s a style of writing that we’ve worked a long time to nail down. The goal was to create something anthemic, but beautiful.”

Drummer Sean Whiteman adds, “The instrumental was inspired by a Cemetery Sun song, “Piece of Shit.” We’ve been listening to a lot of their music in the studio lately.”

For the video, the band selected the location of Jerome, AZ because of its unique frozen in time, ghost town aesthetic. The clip communicates the belief that even in the face of a global pandemic, it’s a mental choice to let a bad situation totally consume you.

Vocalist Timo Willsey says, “Given the ongoing socioeconomic inequality, a paralyzing pandemic, inept government, ecological decline, sick social norms and general culture in decline, people are either depressed or in denial. We keep making music to cope, to hope, to love, and to change.”

As the band prepares to throw the party at the end of the world, “Next Time Around” is a welcomed invitation and reminder that misery loves company.

In speaking about their recent signing to their new label, Reardon adds, “It’s been our dream to sign with a label who understands our vision and wants to grow with us. We’re excited to have found that in 59 X Records.”

“High risk, high reward” is the founding vision for Phoenix-based, ​This Modern. Blending melodic pop-rock with modern hip-hop, the 3-piece takes aim at a new identity, carving out a place for their own in an oversaturated industry.

Despite the global pandemic, This Modern has had an eventful 2020, releasing their single “Better Off,” which appeared on Ghostkiller Entertainment’s Emo Never Dies playlist and achieved over 10,000 streams in its first few weeks.

The group also provided direct support to Canadian alt duo and JUNO award winners, Neon Dreams, on their first regional US tour prior to the United States shutting down due to COVID-19.

“Next Time Around,” is the first single off the group’s new EP due out in 2021. The song captures the internal struggle and uncertainty around turning the page in the next chapter of your life. In a world plagued with injustice and corruption, This Modern is prepared to set the record straight and pave a path forward for fans to be in control of their future, even if that future is bleak. “This track is the cathartic hope that we all have for another chance,” says songwriter and producer, Timo Willsey.

With “Remedies”, their first 7 self-produced songs, This Modern hit the ground running. From an anthemic collab with The Color Morale’s Garret Rapp in “Get to Me”, to epic ballad choruses in “If I Should Go”, This Modern had no hesitation to test traditional notions of genre boundaries.

Their 2020 single “Better Off”, is an energetic track born from the touring woes of a global pandemic and the hope for a better path forward.

This Modern has performed at Pop Culture Festival, The Great Unknown Festival, the Phoenix Suns season opener, provided direct support for Hoobastank at the Mesa Music Festival, and toured with Neon Dreams.

With the added support of 59 X Records, This Modern plans to release more music and tour as soon as it’s safe to do so.