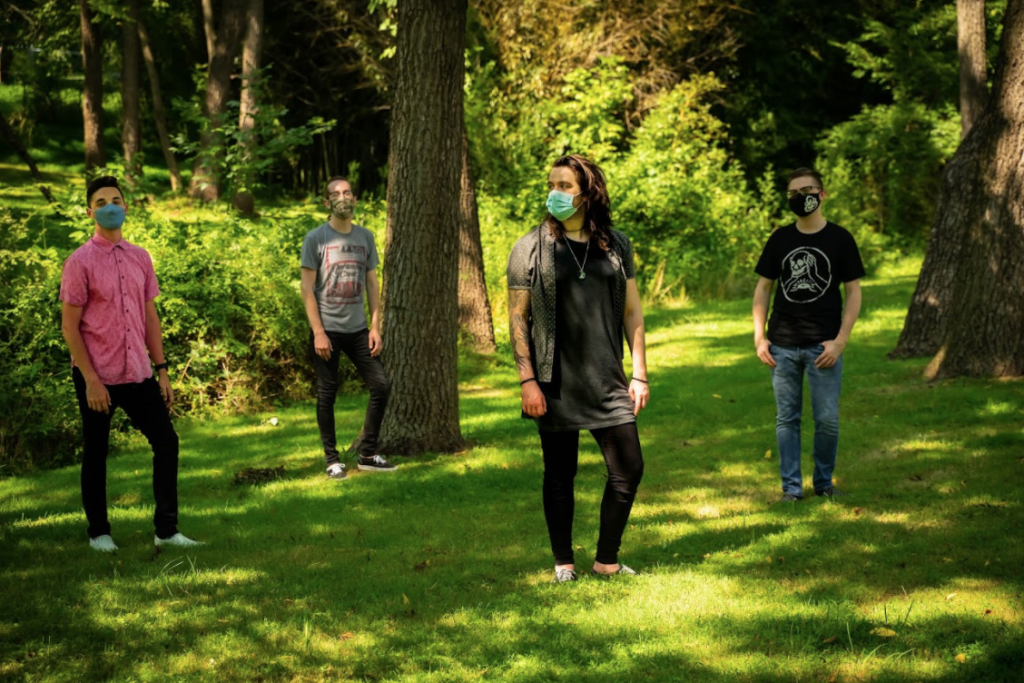 There’s something special about being able to create in the midst of a crisis. It’s like a rose growing out of a crack in the sidewalk: unexpected and beautiful. Somewhere between the hours of Animal Crossing and wondering what day it is, a Philadelphian indie/emo band called Floorbird was born.

For Eric Reavey, Kevin Folk, Drew Grahn, and Tom Brucker, this project has been over a year in the making – meticulously mapping out melodies, tirelessly recording and creating videos entirely in-house. Having already released the single “I’m Not Nervous,” with accompanying lyric and live videos that have accrued thousands of plays between social media platforms, and spending months refining their tone and style at their home studios, their efforts have all culminated in their EP, Fall Apart Anywhere.

“This was our first attempt at a “real” music video, all done in-house. We didn’t want to do something grandiose for our first video, and Drew [Grahn, Bassist] came up with a scrapbook-themed performance video. To execute this with just us, a few friends and the tools we’ve got – we’re really proud of it.”

With plenty of pop sensibility to sing along to, their debut isn’t all comfort food: in 26 minutes, there’s more about mental illness, loss and intrusive thoughts than love. But, in a time of profound separation, it’s a familiar voice desperate for connection. There’s something special about being able to create in the middle of a crisis – and Floorbird is audible proof.