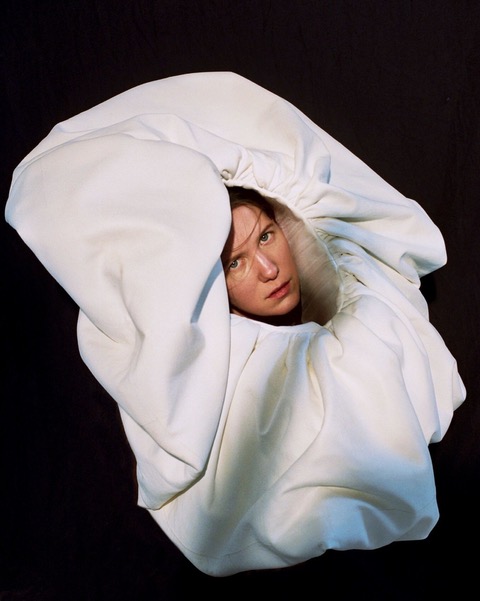 With equal parts reverie and intention, her version of the classic track showcases the unvarnished intimacy East is able to create between herself and the listener.

“Running Up That Hill” is East’s first release with Partisan, and a preview of her forthcoming album which will be out in 2021. More details on that coming shortly.

East elaborates on the cover, saying: “I’ve been a huge Kate Bush fan since my late teens/early twenties when her ‘Wuthering Heights’ videos sent me down a never-ending Kate Bush rabbit hole. That song has been a karaoke go-to for me for years and ‘Hounds of Love’ is one of my favorite records ever. I put it on when I am sad, and it does a lot of joyful heavy lifting for me.

“I want to humanize different characters.”

One day when I was walking to the train thinking about the record I was making and its themes, I had the idea to cover ‘Running Up That Hill’. It just kind of hit me how relevant that song is to everything I was thinking and writing about.  FKA Twigs’ ‘Cellophane’ video had just come out, so that track was really on my mind when producing the song, as well as Okay Kaya’s ‘Both’ and the Bulgarian State Television Female Choir. I love how it came out and I think everyone can relate to wanting to trade places with another person to feel what they feel and let them feel what you feel.”

Aerial East’s music explores the space between the conscious and unconscious mind, between what was and what will be. She dives into what she has known – adolescence, heartbreak, coming into a new social consciousness, and managing a perpetual unanchored-ness – in order to find a most surprising place to rest inside: the unknowable.

As the daughter of a military family, East spent her late childhood in Europe and teenage years in Abilene, Texas. After dropping out of community college, she moved to New York City where she’d meet a group of musicians whom she would come to befriend and collaborate with (including Okay Kaya, Kelsey Lu, Wet + more). She hopes to tell stories we don’t hear often. “I want to tell stories about people in Texas,” she says, “I want to humanize different characters.”