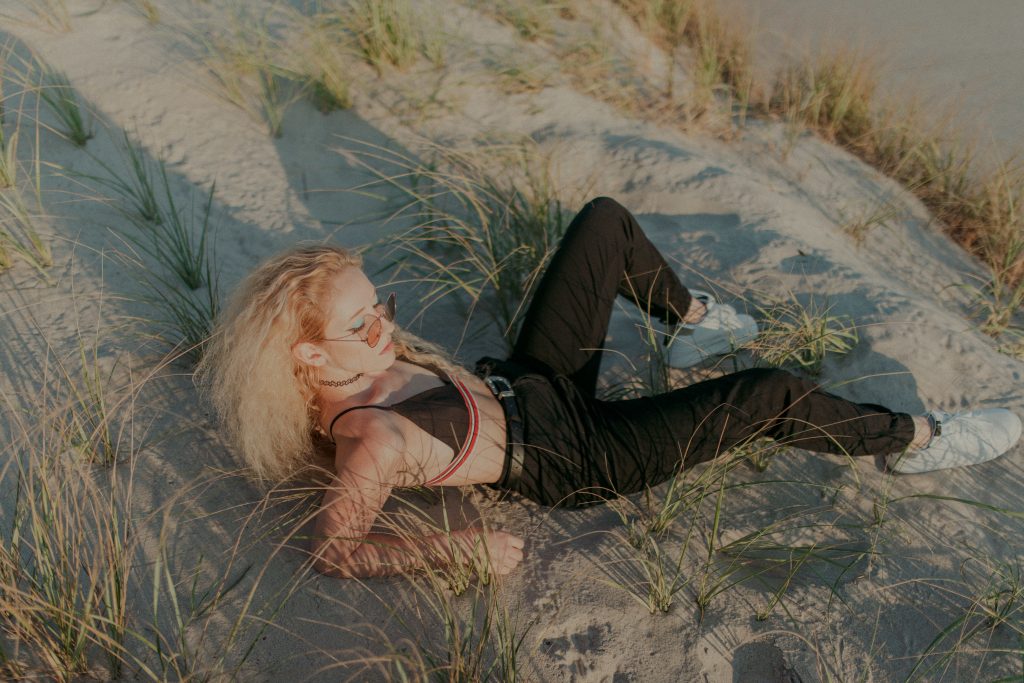 New York-based artist, songwriter, and producer, Skyler Cocco, returns today with her new single, “The Drive.” Combining dreamy chillwave production with irresistibly catchy lyricism, “The Drive” arrives as a glistening synth-pop gem that hits in all the right ways.

“I wrote ‘The Drive’ to reflect on a time where I’ve said things I didn’t mean to my partner or lashed out in a way that made them feel insecure in the relationship,” she writes on the inspiration behind the song. “It’s the cooldown period after a fight, where you take some space to really let your own words resonate and see where you were wrong in a situation, and realize what you’re putting at stake by not changing those behaviors. I really wanted to write a love song that felt vulnerable and showed my true intentions, that I can hold myself accountable and change for someone who I wouldn’t want to live without.”

Crafted in the midst of quarantine, “The Drive” started out as a demo built on a guitar sample from electro-pop trio MUNA’s Splice “World Saving Sample Pack.” Skyler received an email about a competition Splice were holding with the MUNA sample pack and decided to submit the barebones demo she’d put together. A few days later, MUNA hosted a Twitch stream to give feedback on their favorite submissions and “The Drive” was chosen as a standout track. With the encouragement of one of her favorite bands and a virtual crowd of new fans, Skyler decided it was going to be her next single.

Producing, writing, mixing, and performing all of her own tracks, Skyler Cocco is a true multi-hyphenate act. The born and raised New Yorker started experimenting with music at the age of eleven on her dad’s digital 8-track, and by the end of high school she had taught herself to play guitar, bass, and piano by ear. After releasing her 2017 debut album, Reverie, Skyler has continued to hone her sound with a multitude of single releases, racking up over 1M+ cumulative streams across her repertoire. Blending synth-pop, dream-pop and alternative rock influences beneath melodic, soulful vocals, Skyler draws listeners in with lyrics inspired from her own personal and musical journey as a 20-something queer woman.

Listen to “The Drive” on all streaming platforms:
https://sym.ffm.to/skylercocco_thedrive