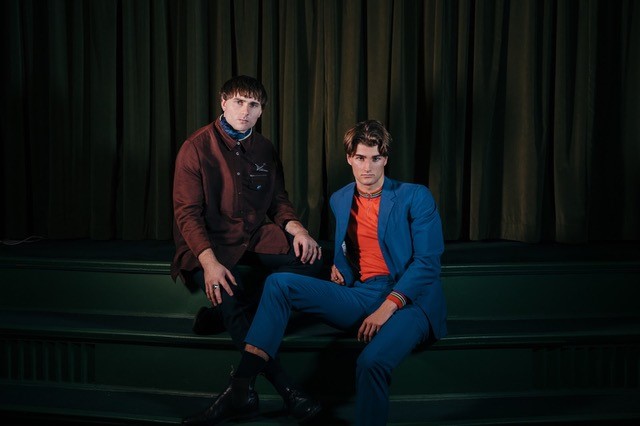 Fusing the taut post-disco strut of Parcels, the meta-Funk of Chromeo and the French-Touch panache of Cassius, “Whether or Not” is a hyper stylised and deeply danceable new cut that finds the duo unafraid to take risks.

Chance, fate, luck – call it what you like. Roll the dice and ultimately sometimes you win and sometimes you don’t. “Whether or Not” is inspired by the impulses and temptations that erode our rational inhibitions and compel us to gamble. Whether the odds are on or stakes are high, it’s in our human nature to take risks, calculated, foolhardy or sometimes even dangerous. “Whether or Not” comments on the chaos of that instinct built into our very fibre; one that can drive us to put everything on the line for a leap into the unknown.

Speaking about ‘Whether or Not’, Barley Passable say: “Whether or Not is a song about the gamble of decision making and not knowing whether the choice you have made is correct. No matter if it’s coming or going, leaving or staying, or knowing whether you are with the right person, this universal feeling leaves you with restless nights and many troubled thoughts. You can either gamble with uncertainty or choose not to roll the dice and risk losing what might be. Written at a time where both of us had the benefit of hindsight to reflect on some important personal decisions we had made, and whilst not gamblers ourselves, we were and still are fascinated by the idea of putting everything on the table, and the consequences that follow.”

Finding themselves separated by the lockdown of 2020, ‘Whether or Not’ became the first piece of music the pair had written apart in almost 2 years. Exchanging ideas for new riffs, melodies, vocals and lyrics all the while, upon reconvening in May 2020 the components fell into place almost instantaneously to create the seamlessly sleek new track we now hear as ‘Whether Or Not’

Only the second official release from the aspiring duo of Kai Ollmann (guitars and vocals) and Davy Brown (keyboards and vocals), the confident new single from BARLEY PASSABLE follows their debut: “All I Have” released earlier this year.

Based in Australia, the duo fuse various genres to create a unique mix of old and new – melding 70s disco, 80s new wave and modern French pop. Initially making music to escape from the drudgery of their studies, finding a stimulating chemistry the pair now work with a mission statement to create chic and glossy electronica creations for the masses. Inspired by the sounds of Daft Punk, Jungle and Justice, Barley Passable make smart pop designed to make people move with soaring hooks, irresistible melodies and world class groove.

Their two singles to date “Whether or Not” and  “All I Have” showcase the essence of Barley Passable, and their innate ability to craft pop hooks with compelling lyrics, all the while maintaining the driving essence of disco.

BARLEY PASSABLE: “WHETHER OR NOT” –  OUT NOW