An Autumnal Treat – The Smashing Pumpkins 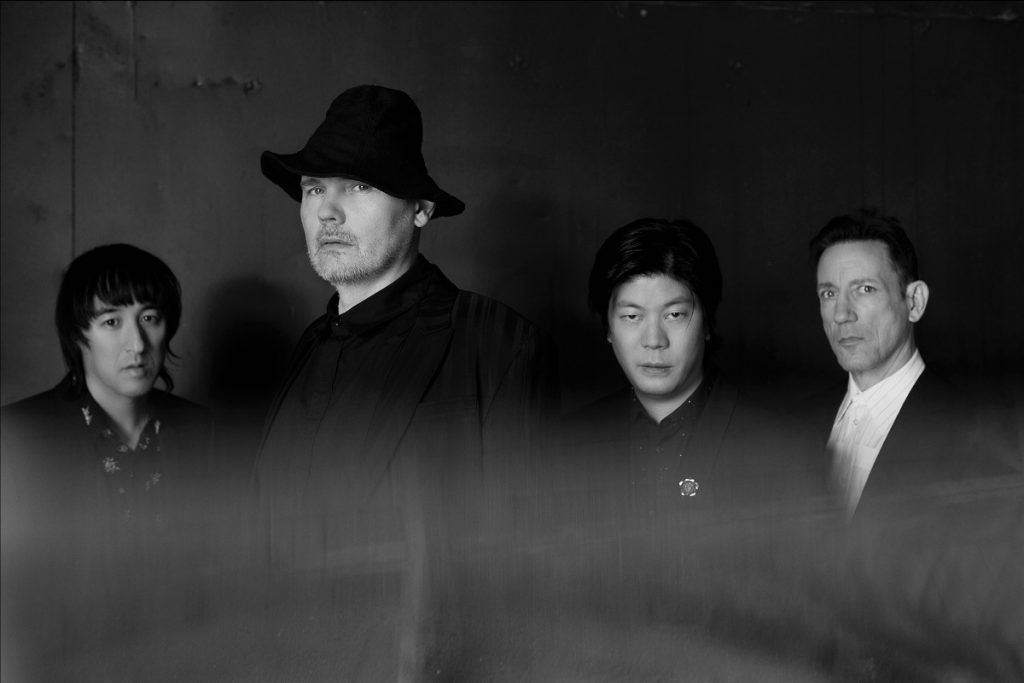 Following the release of their latest critically acclaimed singles ‘Cyr’ and ‘The Colour Of Love,’ GRAMMY® Award-winning, alternative rock luminaries, The Smashing Pumpkins have revealed details on their forthcoming eleventh studio album, titled ‘CYR,’ which is set for release via Sumerian Records on Friday, November 27.

Global praise continues to pour in since the release of their current single and album namesake ‘Cyr,’ – which was #1 most added at Alternative Radio first week of release –  and ‘The Colour of Love,’ both from their now confirmed forthcoming double album. Variety applauded the songs for remaining “rooted in the now,” and for “effortlessly taking their place alongside a catalog of cherished Smashing Pumpkins classics.”

While Billboard exclaimed “The Smashing Pumpkins are getting ready to smash it up once more.” The accompanying music video for ‘Cyr’ – co-directed by Linda Strawberry and Billy Corgan – amassed an impressive 1 million views upon release.

Today, the band also released the trailer and details for their upcoming five-part animated series, titled ‘In Ashes’, created by Billy Corgan and animation by Deep Sky. The first two episodes ‘As The Crow Flies’ and ‘Inspirations, Aspirations’ will be revealed on September 25, along with new music from the album.

In other news, The Smashing Pumpkins will be headlining Riot Fest in Chicago, which takes place on September 17 – 19, 2021. Other acts confirmed include Pixies, Run The Jewels and My Chemical Romance. Also, just announced, they will be closing one night of the Sea.Hear.Now Festival in Asbury Park, NJ, which takes place September 18 – 19, 2021. Other acts confirmed include Pearl Jam, The Avett Brothers and Billy Idol. For more information and tickets, go to: www.smashingpumpkins.com

Formed in Chicago, IL in 1988, The Smashing Pumpkins released their heralded debut album Gish in 1991 and found mainstream success with 1993’s 4x multi-platinum Siamese Dream and 1995’s 10x multi-platinum Mellon Collie and the Infinite Sadness. The band has released seven additional studio albums; Adore, Machina/The Machines of God, Machina II/The Friends and Enemies of Modern Music, Zeitgeist, Oceania,Monuments to an Elegy and their last full-length, Shiny and Oh So Bright, Vol 1 / LP: No Past, No Future, No Sun. With over 30 million physical albums sold, the multiple GRAMMY®, MTV VMA, and American Music Award winning band remains an undeniable force in alternative rock.

‘CYRs’ follows the band’s 2018 Rick Rubin-produced full-length SHINY AND OH SO BRIGHT, VOL. 1 / LP: NO PAST. NO FUTURE. NO SUN and accompanying headlining tours that sold in excess of 350,000 tickets across North America; selling out arenas including The Forum, United Center, Madison Square Garden and many more.

CYR is out worldwide on Friday, November 27th.
Pre-order/save HERE