A Hangin’ Banger – Me Nd Adam 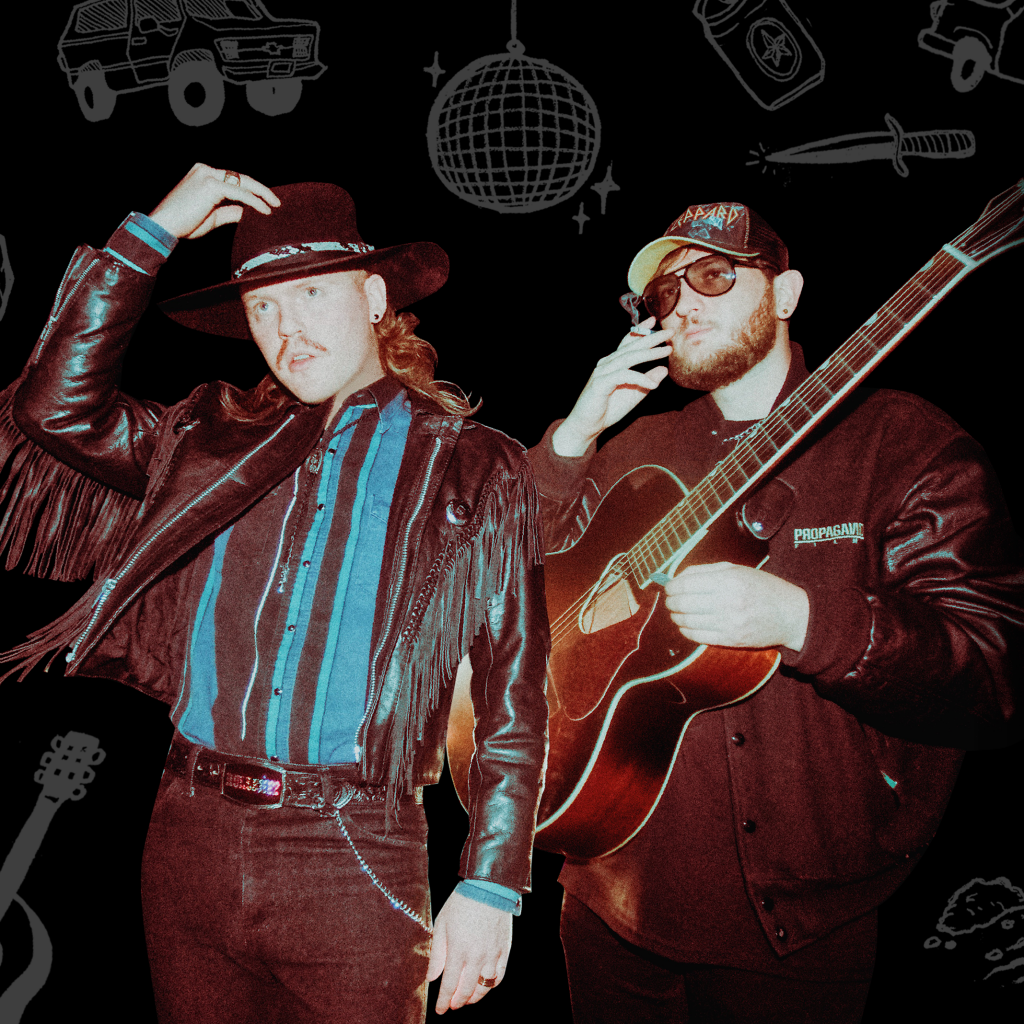 Trash-wave trailblazers, Me Nd Adam, is the depraved result of a relationship between a self-loathing egotist and a boisterous, red-headed emotional wreck.

After meeting in New Orleans and hating each other, Adam & Vince parted ways. Unfortunately, there can be no despair without hope, no discord without union, no darkness without light. Thus, Adam & Vince came to realize they had no choice but to embrace their differences and craft the emotionally turbulent, alternative pop duo, Me Nd Adam. Now living the dream in a small apartment in Austin, they’re sharing their hope-tinged despair with the world.

Over the past year, the band has been refashioning its sound, embracing their Texas roots with a traditional rock aesthetic in instrumentation, lyrics, and arrangement, while retaining elements of their original alt electro-pop style. The new vibe is reminiscent of classic American songwriters like Tom Petty and Bruce Springsteen with a contemporary twist of pop production like heavy hitters Marshmello and Louis Bell. The band’s influences range from Willie Nelson to Meek Mill, Jason Isbell to Blink 182.

“Something Better” is the 3rd single off their debut album American Drip Part I. A fierce electro-rock banger that speaks to an oh-too-familiar feeling: the quarantine hangover. The duo unpack a debilitating binge-drinking cycle and the rarely heeded pep-talk you might give yourself afterwards. They explain, “You keep waking up every morning hungover and telling yourself you gotta get your sh*t together but the next thing you know you’re back on the wagon, boozin’ again. You might be self-aware enough to know it’s no good, but you’re too lazy or messed up to actually do anything about it.”

Me Nd Adam have garnered millions of streams across DSPs, with their music garnering acclaim from the likes of Wonderland Magazine and The Line of Best Fit. They have also received notable sync placements, such as MTV’s ‘Real World’. The music video for their most recent single “Heartbreak Kid” was a finalist at the Austin Music Video Festival, nominated for Video of the Year.

After honing their live show at venues like Irving Plaza and The Fonda, Me Nd Adam opened to a sold-out crowd for Big Freedia at the Mohawk in Austin. Since then, the band has been tearing through the Austin music scene with appearances at Pride Fest ATX, Mohawk, Emo’s, The Parish and a sold-out headline performance at Stubb’s.

American Drip Part I, is out this fall via Las Vegas-based indie Handwritten Records.