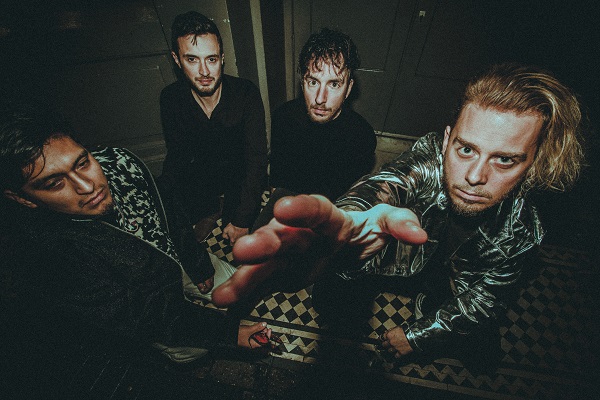 Cornish indie four piece Blue River return with their new single ‘Kiss Kiss’, set to be released on the 2nd of October via These Bloody Thieves Records. ‘Kiss Kiss’ is currently slated for radio impact on 23rd October 2020 (TBC).

‘Kiss Kiss’ is the band’s second release of 2020, a year in which the band set out to replicate the success they gained over the previous 12 months. 2019 saw the band achieve network radio airplay from Huw Stephens on BBC Radio 1, Tom Robinson on BBC Radio 6 Music, as well as John Kennedy on Radio X. Recent times have also seen the band play standout sets at festivals such as Boardmasters, Leopallooza, Tunes In The Dunes, and The Little Orchard.

Much like everyone working in the live events industry, the band can’t wait to return to gigging, especially in the vibrant London indie scene which they have made their second home.

New single ‘Kiss Kiss’ is a song all about the Rock’n’Roll lifestyle, and speaking of the meaning and feelings expressed in the track lead singer Perran Nicholls commented, “‘Kiss Kiss’ is a sexy song, about lust, Rock’n’Roll, and everything in between. Best to be enjoyed LOUD!”