Up And At ‘Em – Cassadee Pope 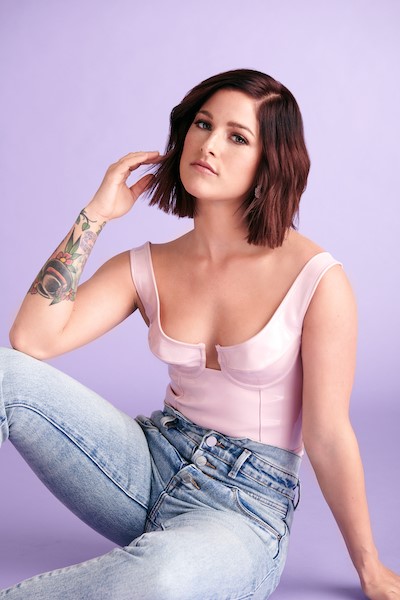 Produced by Pope with Todd Lombardo, the album has received wide acclaim, with People describing “an intimate aesthetic that showcases her vocal gifts,” and Forbes noting: “Pope’s singing is marked by its clarity – fitting, as her emotion is exposed.” Cassadee co-wrote every track, collaborating with writers such as Butch Walker and Emily Weisband, with Sam Palladio lending his vocals on ‘California Dreaming’.

Additionally, Cassadee will release a brand new version of the album’s empowering title track ‘Rise And Shine’, remixed by veteran producer and GRAMMY-winner Dave Audé (Kelsea Ballerini, Mark Ronson, Bruno Mars). Following a world exclusive first play from Bob Harris on BBC Radio 2 on October 8th, the single will be released to stream/download everywhere on Friday October 9th – pre-save on Spotify here. On working with Audé for the remix, she said: “The remix really took this song to the next level. I feel like the emotion has been taken up a notch with the thunderous rhythm sounds and the overall anthemic vibe. It’s been really special to see this song take on a whole new life!”

Looking ahead to next year, Cassadee is one of the first artists to have been announced for the forthcoming The Long Road festival from September 10th-12th 2021 – more info and tickets here: https://www.thelongroad.com/.

Rise And Shine is out now. The ‘Rise And Shine’ Dave Audé Remix (single) will be released on October 9th, 2020.

Cassadee Pope is a GRAMMY-nominated, Platinum-certified singer-songwriter who recently released her first acoustic solo album. Co-produced by Cassadee alongside Todd Lombardo, the new project follows her second solo album, STAGES, featuring hit singles “Take You Home,” “One More Red Light,” and “If My Heart Had A Heart.” From fronting rock band, Hey Monday, to winning Season 3 of “The Voice” and releasing her #1 debut album Frame By Frame, Cassadee has effortlessly re-arranged the lines of Country and Pop. She has experienced tremendous success throughout her career, with Platinum-selling single, “Wasting All These Tears,” being awarded with “Breakthrough Video of the Year” at the 2014 CMT Music Awards and her #1 hit “Think of You” with Chris Young receiving a 2017 Grammy nomination for “Best Country Duo/Group.” Cassadee has toured extensively, joining legendary artists Tim McGraw and Dierks Bentley, playing London’s iconic O2 Arena during C2C: Country to Country Festival, and earning the distinction of the only Country artist to perform at 2018’s Warped Tour. Cassadee performed “If My Heart Had A Heart” on the TODAY show, and toured with Maren Morris on her GIRL: THE WORLD TOUR. Cassadee continued to tour throughout the spring of 2019 as the headliner of the “2019 CMT Next Women of Country Tour,” which brought the franchise outside of the U.S. for the first time ever.