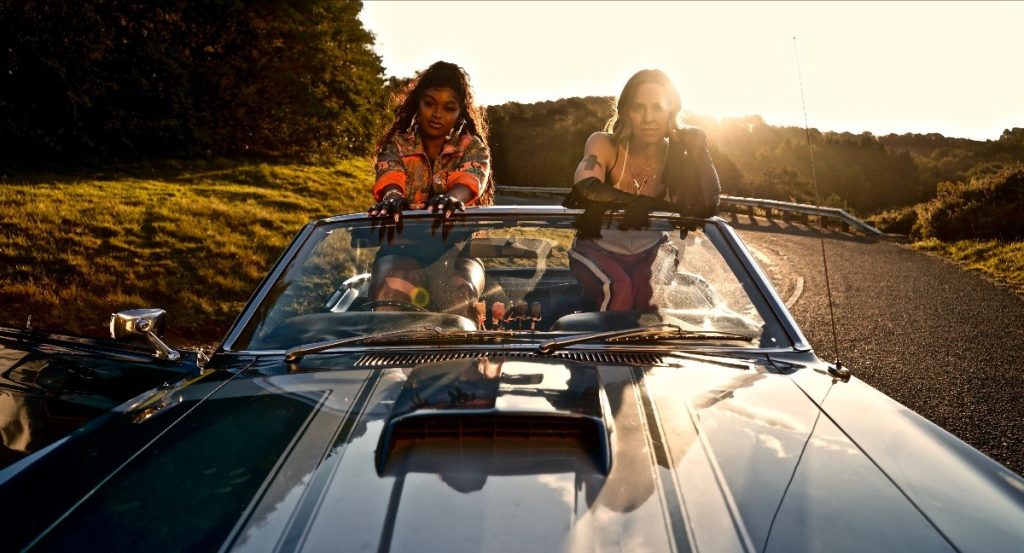 The legendary artist and Spice Girl, Melanie C has released a brand new track, ‘Fearless,’ featuring U.K rapper and rising star Nadia Rose. The track is taken from her hugely anticipated self-titled eighth studio album, which will be released on October 2 and includes her lead single ‘In And Out Of Love.’

Melanie C, the album, will be launched by four, full-band, global live stream events titled ‘Colour And Light,’and will see Melanie perform tracks from the record as well as giving fans a unique preview of her 2021 UK and European headline tour.

Pre-order the album and find tickets via https://melaniec.net/.

Soulful, uplifting and defiant, ‘Fearless’ is a 21st century Girl Power anthem of self-acceptance. “Meeting Nadia was kismet,” says Melanie. “I’d seen her on Kathy Burke’s documentary series on women and fallen in love with her attitude. As female artists, we have to be fearless. I love this girl.” Commenting on the collaboration for the first time today, Nadia likewise says: “It’s no secret that I’m a super Spice Girls fan so this whole experience has been very surreal. Melanie C is an incredible human being; creating with her has been nothing short of perfect. Feel-good song that makes you feel-GREAT!”

‘Fearless’ is Nadia’s first collaboration since her much-acclaimed ‘First Class’ EP, which featured recent single ‘Higher’, ‘Bad N Boujee’ plus more from “a leading force in the ever-growing popularity of British hip-hop”(Complex). She has already won a Mobo Award, been nominated for the prestigious BBC Sound Poll, and written extensively with Rihanna.

‘Fearless’ is a similarly fitting snapshot of where Melanie C finds herself in 2020, and the wider period of growth and evolution that is evident across her upcoming self-titled album.  An artist who lends her vital voice to the modern discourse on depression, body positivity, and the LGBTQ+ community, Melanie C’s trailblazing influence has never been more apparent than it has on her latest record. With collaborators ranging from Nadia Rose, Shura and her long-time Spice Girls ally Biff Stannard to remixes from the likes of Joe Goddard, few contemporary acts would be as at home doing all this as they would be performing under lockdown for ‘The Late Late Show With James Corden’, or putting together a specialist DJ mix for i-D Magazine. With over 100 million records sold and multiple BRIT, Ivor, Billboard and Olivier Awards under her belt, tracks like ‘Fearless’ nonetheless feel like new, more assured ground for Melanie C – and a glorious new chapter for Girl Power.

‘MelanieC,‘ the album, will be available digitally, on CD and on vinyl both in standard edition and as x2 deluxe CD edition with bonus tracks, exclusive colored vinyl, and special limited deluxe vinyl with exclusive 12” singles. Pre-order the album via https://melaniec.net/.