Back On The Meds – 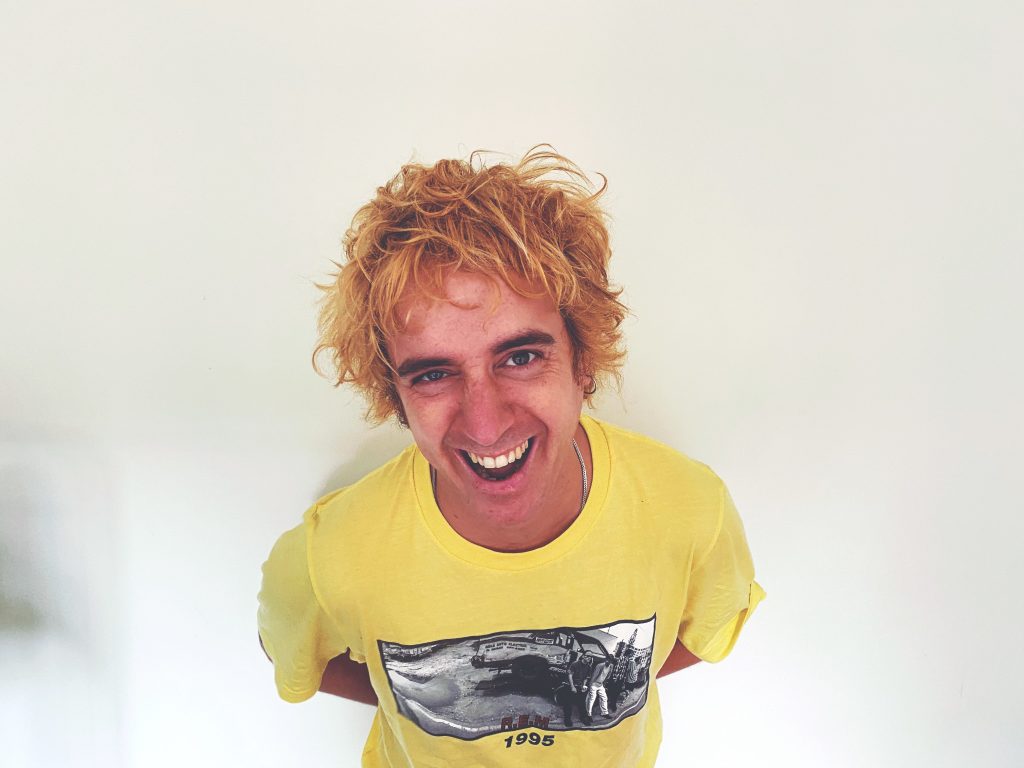 His second studio album in as many years, ‘Cheap Medication’ arrives as the follow-up to 2019 solo debut: ‘Next Episode Starts In 15 Seconds’ and is the next instalment of what Johnny hopes will become an annual series of releases.

The new album continues a prolific spell of activity for the songwriter that has also seen him release two compilations of outtakes and rarities (Low Fidelity Vol. 1 & 2); work in collaboration with his partner Billie Piper and playwright Lucy Prebble (Succession) to score the entire soundtrack for the critically acclaimed Sky Atlantic series ‘I Hate Suzie’ which is out now; plus rekindle friendships with his original band of brothers to reform: Tribes.

Released today and premiered by Steve Lamacq on BBC 6Music last night, “Real Thing” is the album’s leading single and offers a first glimpse of Johnny’s upcoming sophomore record. Dreamy of delivery and sweet-natured in its lyrics, it’s a straight-up love song to rival the best. Johnny says of the single. “It’s about finding your purpose to be with the person you’re meant to be with. I wanted to write a rock’n’roll love song, instead of a cliched one. It’s rough around the edges, but it’s definitely a love song.”

Penning the songs for ‘Cheap Medication’ in the rare instances of down-time he could find in a hectic schedule dominated by touring commitments, a surge in demand for his soundtrack work and keeping-up with a young family; the record initially began to take shape in 2019. Reconnecting with producer Nathan Coen, early sessions took place between his base in London and Johnny’s home in Dorset, before the pair set-up shop in the legendary Abbey Road Studios to mould a new record into shape.

Having worked with Coen on his debut, their productive working partnership saw them hurtling towards a record that looked to be done-and-dusted by the beginning of 2020. And yet, hampered (as so many plans were) by the UK lockdown, Johnny used his time in isolation to complete its remaining songs solo at home. Finding the restrictions easing in early summer and a new record tantalisingly close to completion, Johnny reached-out for a little help from some friends to add those finishing touches. Kapil Trivedi of Mystery Jets, Pete Denton of The Kooks and Tom Odell’s backing band can all be heard to be pitching-in their musical talents to the proceedings; whereas a stunning vocal accompaniment from rising San Diego star Shelbi Bennet sees the singer lift ‘Cheap Medication’s title-track into the stratosphere.
The songs of ‘Cheap Medication’ reflect a very different Johnny Lloyd; a maturing artist broadening his horizons with a range of new experiences, perspectives and influences. Recently inspired by the works of Harry Nilsson, The Mamas & The Papas and The War on Drugs, traces of each and more can be detected throughout ‘Cheap Medication’. From the off-kilter, far-out songwriting of “In This World” or “Cheap Medication”, the laid-back soulful folkiness of “Suze” and “Haze”, to the expansive dreaminess of “Heavens Below” and “Heaven Up Here”; it’s a record that palpably feels like Lloyd challenging himself to take his music to platitudes new and hitting his creative stride. A record representative of Johnny’s own current relationship with music, the album’s title couldn’t be more apt. As Johnny says:

“That’s exactly what music is for me. Well “free medication”, I suppose it should have been called. It’s a cheap, medicinal thing I use to get me through whatever passage of the day that I need it to.”

Euphoric and universal, uplifting and even at times spiritual, ‘Cheap Medication’ is a record that finds an artist comfortable in his own skin and daring to take chances; the therapy of a life in songwriting yielding its most confident results yet.

“I don’t think I’ve been happier with a collection of songs for a long time. I feel really good about this and think there really is something on there for everyone.”