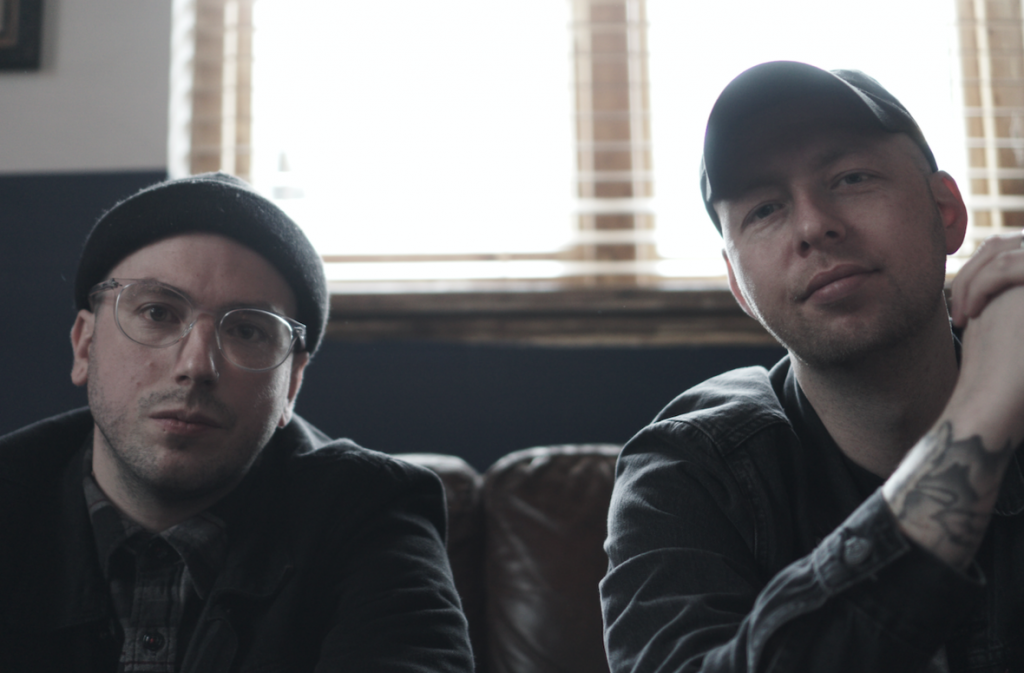 Homecamp is the side project of UK musician Adam Binder, frontman of indie/emo band Dearist (Spartan Records), and his friend, bassist Will Jones. The duo’s debut mini-album “Did We Return As Something Else” was mastered by Bob Cooper (Cult Dreams, Citizen, Self Defense Family) and will be released on November 13th via Wiretap Records.

A music video for the track is debuting here: https://youtu.be/o3kqVw9mJVE

Of the new single, Adam says, “This was the last song written and recorded for the mini-album. I was listening back to what I already had for the release and I felt like it needed another song that leaned towards the rockier side of our sound. Something with drums. The songs on the mini-album stretch from floaty ambient arrangements to more mainstream indie rock jams and ‘Thoughts Of You’ definitely sits in the latter camp. As with most of the songs, this one started on the piano. I am by no means a pianist but I use the trial and error method of hitting random chord shapes in random rhythms until something sparks a feeling, and then I’m away.”

He adds, “As for the lyrics, they are a subject that I’ve never touched on before. The lyrics are a kind of message from future generations to the people of today, pleading with us to look after the planet better. I’ll be completely honest, this is not a subject I’ve really given much thought to until recently. A lot of my friends are vegetarian or vegan, in an effort to cut down on the amount of emissions they are responsible for. It’s a really easy way we can make a difference. My partner is vegetarian, so 90% of the time I live the same lifestyle, out of convenience anyway. But I’m starting to look at what I can do to leave this place in better shape. I think like most people I’ve been living in the dark and didn’t fully understand the weight of the problem, but all we need to do is educate each other. So that’s what I’m trying to do, in the way I know how. I’m trying really hard not to be preachy because it’s not something I really don’t like, but if I can spark a new thought with just one person, that’ll be a job done.”

Homecamp is the brainchild of Adam Binder, the UK singer/songwriter and frontman of indie/emo band Dearest. While spending his musical career in bands routed in the emo sub genres, Binder has always had a secret love affair with music from a more ambient approach.

Homecamp is the exploration of ambiance and atmosphere without the loss of emotion or a sing-along melody; The idea of creating a landscape for each song to inhabit. Hailing from the midlands city of Wolverhampton, Adam writes, records, and produces everything you hear in his home studio, enlisting friends along the way to assist in the writing and performance. The studio providing an escape from the surrounding industrial towns in silence and solitude.

Talking about the project’s inception, Adam says, “It felt cheesy to release music under my own name and feel like under a ‘band name’, there is room for friends on recordings and live–People to come and go as they feel. I came up with the name after finding a book, of the same name, about the outdoors, on a trip to Belgium. I thought it summed up the sound really well”.

Homecamp’s newest full-time member Will Jones was recently enlisted to pick up the bass duties. Working together Adam and Will have now put together the final touches to the band’s first body of work, mini album, ‘Did We Return As Something Else,’ due for release November 13th through Wiretap Records. Will is a multi-instrumentalist that is able to transfer easily between indie pop and hardcore punk projects. The final piece of the puzzle, UK recording guru Bob Cooper (Cult Dreams, Citizen, Self Defense Family) was enlisted to master the new record giving the songs new beef and clarity. “Did We Return As Something Else” delivers an eclectic mix of somber and elevation, jumping from stripped-back piano performances to standing on the edge of indie rock.