Now For Something Different – Tenille Townes 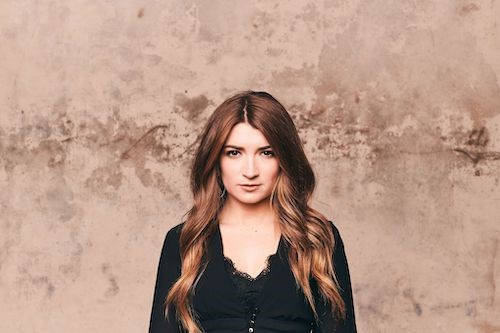 Following the release of her critically acclaimed major label debut ‘The Lemonade Stand’ (Columbia Nashville), Tenille Townes has shared her latest single ‘Holding Out For The One’, an upbeat slice of defiant country-pop showing another side to the artist, who has built her reputation on introspective, acoustic-led songs such as ‘Jersey On The Wall (I’m Just Asking)’ and ‘Where You Are’, while maintaining a theme that’s consistent throughout the album; “that it’s ok to be a little bit different.”

Displaying “the talent and energy that turns country singers into country stars,” (Paste) the singer-songwriter, named New Female Artist of the Year in the 55th annual ACM Awards – revealed on a surprise Zoom call last month from superstar Keith Urban – has been praised by Rolling Stone for delivering an album that is “ultimately hopeful, empathetic, and supremely welcome at a moment when it’s easy to start feeling like everything looks pretty bleak,” while American Songwriter described her as “a confident and credible artist clearly capable of courting widespread crossover appeal… one of country’s most promising up and comers.”

Townes, who has played across the UK & Europe on multiple tours, including her first ever sold-out headline show in London last year, said: “I’m so excited ‘Holding Out For The One’ is the next UK single! I hope this song makes people feel like they can stand on top of the world and be proud of where they stand. I had so much fun writing this song, and hearing the music around it come to life in the studio. I sure love playing this one live and can’t wait to come back to the UK as soon as I can to play it over there!”

2020 has been a breakout year for Tenille Townes, who in addition to her album release, ACM win and Juno Award nominations, is the most nominated artist at this year’s Canadian Country Music Awards (CCMAs) with six nominations. Additionally, she is named as a MusicRow 2020 Next Big Thing Artist, an iHeartCountry’s “On The Verge” artist and has been included in Amazon Music’s “2019 Artists To Watch,” CMT’s “Next Women of Country,” iHeart Radio’s “Artists To Watch in 2019,” “The Bobby Bones Show’s” “Class of 2019,” CMT’s “Listen Up” and the inaugural class of “Opry NextStage.” Additionally, she is featured in the Country Music Hall of Fame & Museum’s new American Currents: State of the Music exhibit.