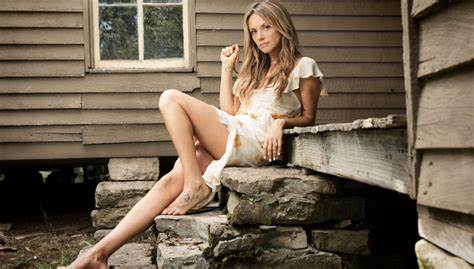 CARLY PEARCE embodies the truth of modern ladies in today’s upside-down world. Having mined two No. 1s from love’s twisted aftermath with the PLATINUM-certified “Every Little Thing” and “I Hope You’re Happy Now” duet with Lee Brice, the four-time CMA Awards nominee returns with the looking-out-for-your-sister “Next Girl,” out now.

With the most nods for any new artist nominee this year she leads with New Artist of the Year, Song of the Year, Musical Event of the Year and Video of the Year ahead of the November 11 broadcast on the ABC Television Network at 8/7c.

Having spent the quarantine thinking about where she wanted her music to go, a daunting proposition given the passing of her champion busbee, Carly found her thoughts returning to the music that captured her heart as a teenager moving to Dollywood to chase her Country music dream – Dolly! Loretta! The Chicks! Trisha! Pam Tillis! Patty Loveless!

“Country music always had these straight-talking women, who were so strong and so sassy,” says Carly. “They were flirty, funny, feisty – and they weren’t afraid of banjos, fiddles, mandolins, steel guitar. Put all those things together, and it’s everything that pulled me to Country music as a little girl.”

The more she thought about that, the more she knew what she had to do. Crafting a hybrid Country that pulled hard from the roots and polished up the modern sheen of today’s scene, Carly reached out to Shane McAnally and Josh Osborne, ace producer/songwriters who share her passion for the kind of Country that made Music City’s most notable ladies shine.

“We got together and just kept throwing out songs we loved, singing pieces of them,” laughed Carly. “They both got everything I wanted to do like ‘That Kind of Girl,’ ‘Blame It On Your Heart,’ ‘Better Things To Do,’ ‘There’s Your Trouble,’ ‘Spilled Perfume’ kind of stuff. The song just started tumbling together from there – and ‘Next Girl’ happened. It felt just like where Patty Loveless might be today, and we couldn’t wait to record it!”

With the banjo up front, a rushing backbeat, the cautionary tale for the one in the smooth-talking guy’s cross hairs is delivered from a fool-me-once wisdom. She confides:

I bet you probably met him at a bar, let him walk you to your car
I bet he said he never falls this hard, yeah, I remember that part
He knows how to say all the right things, knows how to get you out of that dress
Knows how to make you think you’re the best thing
But I know what happens, next… girl.

“We live in a world where there are so many smooth-talking guys who’re so quick to sweep you off your feet – and they always have a story about the girl before,” Carly marvels. “So when we were asking ourselves, ‘What would Patty Loveless do?’ We figured not only would she warn the girl, she’d turn over all the cards: how he works, how he talks about the old girlfriend, what he’ll do once he’s got her.”

“Josh and Shane know how guys like that work, so we had so much fun carving this song out. Then when it came time to get in the studio for my first real music on my own without busbee, I was a little nervous, but it was also so exciting because as the tracks started going down, I realized: THIS is who I am at my core. This is the music that flows through my blood, that comes out of my pores. It’s everything I love and loved all in one song, and when it’s rushing by, it just feels good.”