Dance With The Devil – Jack Henderson 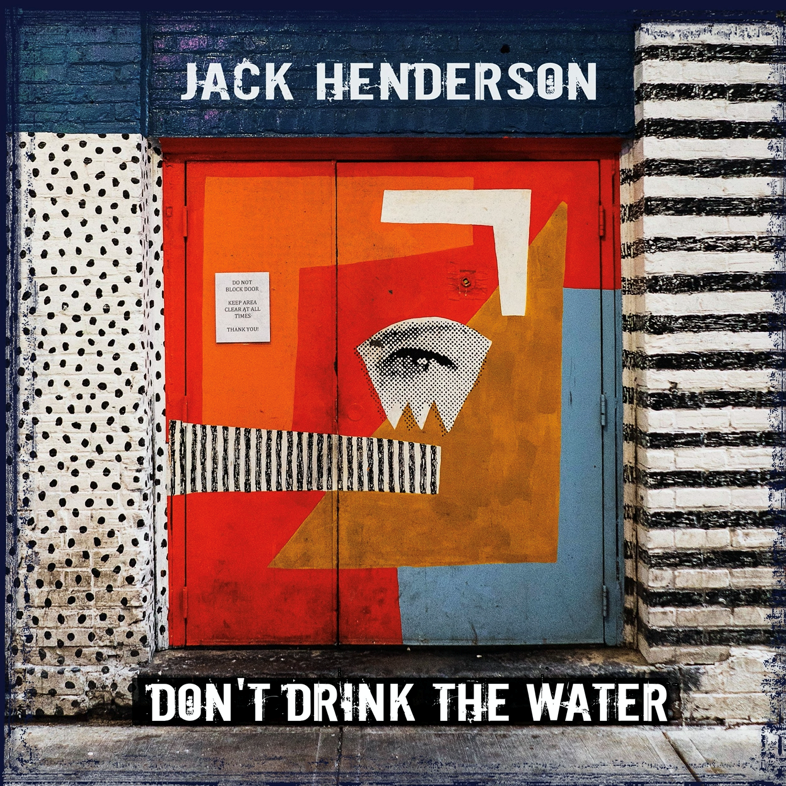 They say the devil is in the detail, and Henderson’s latest offering presents a satanic-inspired majesty that dares to dance with the darkside.

Inspired by the original outlaw bluesman Robert Johnson (who allegedly made a pact with beelzebub himself in a bid for his prodigious musical abilities), “Don’t Drink The Water” is a case study of Faustian pacts and a cautionary tale of those willing to do anything in the pursuit of success.

As Henderson states: “Almost a hundred years ago Robert Johnson famously sold his soul to the Devil in exchange for the gift of becoming a great blues player. Historically, transactions with the Devil, particularly those of a more venal nature, are actually more prevalent than is commonly thought. Indeed, a number of lesser advertised Faustian pacts have even been made within living memory. Perhaps most notably, one reportedly took place on the corner of 5th Avenue and 57th Street in New York City around 2016 and a few are also alleged to have taken place more recently somewhere in the Chiltern Hills near the Chequers estate in England. The deals themselves are shrouded in secrecy, but leaked documents have recently come to light that reveal the stipulations and conditions imposed on those who willingly bargained away their own souls.”

“Don’t Drink The Water” immediately follows previous tracks, “Nobody Gets Hurt” and lead single “Hey Batman”, as foretastes of Where’s The Revolution (out 2nd October 2020 on Fretsore Records). Self-recorded outside Henderson’s hometown of Glasgow, the ten track release sees the UK singer-songwriter, producer and multi-instrumentalist on inspired creative form to deliver a solo album in its truest sense. Of making the record, Henderson says:

“If necessity is the mother of invention then Where’s The Revolution is largely the result of that confluence of necessity and invention. Sometimes limitations can be liberating and for this album I wanted to explore what would happen if I recorded, produced and more or less played everything myself whilst embracing those limitations, both physical and financial, head on. There was no overarching manifesto and I wanted to let the songs dictate their own course and allow the imposed imperfections to constitute the very soul of the record.”

Respected by musos and musicians across the globe, Henderson has performed and recorded extensively across North America, Europe and Australia, including multiple tours with Americana band Over The Rhine and rootsy Canadian outfit Cowboy Junkies. He has shared stages with the likes of Buddy Miller, Sarah McLachlan and Ron Sexsmith, and recently performed on stage with Patti Smith at Kelvingrove Park in Glasgow. During his two-decade long career, he has recorded and performed in New York with Patti Smith’s producer and bass player, Tony Shanahan, and worked with Marc Ribot, (Tom Waits, Elvis Costello), Tony Garnier (Bob Dylan, Paul Simon), Jon Graboff (Ryan Adams, Sheryl Crow), David Mansfield (Bob Dylan, T-Bone Burnett, Bruce Hornsby) and Joan as Policewoman.

Nearly 20 years on from his acclaimed debut Cheap Tattoo (2001), Jack Henderson has lost none of the spirit or guts that set him apart from the songwriting pack. An artist on a creative streak once more and with plenty left to say, he’s now readying the follow-up to his applauded Sharkey’s Parade EP of last year (also released by Fretsore Records). On 2 October 2020, Henderson returns to the label with a full length studio effort of strident prowess and arresting character that demands to be heard: Where’s The Revolution.