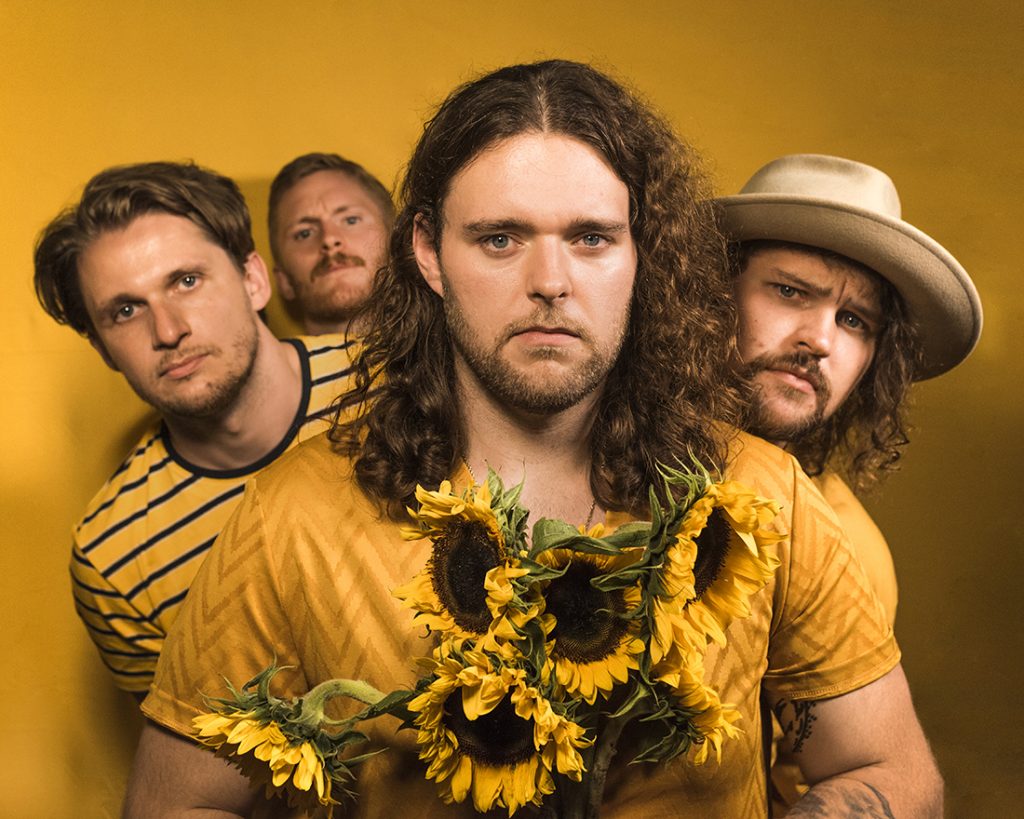 Bath-based alternative rock four-piece Novatines are due to release their latest explosive track ‘Honey’ to SaySomething Records on September 30th.

Formed in the winter of 2017, the band immediately made a name for themselves on the UK circuit with their anthemic, high-octane rock songs,  which saw them tour extensively throughout the UK and Europe on both headline and support tours, playing alongside the likes of Alabama 3, Arcane Roots, Von Hertzen Brothers and Sweet.

Novatines’ sound is a rebirth of classic British rock with influences from 90s American alternative rock and grunge. Influenced by bands like The Beatles and Foo Fighters, the group have been hotly tipped by Louder Than War as one of the ‘hottest new UK guitar bands’.

Produced by both the band and Andy Scott (Sweet), Honey is about “seeing through fads, trends and short lived ‘next big things’ with no real substance. We live in such a throw away culture where we are told what we should like or dislike 24 hours a day, 7 days a week. Honey is about taking yourself off of the conveyor belt and seeing things as they are”, explains lyricist Jamie Beale.

‘Honey’ captures lightning in a bottle and shakes it up for good measure, creating an explosive cocktail of 90s grunge and 70’s rock bleeding into the present day.

Honey is due for release September 30th via SaySomething Records and will be available on all major platforms.