Roll Up Roll Up – MACABRE 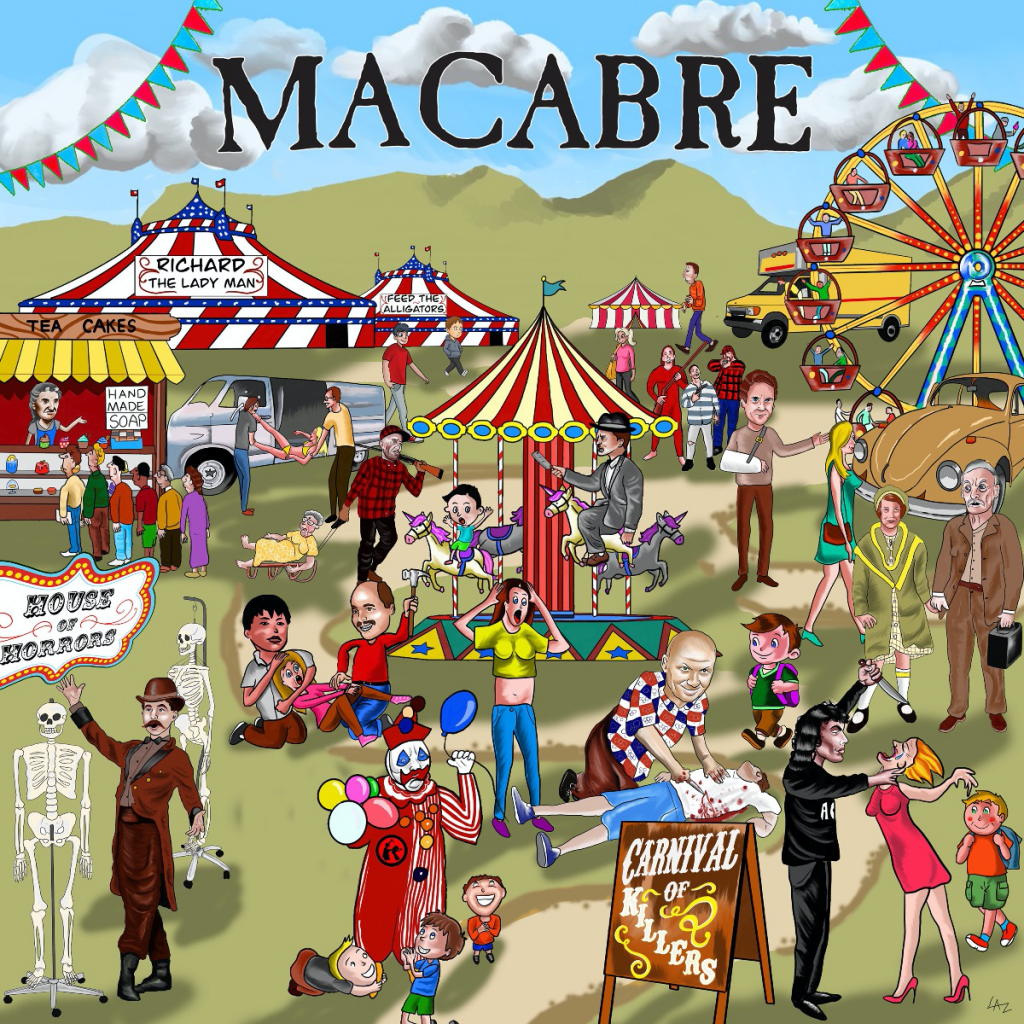 Come one! Come all, to the demented, heinous bloodbath of a murder metal circus that declares MACABRE’s return; Carnival Of Killers.

As the band’s first full-length album in almost 10 years and just in time for their 35th anniversary as a band, Carnival Of Killers will be released on November 13th via Nuclear Blast Records.

The band have released the first single entitled ‘The Lake Of Fire’.

MACABRE‘s Corporate Death comments, “‘The Lake Of Fire’ is about the hidden bunker that Leonard Lake and Charles Ng had where they tortured and killed young women with tools and filmed it all. Those were two very evil men so I thought the title was fitting! I started writing the chorus back in our Grim Scary Tales era and finally finished the song all these years later for the new album Carnival Of Killers. I hope you like it, I wanted a lot of variety on the new album, this is just a taste.”

Pre-order your copy of Carnival Of Killers in the format of your choice here:www.nuclearblast.de/macabre-carnival
Pre-save the album to Spotify, Apple Music and Deezer here:nblast.de/MacabreCarnivalPreSave

Carnival Of Killers was recorded and mixed by Tomek Spirala of Studio1134 with the exception of drum tracks as he recorded them at Kiwi Audio with the help of Mark Walker. The mastering of Carnival Of Killers was handled by J.F. Dagenais at JFD Studios in Dallas, TX. The “Where’s Wally” meets serial killer album artwork was created by Corporate Death (lead singer | guitarist Lance Lencioni) and artist Laz Gein and highlights the album’s most memorable references.

Recently, MACABRE released their full catalogue which can be heard here: geni.us/MacabreCatalogue

The band released a music video for ‘The Ted Bundy Song’ off their 1993 albumSinister Slaughter. Directed by Jeffrey Sisson, the video features Travis Ryan of CATTLE DECAPITATION as Ted Bundy.

Corporate Death comments, “We are a band that has been around a very long time. Making the entire MACABRE catalogue available digitally is something new school for us, so to help promote that we decided to do something old school embracing new and make a music video from something deep in our catalogue. Going back to 1993, here is ‘The Ted Bundy Song’ from our Sinister Slaughter album.“