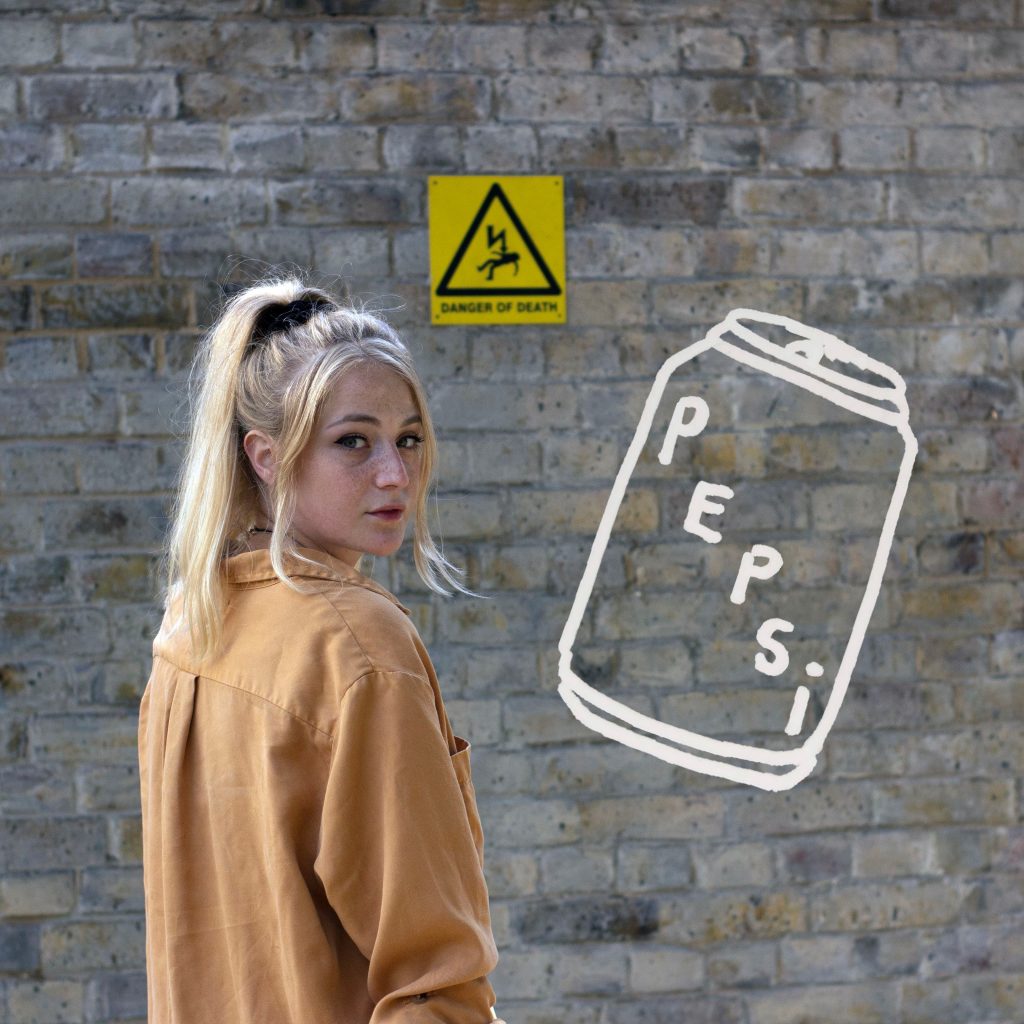 ettie is an up and coming singer-songwriter from London, who drinks a lot of wine has a lot of feelings.

She infuses classic pop-punk melodies with personal, storytelling narratives. Her unique sound coupled with her background in English Literature allows for an immersive sonic experience, using word play and allusion to bring her songs to life.

Her first single ‘fast cars and airplanes’ went on to get radio play on BBC Scotland, and great blog acclaim. Her second single ‘softboi’ showcased the sharp, witty side to her songwriting. ettie has played impressive venues such as Brixton Jamm and The Slaughtered Lamb, and supported incredible artists like Calvin Rodgers. With her third single, ‘hello, I’ve got anxiety’, ettie stripped back her classic alt-pop/pop-punk sound, to write a song that provided people with a soundtrack to their mental health during the trying times of lockdown.

Now, she is back with her smashing next single, ‘pepsi.’ Taking influence from 80s synth pop, ettie is delivering a story we can all relate to, but not necessarily for the best reasons.

The song is about not having a dazzling connection with someone, but deciding to go with it anyway; like when you ask for a Coke in a restaurant and they ask if pepsi is okay? It’s not exactly what you ordered but it’s a start. It was self-written by ettie and recorded with Charles Westropp.