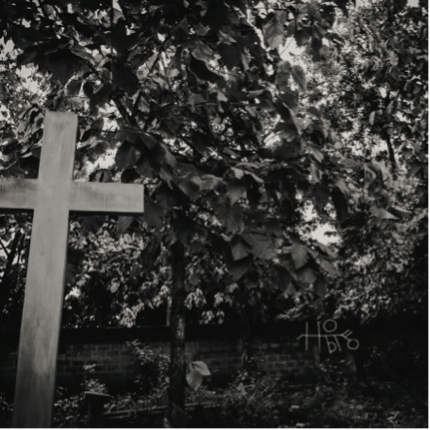 Italian folk-blues six piece Ho.Bo is thrilled to announce the release of the brand new video In Cold Blood, premiered on the band’s YouTube and available here.

The track is taken from Ho.Bo’s brand new record A Man With A Gun Lives Here, which will be released worldwide via Kono Dischi and I Dischi Del Minollo on 2nd October 2020.

In Cold Blood is a dark, slow and atmospheric number, in which the lyrics heavily intrude in the soundscape, shaping it to be the perfect setting for this tragic story. The black and white video, directed by Emanuele Ferraris, compliments the song, adding yet another dimension: a twisted ironic layer that intensifies the character of the track.

Ho.Bo comments: This song is inspired by Truman Capote’s homonymous novel. There isn’t a worse fate than being kidnaped by Gary and Jill, lovers in real life and devious murderers when the sun sets. Brutal tortures are the setting of this sad story, which is the second murder ballad of the album. “You live until you die, and it doesn’t matter how you go; dead’s dead.”


In Cold Blood fully displays Ho.Bo’s sonic dimension, which is carried out through the entire forthcoming record A Man With A Gun Lives Here, which is a collection of nine songs featuring the band’s peculiar sound: a blend of folk-blues, infused with the darkest tinges of rock and alternative.

Ho.Bo formed in 2017 as a creative project by musicians who wanted to pursue their own sound. The band’s unique take on folk and blues clearly transpires from their debut studio album 2/10, released in February 2019 via NostudioRec, Kono Dischiand La Mansarda. The band created an unusual blend of deep blues and alternative folk, with Southern nuances and occasional bows to singer-songwriters style. The album was created and developed with an old school approach, recording all the tracks in analogue with original tape.

The band comments: Ho.Bo, comes from Homeward Bound, it’s a journey in which musical adventures and outside contaminations play the prime part. Genres and experiences are collected during endless cultural voyages and elaborated with personal sensitivities. “Dark-folk”, “swamp blues”, “alt-country” o “Americana” are only but a few of the ingredients constituting this uncommon recipe.