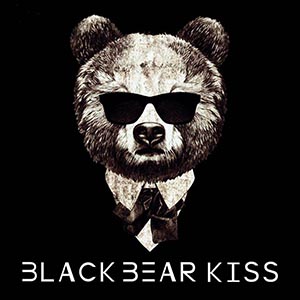 ‘Reach Up Higher’ is the brand new single from Midlands based band Black Bear Kiss.

Fresh out of the studio with their trademark upbeat, thumping, melodic style, the track seeks to shine a spotlight on the dominance of mainstream media and its influence on people.

“The song addresses some of the big issues, both home and abroad”, says lead singer Chris Leech. “The press and public figures in positions of power need to understand the influence they have – their opinions should not be treated as gospel. ‘Reach Up Higher’ is about trying to do better and not believing everything you read, especially on social media”.

The single marks a change for the band, using a new studio and producer – Gavin Monaghan at Magic Garden Studios has worked with artists such as Robert Plant, Editors, The Twang and The Sherlocks.  Arguably their best material to date, ‘Reach Up Higher’ keeps the distinctive Black Bear Kiss sound but pushes the band into a new chapter. ‘Reach Up Higher’ is available on all streaming services, along with the band’s previous singles and EP Fighting Our Corner.

Black Bear Kiss are a high energy 5-piece indie rock band based in the West Midlands. Their sound creatively infuses a number of musical styles spanning genres from grunge to funk.

Formed in late 2016, Black Bear Kiss have consistently evolved and their unique sound of groove driven guitar riffs and anthemic style chorus’s, which has helped catapult Black Bear Kiss onto the playlists of listeners around the world.

Priding themselves on high energy live performances, Black Bear Kiss draw from a wealth of influences such as Red Hot Chili Peppers, Kasabian, Oasis, The Black Keys, Foo Fighters, Led Zeppelin and The Rolling Stones to name but a few.