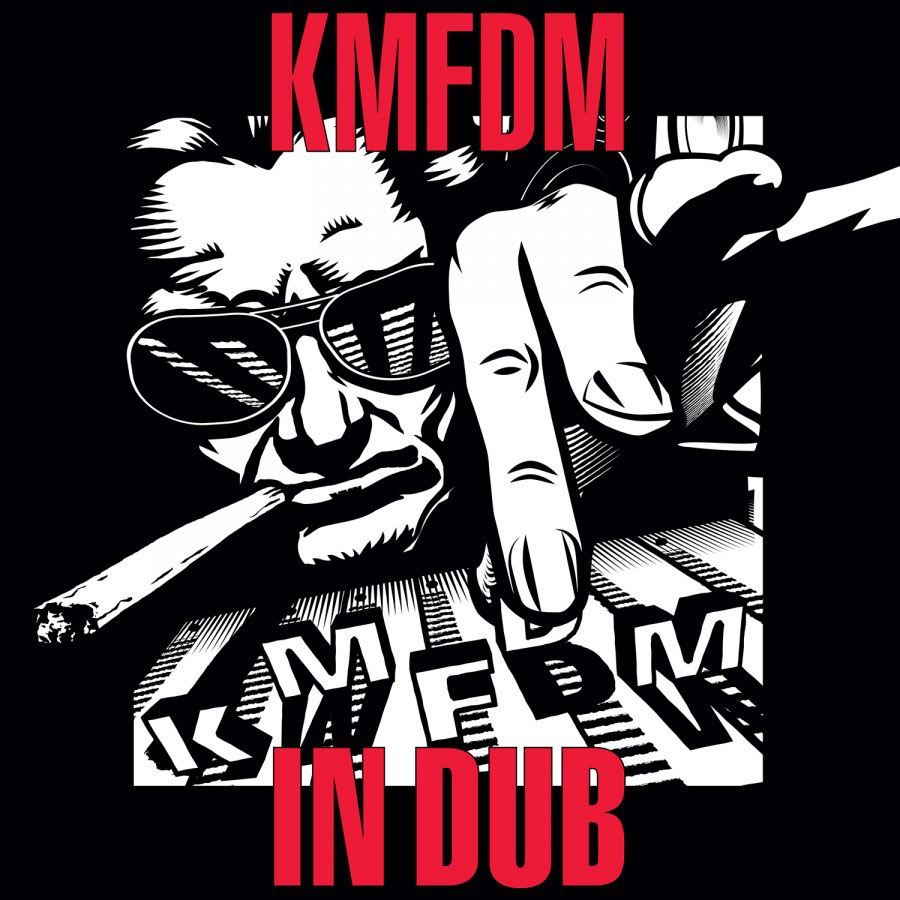 Ever since forming in 1984, KMFDM have been widely regarded as one of the driving forces in what is termed ‘industrial rock’.

However, in reality the band has always been much more, incorporating elements of so many musical styles that this has resulted in what they themselves refer to as the Ultra Heavy Beat.

Their last album, 2019’s ‘PARADISE’, was a bold statement on the precarious state of the world, with the heaviest infusion of funk and dub sounds the band has exhibited since landmark albums such as ‘UAIOE’ (1988) and ‘NAÏVE’ (1990).

Now, in 2020, KMFDM takes this to the next level with ‘IN DUB’, which reinterprets songs spanning their entire career into a blistering display of chilled-out grooves and spaced out atmospheres. With a long history of addressing political issues and encouraging social revolution, it is fitting that band founder Sascha ‘Käpt’n K’ Konietzko should reach back to some of KMFDM’s earliest roots in dub music and present a fresh take on what it truly means to ‘Rip the System!’

“Everything old is new again,” sings Lucia Cifarelli on ‘Real Dub Thing’, and in doing so perfectly defines the power of ‘IN DUB’. Mosh pit anthems are reimagined into a bevy of meditative grooves laden with strident horns, shrill organs and slithering bass lines, such as on ‘A Dub Against War’, ‘Hau Dub’ and the album opening ‘Dub Light’. Andrew ‘Ocelot’ Lindsley’s incendiary rapping on ‘K•M•F Dub’ and Cifarelli’s vicious and vivacious vocals shine brightly on tracks like ‘Superhero Dub’, ‘Amnesia Dub’ and the in-your-face electrified sonic assault of ‘Rebelz Dub’.

Throughout the album, Andee Blacksugar’s accompanying guitar textures and angular solos add that extra dash of audio intrigue, making for one of the most unique outings in the lengthy KMFDM discography.

As the world is held by the ever-tightening dual grip of pandemic and sociopolitical upheaval, ‘IN DUB’ proves that KMFDM remains as powerful a voice for revolution as ever. Angry yet hopeful, tranquil yet energetic, ‘IN DUB’ is no mere remix album – this is KMFDM looking back to its original inspirations to make a pure and honest statement that the world no longer need be a paradise for assholes.

“Dub and reggae music has been one of the greatest and most constant musical influences to me. I have been nurturing the idea of making this album for so many years…and here we go!” – Käpt’n K