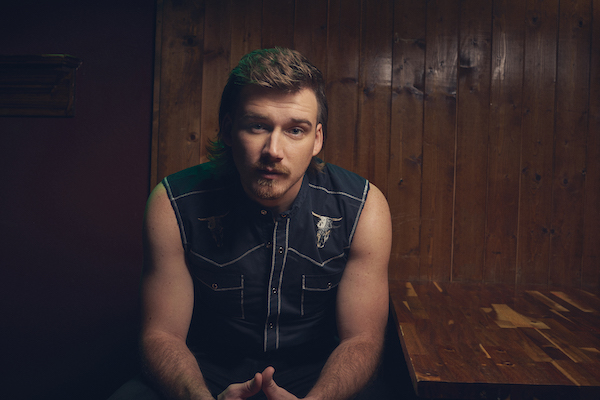 Bringing a dose of heat on the heels of a blazing release streak – fan favorite “This Bar,” followed by current Top 25 single “More Than My Hometown” – Big Loud Records’ Morgan Wallen is back again with the Country soundtrack of the season, “7 Summers” – listen here .

Written by Wallen with Nashville songwriting titans Shane McAnally and Josh Osborne and produced by Joey Moi, “7 Summers” is a breezy, sun-kissed reminiscer, loaded with twilight sonics, captivating listeners with its irresistible sway. Instantly a viral hit on TikTok, Wallen announced the release last week on the social media platform with a note directly to fans – watch here – and created an all-new t-shirt to celebrate.

“‘7 Summers’ is a song that originally I didn’t even know if it was going to make my album or if I was ever going to put it out,” shares Wallen. “But when quarantine first started, I was challenged to do a demo on Instagram so I put out the first verse and chorus of ‘7 Summers.’ I heard a lot of good feedback from it on Instagram, and then it started making the rounds on TikTok – I saw how much the song was getting played and how much people were enjoying it, even just the first verse and chorus. Social media played a huge part in me releasing this song, especially this early. It’s a cool thing – me being on the fence about it, then being able to put it out and get people’s feedback. Seeing the response played the biggest part in this release. I think that speaks to just how much fans mean to me and fans mean to music. I’m glad I’m getting to put it out and glad people are loving it, I can’t wait for y’all to hear the full version.”

Further cementing his place as a “certified new Country sensation” (Forbes), Wallen’s PLATINUM debut album IF I KNOW ME moves mountains this week as it rises to #1 on the Billboard Top Country Albums chart 114 weeks after release, proving the collection’s staying power as “an album full of singles” (CMT).

“This week, the same week I’m releasing ‘7 Summers,’ I also found out that my album IF I KNOW ME made it to #1 on the Billboard charts. First time it’s made it there, and it surprised me really, I didn’t expect it,” Wallen explains. “I think this speaks to the depth of the project – when me and my producer and the songwriters were making this album, I wanted to make sure it was good from top to bottom, and this feat that we just accomplished is really showing us that that’s what we did. I’m super thankful for the fans, for people who just discovered me which I think has played a huge part in this too. I’m glad to have new people on board buying and streaming my music. It’s been an awesome journey, and I can’t wait to put my next one out. Hopefully they’ll like this new one just as much!”

On deck, the ACM New Male Artist of the Year nominee remains in the studio with go-to collaborator and producer Joey Moi refining and finalizing his long awaited second album – the same team that crafted his debut and his trademark “unapologetically fresh and modern sound” (The Tennessean).

Morgan Wallen has staked his claim as Country music’s next superstar with 2.5 Billion+ career streams, Multi-Platinum certifications, and three consecutive chart-toppers. “Unapologetically fresh and modern” (The Tennessean) with “an authenticity that fans can feel,” (People), the dynamic Tennessee native has been riding a red-hot streak since 2017, collecting accolades which include: Billboard’s #1 song of 2019 on both the Hot Country Songs and Country Airplay charts (multi-week #1 “Whiskey Glasses”), his first-ever nominations at both the CMA Awards (2019 New Artist of the Year) and ACM Awards (2020 New Male Artist of the Year), a nod for 2019 CMT Breakthrough Video of the Year (“Whiskey Glasses”), spotlight placements on People 2019 Ones to Watch and MusicRow’s 2019 Next Big Thing lists, and high-profile features by The Associated Press, The Washington Post, Genius, and more. Wallen jump-started the new decade with the surprise release of his reflective coming-of-age anthem, “This Bar,” in tandem with crossover Diplo collaboration “Heartless,” and new single, “More Than My Hometown.”

Keep up with Morgan Wallen: