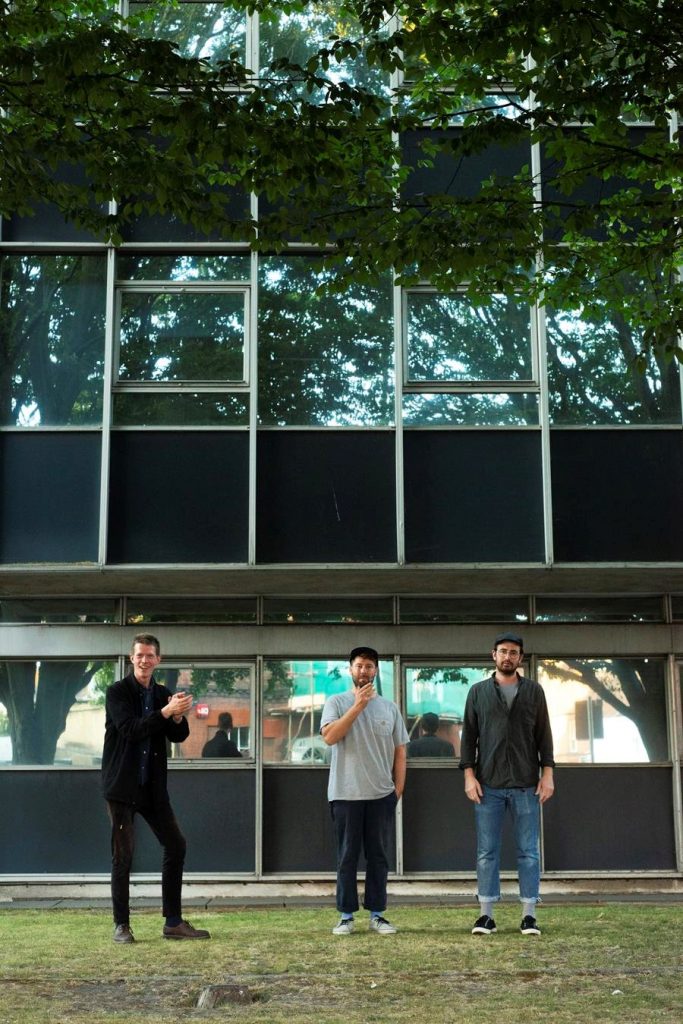 TRAAMS have always wrestled with category and that isn’t something that has changed during an absence where their influence on others has grown audibly.

Part motorik drum beats, part discordant guitars, pop melodies and hypnotic bass lines. All are present in a collection of three new tracks set to be released over the coming months. Collaborating with friends and new instrumentation, each track is different from the last, but all sound like the inimitable TRAAMS.

Written and recorded over a brief hiatus following the standalone track ‘A House on Fire’ in 2016, first track ‘The Greyhound’, released on long-term label Fat Cat, is a near ten minute kaleidoscopic odyssey of sounds, and sees the band expanding further than ever.

After inspiring a wave of new artists, TRAAMS return is perfectly timed with the band returning as vital and vibrant as ever.