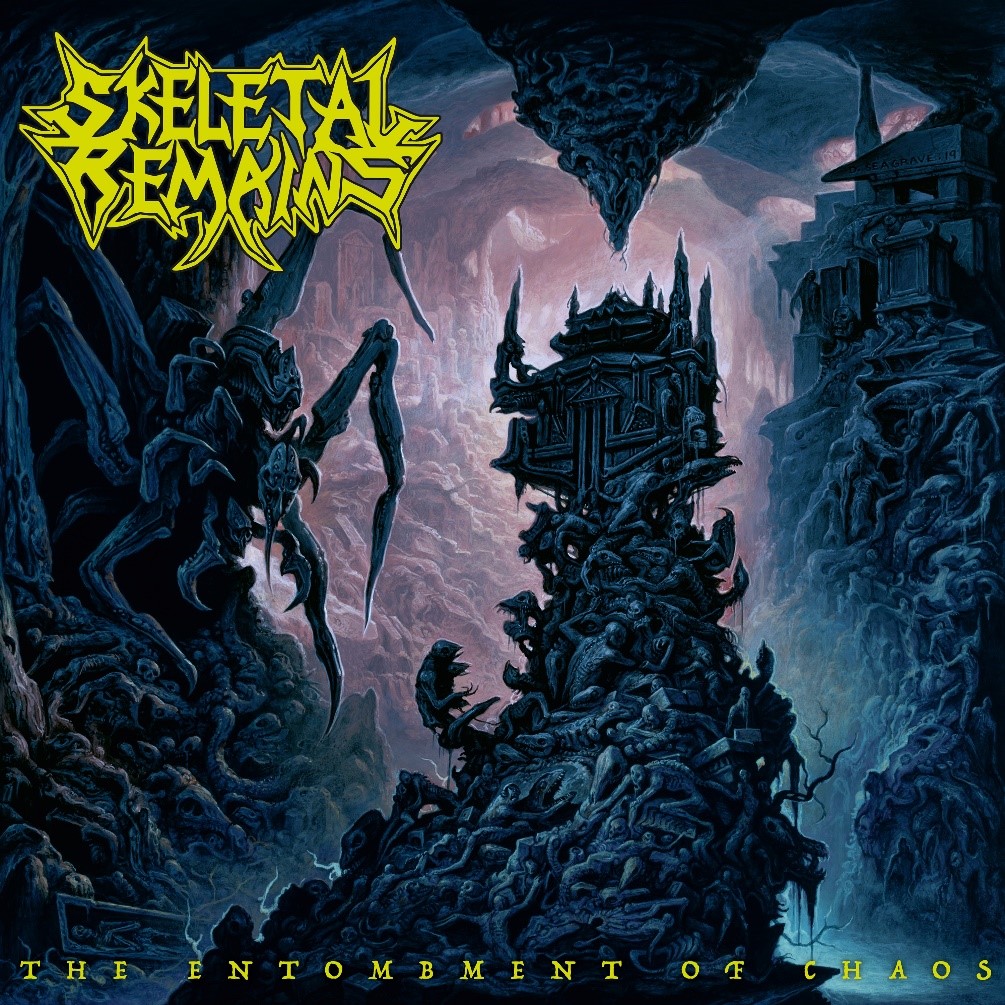 The song appears on the band’s fourth studio album “The Entombment Of Chaos”, out September 11 via Century Media.

“We gave this song to our director, Dillon Vaughn, and let him have a little fun with the narrative of the video, putting his own twist on the lyrical theme,” says singer/guitarist Chris Monroy. “It depicts a small cult giving a sacrificial offering to their verminous god in hopes of bringing forth the physical form of whom they praise. Big thanks to Anthony Vasquez, Max Ouweelen, and Harley Barden, who offered their time to help out and a special thanks to the legend Dylan Carlson of Earth for lending his hand to play our Cultist Leader.”

Skeletal Remains formed as Anthropophagy back in 2011, released two acclaimed albums through German label FDA Rekotz and honed their skills on the road, playing an impressive amount of gigs and tours early on in the band’s career. In 2018, the band took the proverbial next step, releasing their third record, Devouring Mortality, on Dark Descent in North America and Century Media internationally.

Having toured with the likes of Obituary, Hatebreed, Municipal Waste, Power Trip, The Black Dahlia Murder, and many more, Skeletal Remains have succeeded in building up a loyal following worldwide and will now excite their supporters once again with a strong sonic statement.