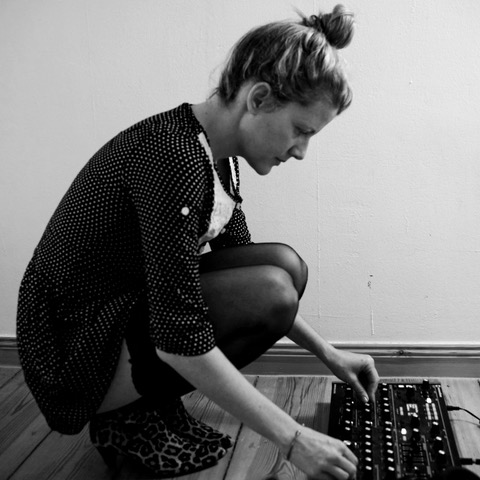 In a year without festivals, ‘Parallel’ is an homage to those moments of complete euphoria and togetherness that only live music at the height of Summer can bring.

As the duo readied a new demo part-inspired by the iconic 90s “Big Beat” sound last year, it would be upon catching a phenomenal open-air gig by The Chemical Brothers in the South of France that would prove the fitting catalyst to finishing it with gusto.

As Teresa remembers: “We were in a studio in Antibes on the French Riviera working on new material, where one night we happened to stumble upon an open air concert in a park in Juan les Pins from The Chemical Brothers. It was super inspiring watching these two gentlemen showing everybody how it’s done. So inspiring, that we went straight back to the studio, right after the gig, and started messing about with the loop that eventually turned into ‘Parallel.’”Refracting the hands-in-the-air exuberance of Big Beat and the class of the French Touch movement through their own unique Scandivanian synth-pop genetics, the duo arrive at a propulsive and immediate electronic single.

A fine salute to The Chems, while bringing to mind the frenetic floor-filling moments of La Roux and Robyn too, ‘Parallel’ is an unexpected and exhilarating shift in gear for The Ghost of Helags that demands your attention. The Ghost of Helags are singer-songwriter and producer duo Teresa Woischiski and John Alexander Ericson. Hailing from Sweden and now located in Berlin, the pairing combine the dream pop sounds of their Scandinavian roots with the electronic nuances inspired by their newfound home and beyond. NewsSingle ‘Parallel’ is the latest in a string of innovative and exploratory singles by the duo and swiftly follows the seductive Lynchian-inspired synth-pop of recent single ‘Chemistry’.

Other highlights of their expanding repertoire include the New Music Friday playlisted debut single ‘I Carry Your Heart’, ‘Autobahn Lullaby’ (a tribute to their Berlin home) and 2019’s hymnal ‘The Santa Rosa Song’. With echoes of those pumping beats in the French Riviera night reverberating through it, ‘Parallel’ by The Ghost of Helags is surely destined to be heard pumping out of PAs in a field near you only too soon.

THE GHOST OF HELAGS – ‘PARALLEL’ – OUT NOWLISTEN ON: SOUNDCLOUD || SPOTIFY || APPLE MUSIC