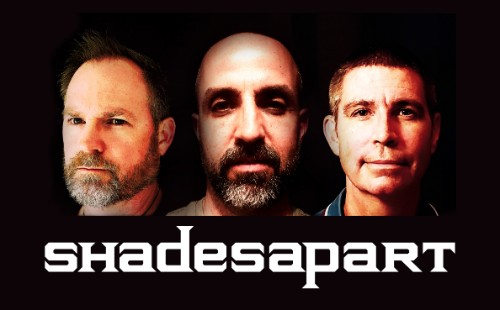 Start the week off with another track from the upcoming Shades Apart album. As previously announced, the band will be releasing Eternal Echo, their first album in nineteen years, on August 28th via Hellminded Records.

Eternal Echo was mixed and mastered by Jason Livermore at the legendary Blasting Room (Rise Against, Descendents, NOFX). “95” is a celebration of the underground community that fostered Shades Apart neatly packaged as a super catchy melodic-punk anthem. “95” is currently streaming at NoEcho.net and vinyl pre-orders are available at Hellminded Records.

Growing up soaked in the punk scene’s marinade of overdriven guitar amps, machine gun drums, and vocals on the verge, there was never a doubt the 3 members of Shades Apart would someday make some noise of their own. “But I don’t think any one of us ever imagined we’d be making an album 35 years later,” says drummer Ed Brown. The new album, Eternal Echo, crackles with the same crisp urgency as the best work of their career. Scorching chords, melodies you can’t stop singing, and a bass and drums team that pulls no punches. Classic signature Shades…

So, what is that “signature” exactly? Mark Vecchiarelli tells us, “I grew up with classic rock and metal of the day, but I distinctly remember the first time Ed played me Agent Orange, Social D, and Anti Nowhere League. I was immediately ready to tap into that energy and vibe as a guitar player and singer.” And so they did, first on Orange County California’s Wishingwell label. Being from suburban New Jersey, a west coast label was not the obvious choice. But SA percolated many regional dialects of punk music into their brew, combining elements of LA surf punk, DC emo, and UK new wave. Descendents meets Dag Nasty meets Elvis Costello. Mark V explains, “Our songwriting process didn’t follow a rigid formula. Sometimes melodies were written first, sometimes lyrics, sometimes starting from a single drum beat. The chemistry was totally experimental weird science.” (Editor’s note – maybe they watched too many John Hughes flicks growing up?)

The experiment led to kilometers of touring and some label hopping over the years. In ‘95 the band teamed up with the legendary production team of Bill Stevenson and Stephen Egerton to record a pair of high octane records for Huntington Beach’s Revelation Records – another west coast home for an east coast band and a bona fide juggernaut in the hardcore punk community. Shades harnessed the added horsepower to rev onto airwaves from coast to coast. A major label bet on the trio and their unconventional brand of pop-punk to release Eyewitness in 1999. They teamed up with producer Lou Giordano (Samiam, Sugar, Goo Goo Dolls), marking a creative turning point. Less interested in breaking the speed of sound, the band opted for powerful rhythms and lyrical imagery to level-up their sound. Radio success brought the band national recognition as Valentine spent 8 weeks on the Billboard Mainstream Rock chart.  International exposure came with their second single Stranger By the Day, and its appearance on the American Pie movie soundtrack. Another major label release and lots of road work followed. The guys had enough of greasy truck stops, early airports, and dank motels.

“A few years ago we fell back into writing together. We were inspired to write a song honoring a lifelong friend who suddenly passed away,” says Mark about a song called Streets. That track doesn’t appear on this album, but Kevin Lynch (bass and backing vocals) tells it, ”Getting together for our friend’s passing and playing his tribute show was a reminder of how fragile life can be, and with the shitty things happening all around, playing music gives us a voice again.”

Eternal Echo hurtles beyond 2020, resisting time and gravity. These songs signal a return to the best elements of the band’s unique style- the sonic sweet spot between their Seeing Things and Eyewitness releases, supercharged with blistering rhythms and infectious hooks. The opener poses the question, “So what now? Did you keep your vow, will you prove it now?” It’s a callback to battle cries and slogans of punk’s heyday, which far too often became self-serving platitudes borrowed out of convenience.The album doesn’t let up from there, as three experienced and age-defying pop-punkers unflinchingly examine the modern world, attempting to make sense of what happened in the last 20 years.

“A lot has changed but a lot hasn’t,” says Mark V. The sound and emotions from decades ago are still ringing out today, louder than ever. Eternal Echo… 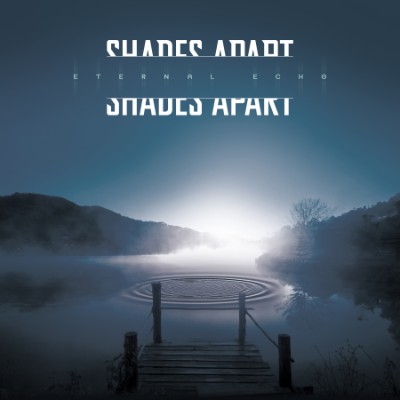