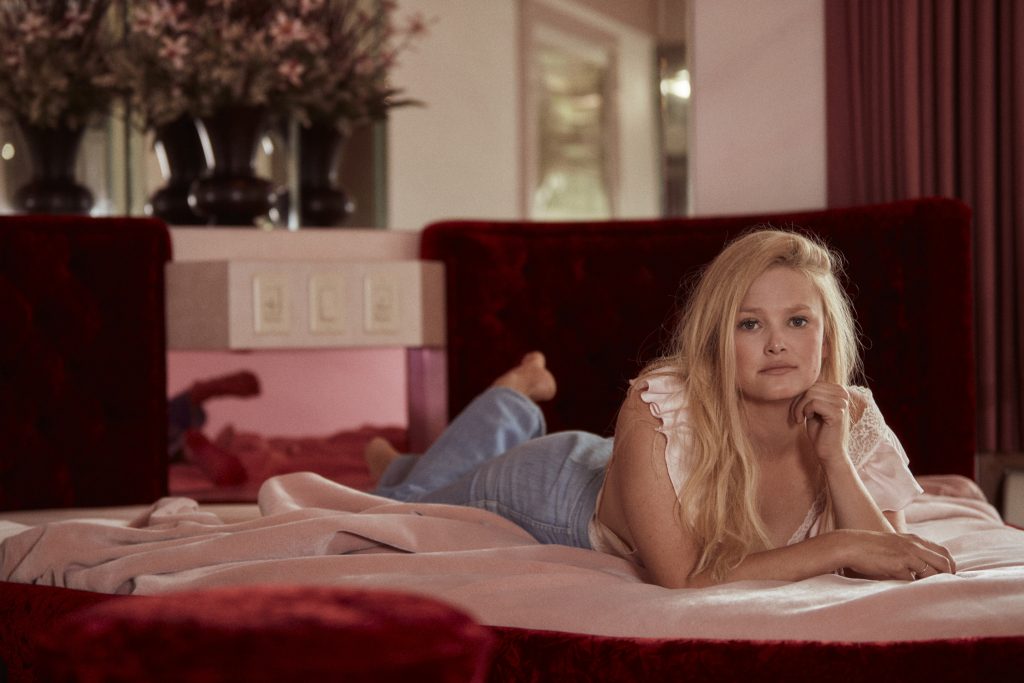 On Friday (Aug 7th), Iowa-born, Nashville-based artist and singer-songwriter Hailey Whitters announced a new Live In Studio Session series with a stunning piano rendition of “Dream, Girl,” from her critically-acclaimed album, THE DREAM, out now via Pigasus Records / Big Loud Records / Songs & Daughters. Whitters will release new Live In Studio Session performances each week for the next five weeks.

“I miss the road and my band immensely,” explains Whitters. “The Live In Studio Sessions were a way for us to all regroup and play music together (safely social distancing, of course). With COVID-19 disrupting touring, we also saw this as an opportunity to deliver these songs in a live setting to fans. I hope it helps curb the ache of live music during this strange time.”

“Reimagining ‘Dream, Girl’ felt very effortless and natural,” Whitters continues. “We chose to make it piano-driven while still maintaining some of the ‘80s guitar elements. It took it to a whole new dimension and depth. The lyrics are able to settle in even more so than before and feel more vulnerable, yet still empowering.”

Last week, Whitters was awarded the AIMP Nashville Rising Artist-Writer of the Year as part of the 5th annual Association of Independent Music Publishers (AIMP) Nashville Awards. The nod follows a string of accolades for Whitters’ THE DREAM, which was named one of “The Best Albums of 2020 (So Far)” by American Songwriter and Paste Magazine. SPIN also marked “All The Cool Girls” on their list of “The 50 Best Songs of 2020 (So Far).”

In July, Whitters released the official video for “Janice at the Hotel Bar,” which was covered by People, Rolling Stone, and many more. The song, which was co-written with Lori McKenna, was highlighted by Paste Magazine as one of “The 25 Best Songs of 2020 (So Far).”

ABOUT SONGS & DAUGHTERS: As Nashville’s first-of-its-kind label, Songs & Daughters [in partnership with Big Loud Records] is a female-driven music brand under the direction of BMI Songwriter of the Year (2019) Nicolle Galyon, as President & CEO. Touting six #1 career hits as a songwriter, 2X ACM Awards plus GRAMMY and CMA nominations, including a Triple Play Award win, Galyon established Songs & Daughters in July 2019 – with its mission to serve as a home for female creatives that nurtures both the art (the song) and the artist (the daughter).

Launching the career of flagship artist Madison Kozak, and teaming up with critically-acclaimed singer-songwriter Hailey Whitters, the label has expanded this year signing newcomer Tiera to its Publishing arm [in partnership with Big Loud Publishing / Warner Chappell Music].