Willie Gets A Lift – On The Road Again 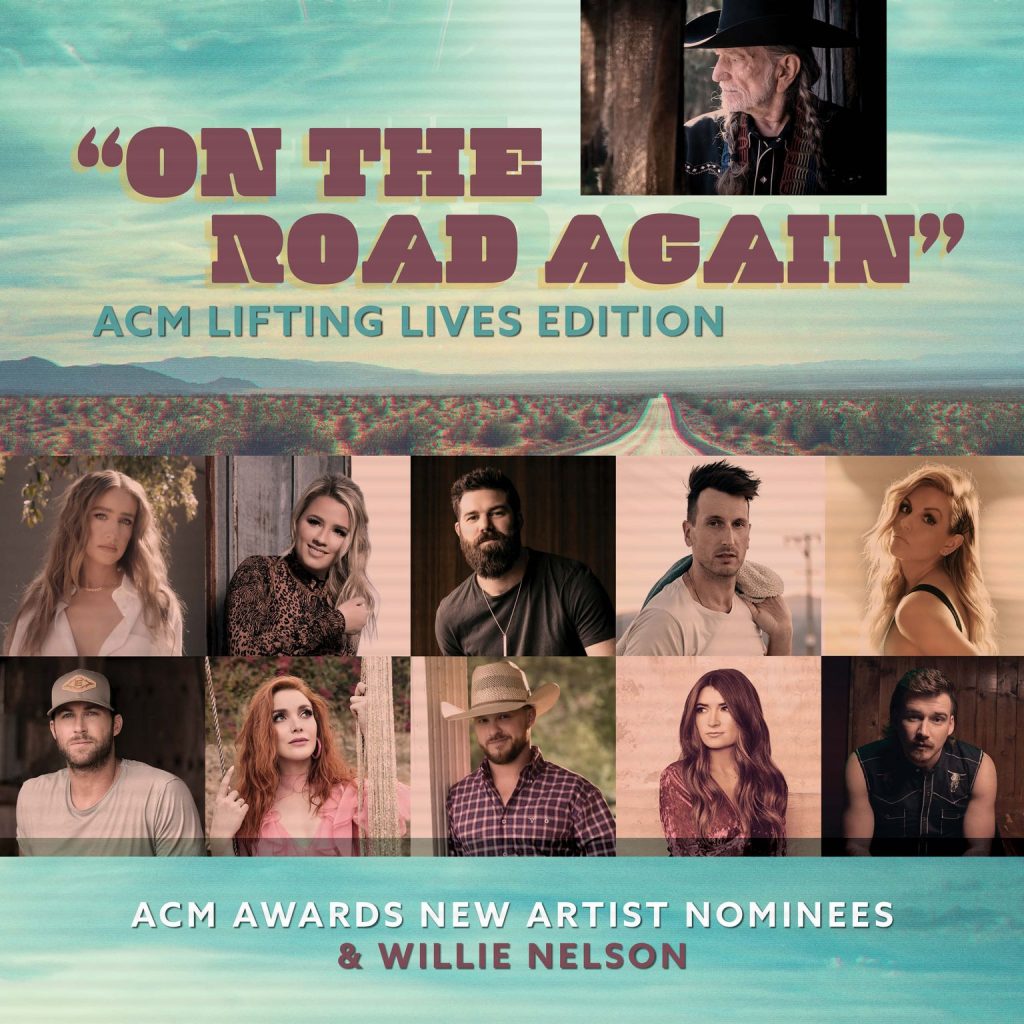 Produced by Ross Copperman and Jimmy Robbins, the single will be available via Warner Music Nashville across all digital platforms and can be heard on Country radio beginning Thursday, August 13.

“The Academy is honored to work with Willie Nelson and all 10 ACM Awards New Artist Nominees to create a new contemporary version of the classic ‘On the Road Again (ACM Lifting Lives Edition)’ that is so poignant for our current times,” said Damon Whiteside, CEO of the Academy of Country Music. “This is a powerful way to showcase so many of our newer and fast-rising artists alongside one of our genre’s most legendary artists and iconic songs of all time. It feels very appropriate that this event will raise much needed funds for our Country Music industry members in financial crisis through our ACM Lifting Lives COVID-19 Response Fund. A huge thank you to the artists, Ross Copperman and Jimmy Robbins as well as our friends at Warner Music Nashville for donating their time to this important project.”

The winners for the 55th ACM Awards New Female and New Male Artist of the Year categories will be announced in the coming weeks. As previously announced, the 55th ACM Awards were postponed due to COVID-19, and will take place in Nashville, TN for the first time in the show’s history, broadcasting from three iconic Country Music venues including the Grand Ole Opry House, Nashville’s historic Ryman Auditorium and The Bluebird Cafe. Hosted by reigning ACM Entertainer of the Year and 15-time ACM Award winner Keith Urban, the 55th Academy of Country Music Awards™ will be broadcast on Wednesday, September 16 (live 8:00-11:00 PM ET/delayed PT) on the CBS Television Network, and will be available to stream on demand on CBS All Access.

About ACM Lifting Lives®:
ACM Lifting Lives® is the philanthropic arm of the Academy of Country Music dedicated to improving lives through the power of music. Through partnerships with artists and strong ties in the music industry, ACM Lifting Lives® funds music health programs while also serving members of the music community who face unexpected hardships through its Diane Holcomb Emergency Relief Fund. With generous donations and the support of artists and fans, ACM Lifting Lives® has funded national music therapy programs serving various mental and physical health organisations. Some of the recipients have included patients at children’s hospitals and other healthcare facilities, recovering veterans, people with Williams syndrome and individuals suffering with mental illness. For more information, please visit www.ACMLiftingLives.org.

Warner Music Nashville was created in 2009 under the leadership of Chairman & CEO John Esposito. It continues to champion Warner Music Group’s presence in the Nashville music community its family of labels have called home for more than 60 years. Esposito’s dedication to innovation and artist development has allowed WMN to make history time and again, with 65 No. 1 singles from artists spending more than 92 weeks at the top of the charts. This success has resulted in a quadruple increase in market share over the past decade, with the roster receiving multiple awards and nominations from the Academy of Country Music Awards, American Music Awards, Billboard Music Awards, Country Music Association Awards, GRAMMY Awards and more in a full range of categories, from New Artist to Entertainer of the Year.